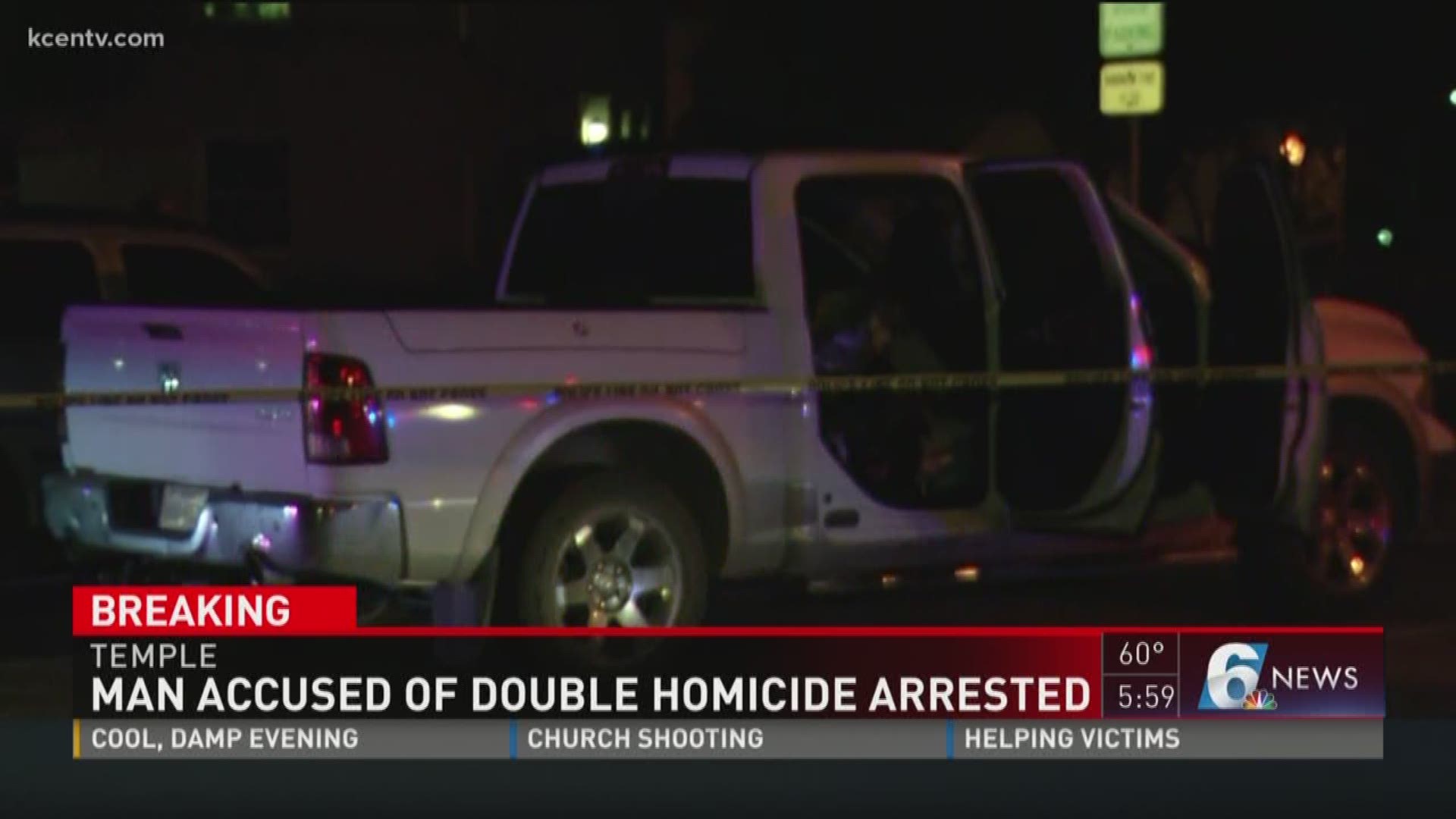 Temple Police Officers and Bell County Constables arrested in Temple on Tuesday the 26-year-old man the McLennan County Sheriff's Office said shot and killed his 1-year-old biological daughter and the baby's 24-year-old mother this past weekend.

Christopher Paul Weiss, 26, was pulled over in his vehicle Tuesday evening and taken into custody, according to McLennan County Chief Deputy David Kilcrease.

McLennan County Sheriff Parnell McNamara said Weiss was arraigned Tuesday night on two counts of capital murder before being transported to the McLennan County Jail, where he was booked on one million dollars bond.

Weiss was married to another woman, with whom he had two daughters, according to McNamara. Both the wife and his other daughters were in the pickup truck at the time of his arrest. According to McNamara, Weiss was under surveillance at a home on Berger Road in Temple while detectives were working to obtain a warrant for his arrest. At some point on Tuesday, he took off with his family in the pickup truck, at which point officers went ahead and stopped his vehicle -- taking him into custody without incident, according to Temple Police Department Spokesperson Shawana Neely.

McNamara said Weiss had been living in Temple after moving from Waco not long ago. According to the McLennan County Sheriff's Office, he had no significant prior criminal history. Weiss was first interviewed Sunday -- shortly after a group of people found the two bodies and called 911, according to law enforcement. 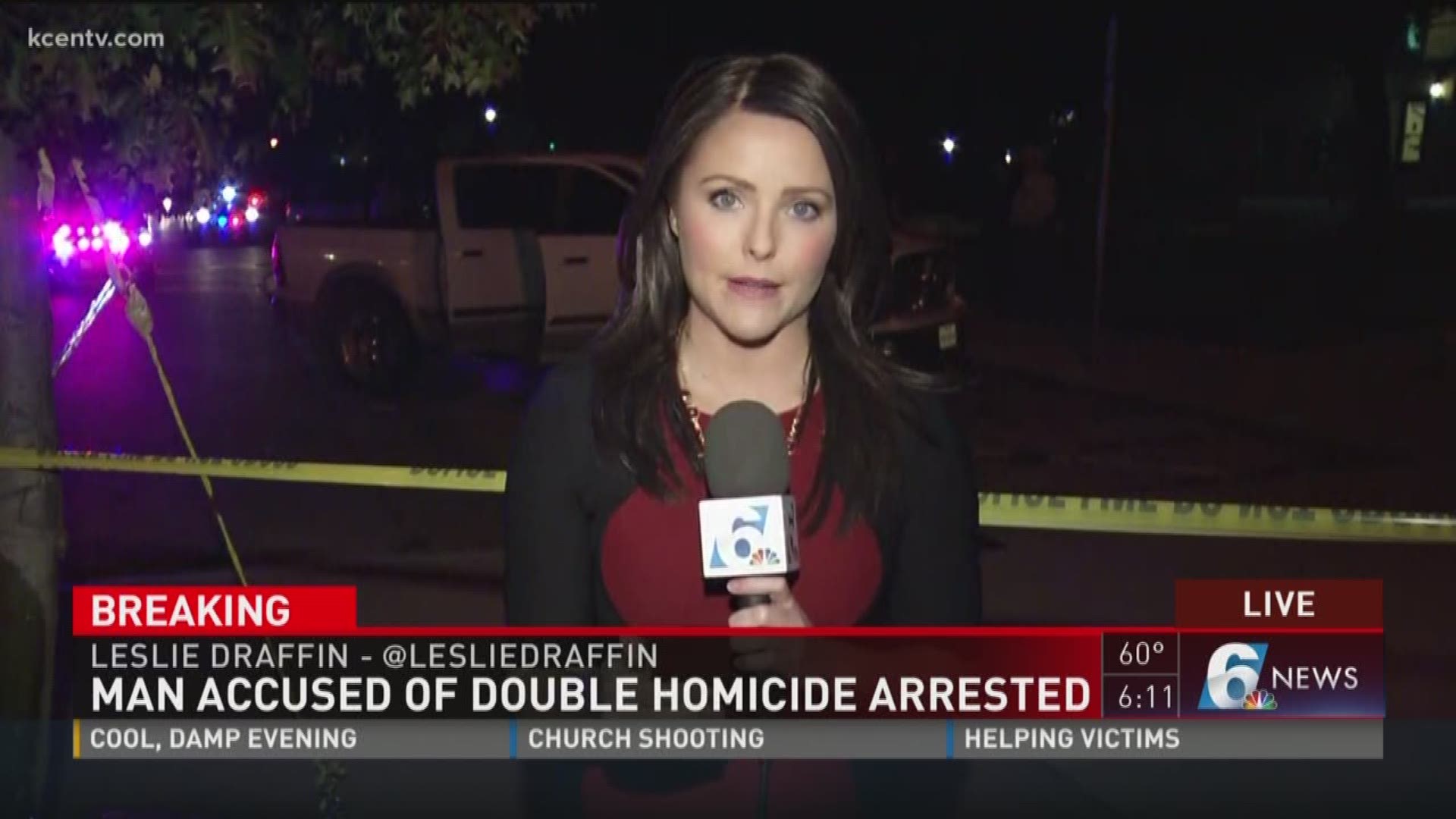 The adult victim Valarie Martinez, 24, was found lying on the ground at McLennan County Road Park 3 on Tradinghouse Lake in McLennan County around noon Sunday with a gunshot wound to her head, according to law enforcement. Her 1-year-old daughter Azariah was found strapped in the car seat of an adjacent vehicle, shot execution-style in the head, authorities said.

Weiss told detectives he had been in a romantic relationship with Martinez until Oct. 30 and believed he had fathered Azariah, according to his arrest affidavit. The complaint claimed Weiss admitted to lying to investigators and admitted to owning a .22 caliber revolver that he normally kept in a tool bag in the toolbox on his pickup truck. During his initial interview, he claimed the weapon had been stolen in at the Walmart in Bellmead several months ago, although the revolver was never formally reported stolen, according to the affidavit. It was not immediately clear if that might have been the same weapon authorities said they found in his vehicle when he was arrested Tuesday.

The McLennan County Sheriff's Office said it believed to have a motive figured out on Tuesday, but McNamara declined to elaborate further. However, the affidavit may offer some clues, as to what detectives might be pursuing as a possible motive. Investigators interviewed a man who claimed to have witnessed Christopher arguing with Martinez before the detectives believe the pair ended up together at the lake, the affidavit said.

Weiss' sister was in the middle of an interview with investigators on Monday when Weiss called her and she put him on speaker phone. During that phone call, the affidavit stated Weiss admitted to lying during his own interview and claimed he would fail a scheduled polygraph test -- which he ultimately canceled anyway on Tuesday. He also told his sister he and Martinez had talked about going to Tradinghouse Lake, the affidavit said.

Another person interviewed by investigators said Martinez once told Weiss she would make him pay child support if he was not going to be involved in Azariah's life, according to the affidavit. For his part, Weiss denied Martinez wanted child support, the affidavit said. 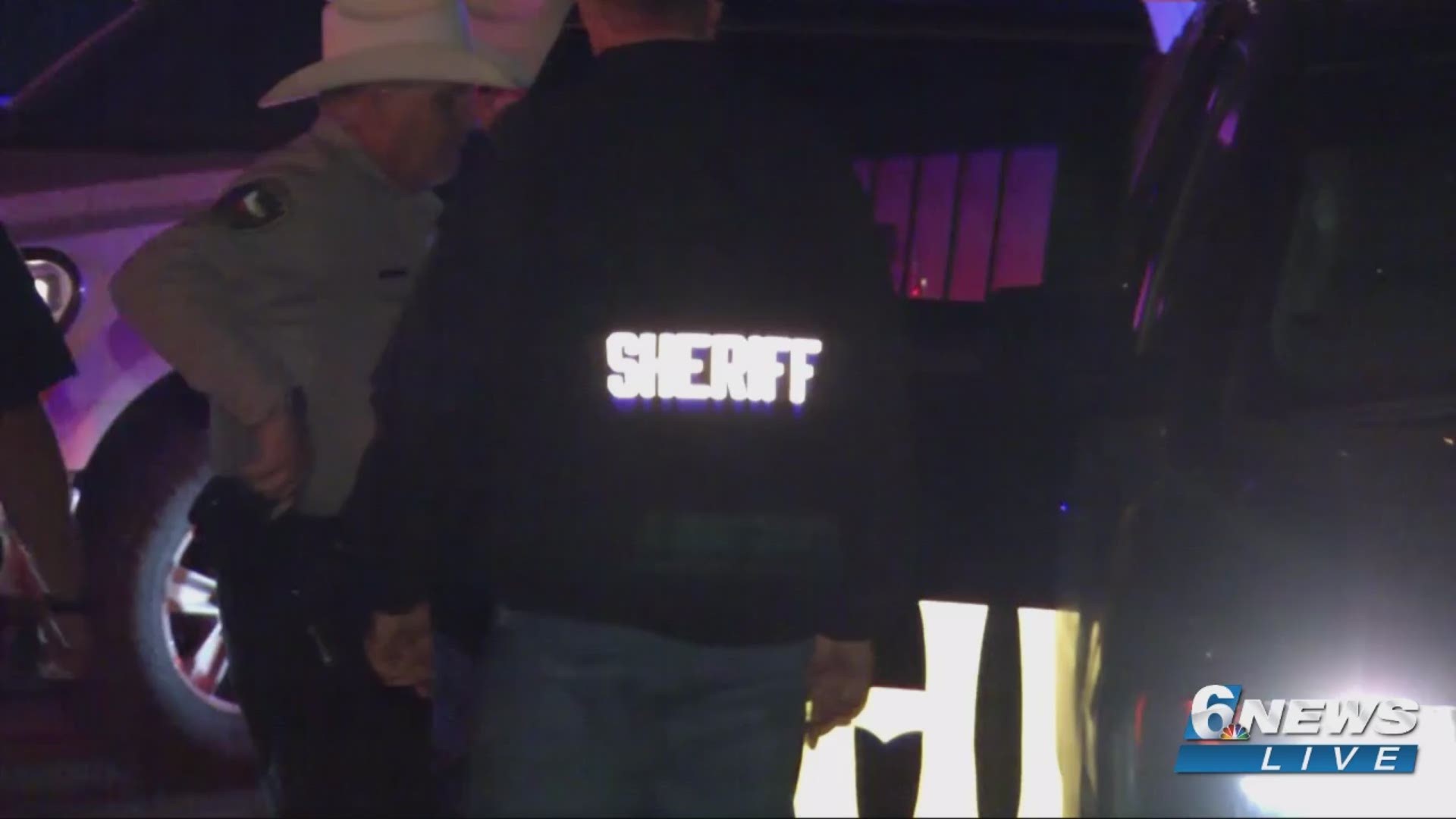 On Tuesday, investigators interviewed a 9-year-old girl described as only a witness. The 9-year-old said Martinez told her she was going to meet Azariah's dad at the lake and took Azariah with her, according to the affidavit. The 9-year-old said Azariah's dad drove a white truck, which is the same color as the Dodge Ram vehicle in which Weiss was arrested near the intersection of Main Street and Central Avenue in Temple on Tuesday, according to investigators.

On Monday, McNamara described the homicide as "very disturbing" and "very heartbreaking."

"Very seldom do you see a one-year-old child that's been gunned down. What kind of animal does something like that?" McNamara said.

Valarie and Azariah will be missed. Valarie was such a kind and outgoing person. Her spunk will be missed by everyone. Azariah is one of the most precious babies I have ever met, and Valarie loved her with all of her heart. I am saddened by the death of my friends, grateful the McLennan County Sheriff took action, investigated and arrested the monster. And, I hope whatever his sentence is, it's slower and more gruesome then how my friends left.