"I thought it was all a part of God's plan" man accused of stabbing, beating, setting Waco man on fire expected to plead not guilty 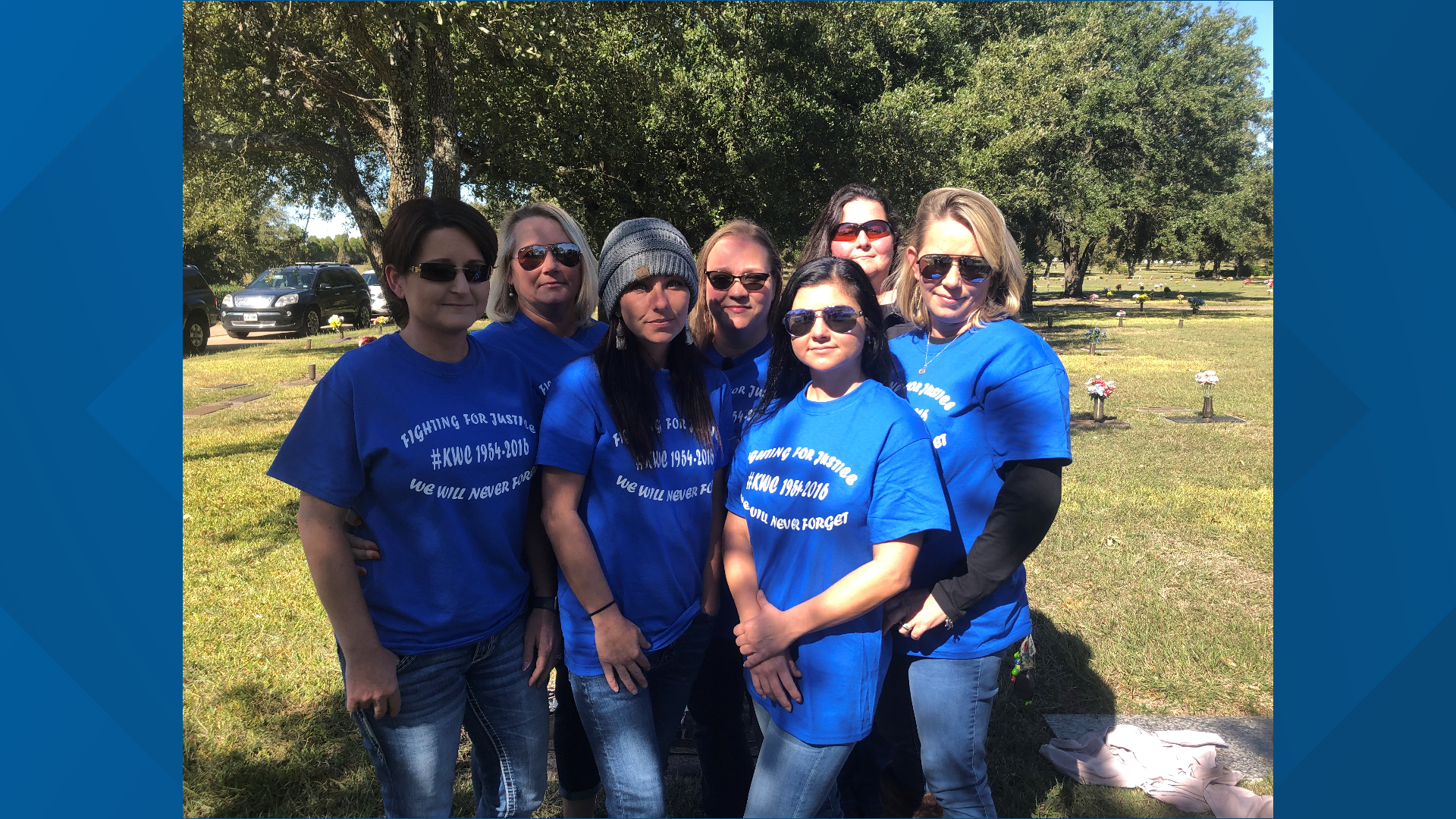 WACO, Texas — The man charged with killing a Waco AT&T worker in 2016, is expected to plead not guilty by reason of insanity on Monday.

Zachery McKee faces first-degree murder charges in the brutal death of Kenneth Cleveland. Cleveland was found dead on April 22, 2016, in an alley where he'd been working. He had been stabbed more than twenty times, beaten and set on fire.

Cleveland's daughters met with McLennan County DA Barry Johnson Tuesday about the case for the very first time. They all wore matching blue shirts with “fighting for justice” and their father’s initials and dates of birth and death on them.

The sisters wanted to know what an insanity plea really means and worry it won't bring justice for their father's murder.

"Everybody feels it, it's not justice," said Amber Cleveland, Kenneth Cleveland’s youngest daughter.

Mckee will face Judge Matt Johnson Monday for a hearing to determine whether he was insane at the time Cleveland was killed.

Three mental health professionals have evaluated Mckee, two ruled he was insane when he killed Cleveland, one disagreed, determining he was sane.

McKee was evaluated on July 7, 2018, by Dr. Lee Carter, a Waco Psychologist. During his evaluation, McKee freely broached the subject of the killing and did not deny his involvement. He reportedly told Carter, “Ravens, you know, crows, were crowing and communicating, they were crowing and speaking in English. They were saying, ‘Sting operation, sting operation.’ I thought it was all part of God’s plan.”

During the evaluation, McKee said, “I felt like I had to attack him” and that when he stabbed Cleveland he was “kind of dreaming, you know how when you dream you do things without your control? I knew I was doing it but it was like a dream.”

Later in the evaluation, McKee said he took Cleveland’s shirt off and burned it with butane off the barbeque pit. He said he also burned Cleveland’s pants, but “it didn’t burn all the way.” McKee then said, “I know I did wrong. I possessed a delusion that wasn’t even real. You wonder why it’s there. It was really because I heard the birds and I was possessed and had to do it.”

Carter determined McKee was insane at the time of the offense and said McKee poses a threat to society by virtue of his mental illness if not held in a secure facility for serious and potentially aggressive mentally ill offenders.

McKee was evaluated on Jan. 10  by Dr. Stephen Mark. Mark didn’t interview McKee in person but based his evaluations on his prior files on McKee. He had evaluated him in 2014 for sanity in another case, as well as Carter’s files, the D.A.’s files and information from jail staff.

Mark’s evaluation began with saying McKee “hit the victim with a shovel and disposed of the shovel in a ditch.”

Sometime later he said McKee tried to go back and get the shovel, but it wasn’t there. Mark also said McKee took the victim’s wallet and $60 and tossed it in a trashcan down an alley.

According to Mark, “These actions can speak to motive and trying to conceal objects involved in the crime."

Mark said McKee fled the scene and didn’t make any attempt to notify anyone of what happened. He also didn’t know the victim. Mark noted that McKee thought the victim was a robot or droid he had to attack.

McKee was evaluated a third time on Sept. 5.

Dr. Maureen Burrows’ report was provided to 6 News by Kenneth Cleveland’s family who received it from the McLennan County DA’s office.

In the evaluation, Burrows went into greater detail than the previous reports. She interviewed McKee in person for three hours, reviewed his prior mental status including hospital and jail records, and listened to his confession.

In Burrows’ report, she detailed McKee’s prior hospitalizations, the first in 2013 for hallucinations. She said he has had multiple suicide attempts and has been diagnosed with schizophrenia and bipolar disorder.

During Burrows’ report, McKee also talked about hearing birds, believing Cleveland was a robot or a droid and that he felt God told him to do it. She highlighted the fact that McKee said he “had to do what God wanted [me] to do” and that he “didn’t think [he] was going to get in trouble for it because [he] did what [he] was told.”

Tom Needham with the DA's office said, if McKee is found insane during Monday’s hearing, he would be sent to a mental health facility and could be held for the rest of his life.

According to Needham, if that happens, each year a judge will make another ruling to determine if McKee is still a threat to the community and should remain committed in a facility. Needham said with a crime like this “it’s highly unlikely a court would ever find McKee not a danger to the community” and he’d be “surprised if McKee was ever released.”

Cleveland's daughters worry with a ruling like this they'll never find the closure they deserve.

"We can't get justice for our dad in the sense that the person who took his life is going to be held responsible because to me, a mental hospital he's not being held responsible for what he took from us. None of us are the same. Zachary didn't just didn't kill my father. He killed every single one of his daughters. I mean, there's pieces of us that we'll never get back,” Pamela Mulbah said.