Otis Mallet's case is just one of thousands tied to former HPD narcotics officer Gerald Goines that are under review. 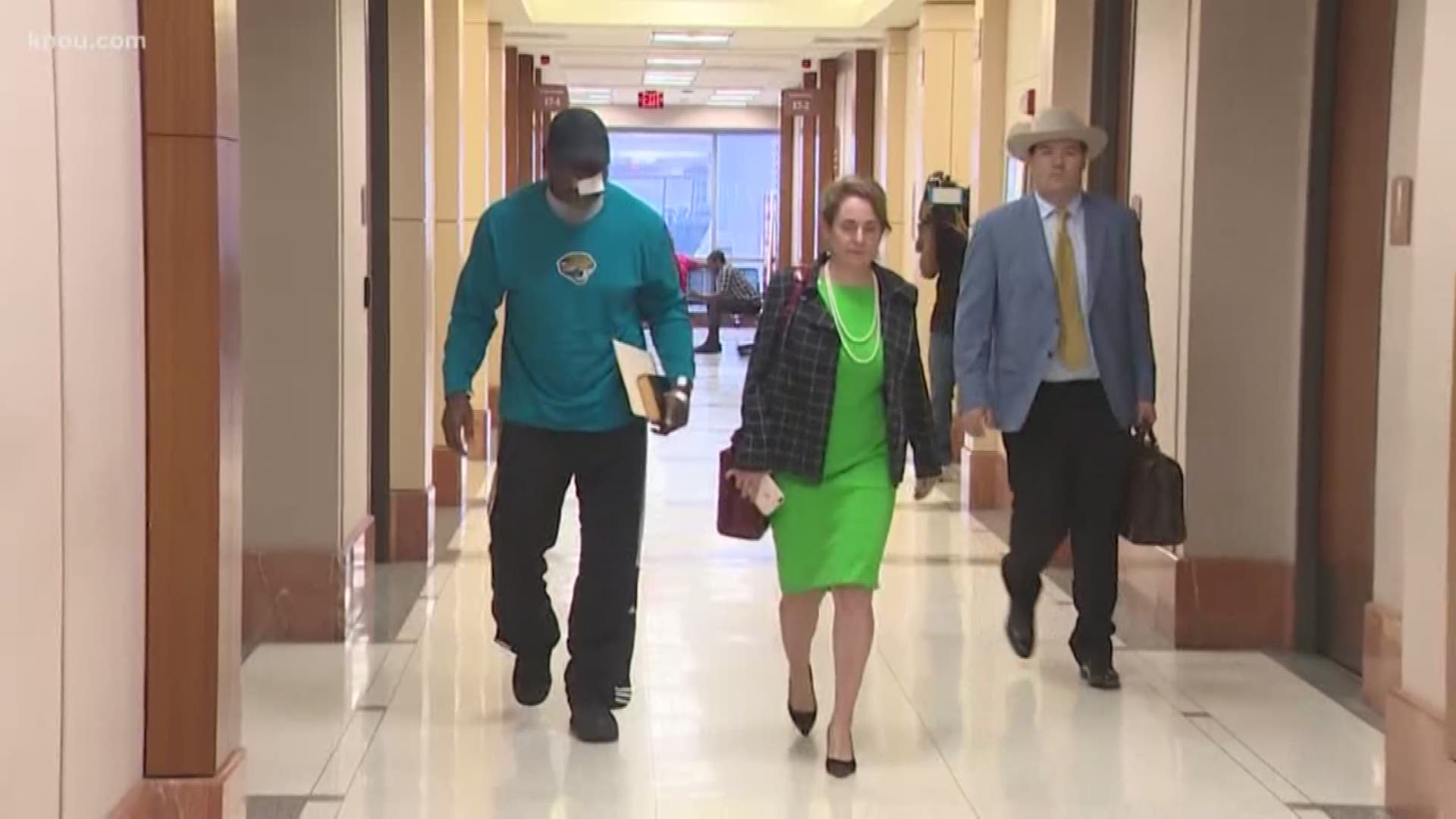 She added during a Monday morning court hearing that Otis Mallet was the victim of misused authority in an unrelated case.

Ogg spoke with Mallet before the hearing and told him what happened was a terrible thing.

"To say that it’s rare when the prosecution and defense joint together is an understatement," said Ogg. "But you’ve just witnessed that.”

Both sides agreed that Mallet was wrongfully sent to prison in 2011 for drug possession thanks, primarily, to Gerald Goines’ testimony.

Prosecutors believe no reasonable jury would have convicted Mallet based on newly discovered evidence that shows Goines lied just like he’s accused of doing before last year’s raid.

“Now we know Mr. Goines was lying and using the district attorney’s office as a tool to convict people wrongfully more than a decade ago,” Ogg said in a press release on Tuesday. “This case also raises questions about how buy-money was being issued by the Houston Police Department’s narcotics division, and how drug payouts were being supervised and audited.”

During Mallet’s trial, Goines told jurors he was working undercover when he arranged to buy crack cocaine from Mallet’s brother, Steven for $200.

Two neighbors disputed the Goines’ testimony, but jurors sided with the officer. Otis Mallet was convicted and sentenced to eight years in prison. He spent two years behind bars.

Comeaux accompanied Mallet to court and spoke on his behalf after a judge declared him innocent.

Her recommendation will go to the Texas Court of Criminal Appeals for approval.

"This is a great example of injustice," said Comeauz. "And how justice can take its course and things can come out right for a good family.”

The DA’s office has already dismissed a bunch of pending cases tied to Goines in the wake of the Harding Street raid.

The ramifications of it seem never-ending.

"We're still looking at how far back Goines' corruption goes and what that means in terms of implications for others."

Here's a statement from Mallet's attorneys:

We are thankful that the District Attorney, Kim Ogg, joined us in our effort to have Otis Mallet declared actually innocent. We are also thankful that Judge Ramona Franklin found that Mr. Mallet is innocent of the crimes alleged at his trial and has recommended to the Court of Criminal Appeals that Mr. Mallet be granted full relief from his convictions. We are now one step closer to reversing the injustice inflicted upon Mr. Mallet and his family.