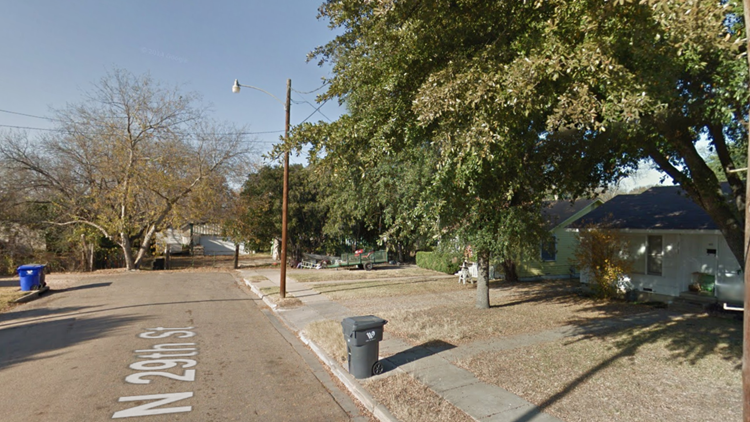 Man robbed at gunpoint of phone, shoes outside his Waco home

WACO, Texas — A man was robbed at gunpoint in a Waco neighborhood Wednesday.

Police were called around 11:20 p.m. after a shot was fired in the 3100 block of N. 29th Street, investigators said. Officers found a man in the area that said he had been held at gunpoint and robbed. The victim said he had just pulled up to his home and parked his car when he noticed a white SUV pull up. Two men got out of the SUV and one of them pulled a gun and demanded the man’s phone, keys, and shoes, the victim said.

The thieves ran back the SUV and fired a shot before driving away, the victim said.

No one was injured and no arrests have been made.

It is unclear if the robbery is related to a deadly shooting in which a 19-year-old was found shot in his chest and killed in 4500 block of Cedar Mountain Drive.