21-year-old Jacob Cadena was wanted for questioning in connection to an aggravated assault in Belton, police said. He shot and killed himself just before noon Tuesday, after getting into a brief struggle with a detective. 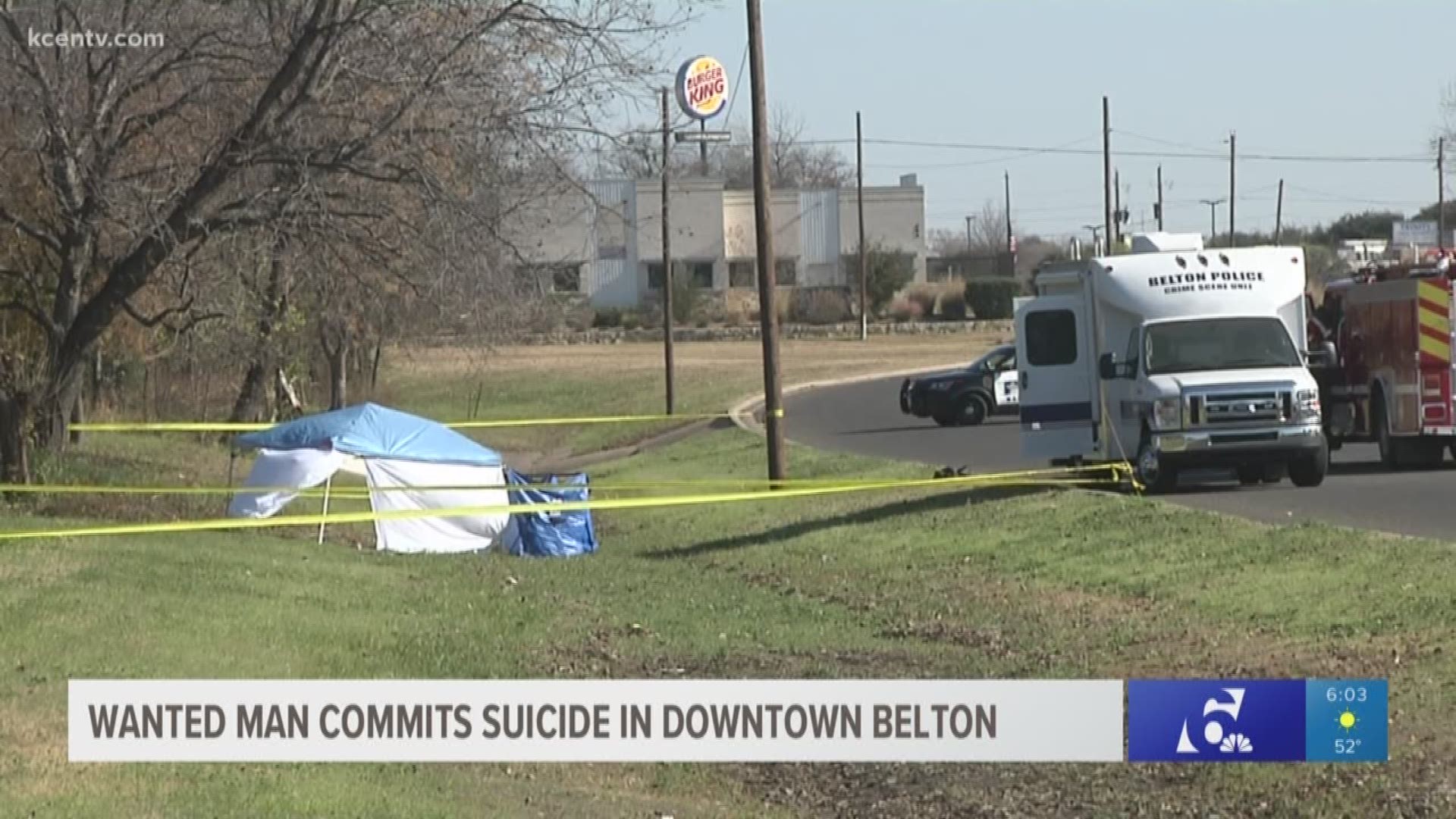 BELTON, Texas — 21-year-old Jacob Cadena shot and killed himself in downtown Belton just before noon Tuesday, according to the Belton Police Department.

City spokesperson Paul Romer said Cadena had been wanted for questioning related to an aggravated assault that happened over the weekend.

A Belton Police Officer was driving in the 500 block of 2nd Ave., across from the Bell County Tax Assessor's office, when he saw Cadena, according to Romer.

The officer called for backup and as the officer and a detective approached him, Romer said Cadena pulled out a gun.

Romer said Cadena and the detective began to struggle before he shot himself in the head. Romer said the detective was so close to Cadena that it would not have been safe for the other officer to shoot him.

CPR was performed on Cadena in an attempt to save him but Romer said he died at the scene.

The detective and the officer were not injured.