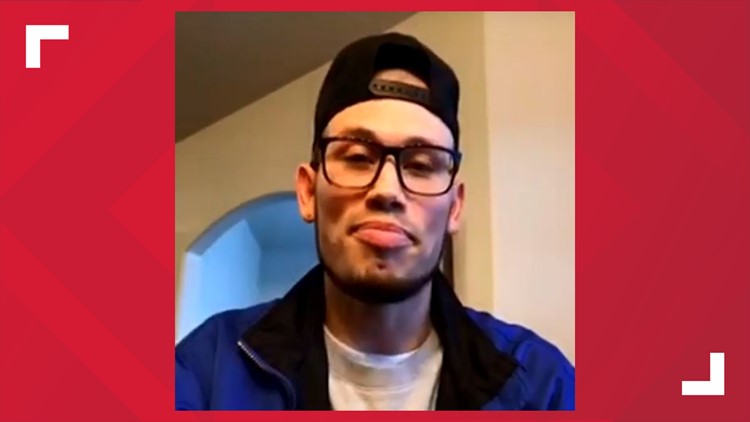 A teen told her dance teacher and her husband she was sexually abused by her dad. The man then pursued a sexual relationship with her, police say.

A man who worked at a volunteer organization in Scottsdale is accused of sexually abusing one of his wife's dance students after the teenage girl disclosed to the couple that she had been sexually abused by her father since she was 8.

John Ivory Myers, 34, was arrested in Phoenix on Monday on one count of sexual abuse, the Maricopa County Sheriff's Office said Thursday.

According to court documents, the 16-year-old girl told her dance instructor and Myers, her husband, that she had been sexually abused by her father since she was 8. After that, the girl told authorities, Myers began to pursue a relationship with her.

Myers allegedly sent sexually explicit messages and nude photographs to the 16-year-old girl and asked her to send sexually compromising photographs of herself to him.

It was not immediately clear when the alleged abuse began. The court paperwork said the offense occurred in May, but also discloses an incident from May 2018 where Myers allegedly touched the girl's genitals over her clothes while they were in his car.

According to the paperwork, the girl explained that her father found the nude photographs of her and Myers on her laptop, told her he was going to store the photographs and made an agreement with the girl that he would not show her mother the photos "as long as she did sexual acts with him."

The girl's pastor reported the abuse at the hands of Myers and the girl's father to Maricopa County Sheriff's Office on Sept. 18.

The girl told authorities during an interview on Oct. 4 that her father began sexually abusing her when she was 8. The girl's father was arrested that same day and interviewed about the allegations made against him. According to court paperwork, he said he stored the explicit photos of his daughter in a folder on his cell phone.

According to court documents that detailed the victim's father's arrest, who 12 News is not identifying in order to protect the victim, the father allegedly touched the girl's genitals "many times" from when she was 8 until 16.

According to court documents, he apologized for doing all those "inappropriate things" to her. The father also said he kept the nude photographs of the girl to report the incident to police.

The father admitted to the alleged crimes in an interview with authorities. He is now facing 20 counts related to child molestation, sexual conduct and sexual assault.

He was ordered to post a $100,000 bond to be placed on electronic monitoring and is set to appear in court next on Oct. 15.

According to court documents, Myers said he shouldn't have sent the nude photographs of himself to the teenage girl and promised not to do it again.

Myers admitted to detectives on Oct. 7 that he exchanged sexually explicit messages and several nude photos and videos of himself to the girl. He also admitted to touching her genitals over her clothes.

Detectives also said Thursday that Myers was employed on at least a part-time basis at various dance studios and youth academic environments in Maricopa County. The sheriff's office did not specify where Myers had worked.

Sgt. Bryant Vanegas with the Maricopa County Sheriff's Office said Thursday that the alleged crime did not occur at one of the dance studios that Myers worked at.

Court documents obtained by 12 News on Friday showed that Myers has worked at The Be Kind People Project in Scottsdale for a year.

According to its website, the non-profit is "dedicated to providing students with comprehensive youth development programming that effectively combines social and emotional learning with academics."

Myers could face more charges pending cell phone and laptop analysis. He was ordered to post a $75,000 bond to be placed on electronic monitoring and is set to appear in court next on Oct. 15.

If you know anything about this crime or any other crime, you are asked to contact the sheriff’s office at 602-876-TIPS(8477).