Man, woman on run after brutal stabbing in Temple neighborhood

Temple Police Department said a man with stab wounds was taken to a nearby hospital. 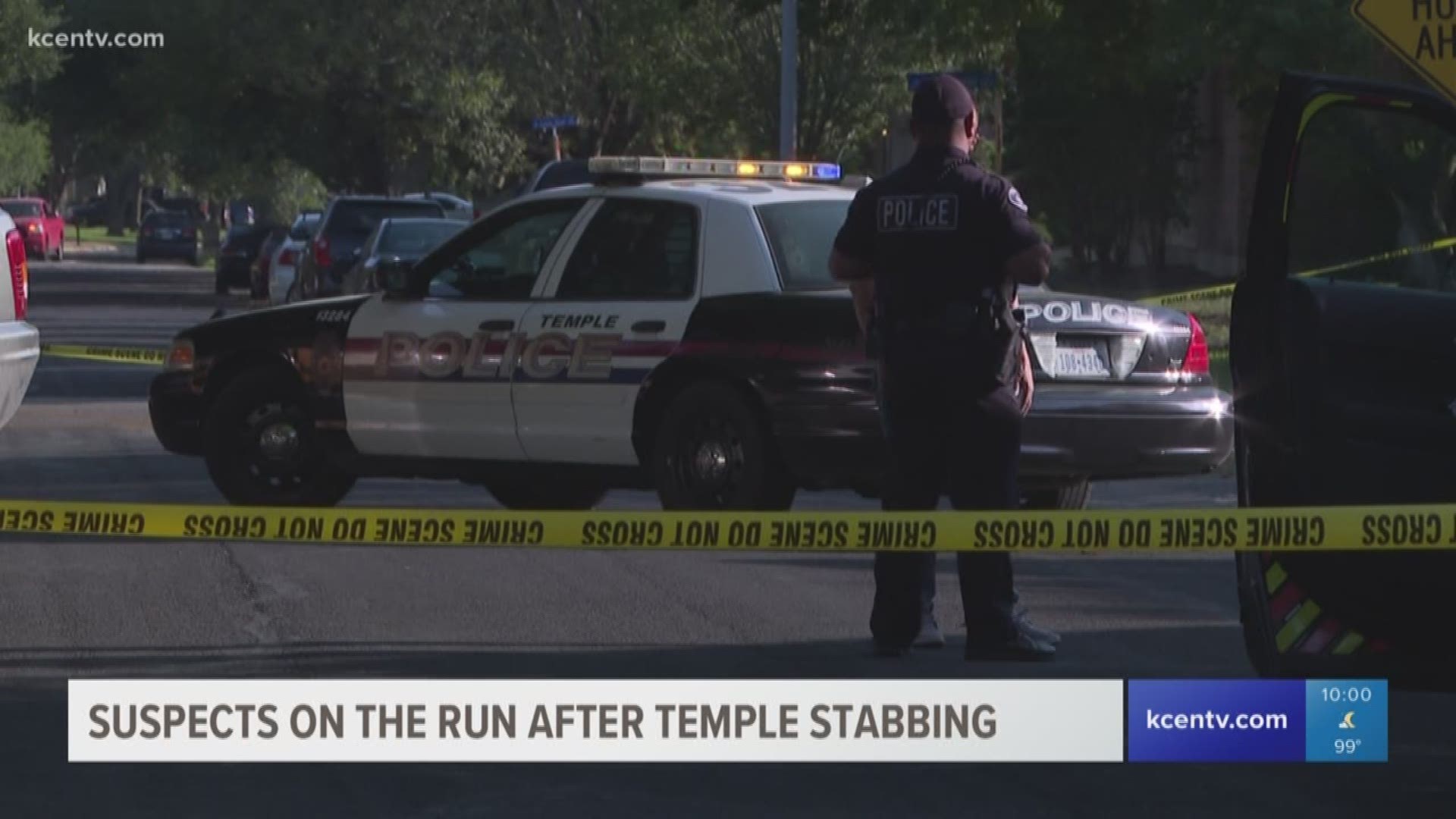 TEMPLE, Texas — Temple police are searching for a man and woman after finding a victim suffering from stab wounds Sunday afternoon.

Temple Public Information Officer, Chris Christoff, told 6 News that officers responded to a call at 4:43 p.m. and were dispatched to Longhorn Trail.

When officers arrived to the scene, they found a man with stab wounds on his back. He was driven to Baylor Scott and White Medical Center. The condition of the victim is unknown.

Police said two suspects, a man and a woman, reportedly fled in a black Chevrolet Cobalt. TPD said one suspect is described as a 5-foot, 8-inch Hispanic man, wearing a flannel shirt and black pants.

Channel 6 News will update this story with more information as it becomes available.

Here are new laws going into effect in Texas September 1