Drejka was convicted of manslaughter in the 2018 shooting death of Markeis McGlockton over a parking spot at a Clearwater convenience store. 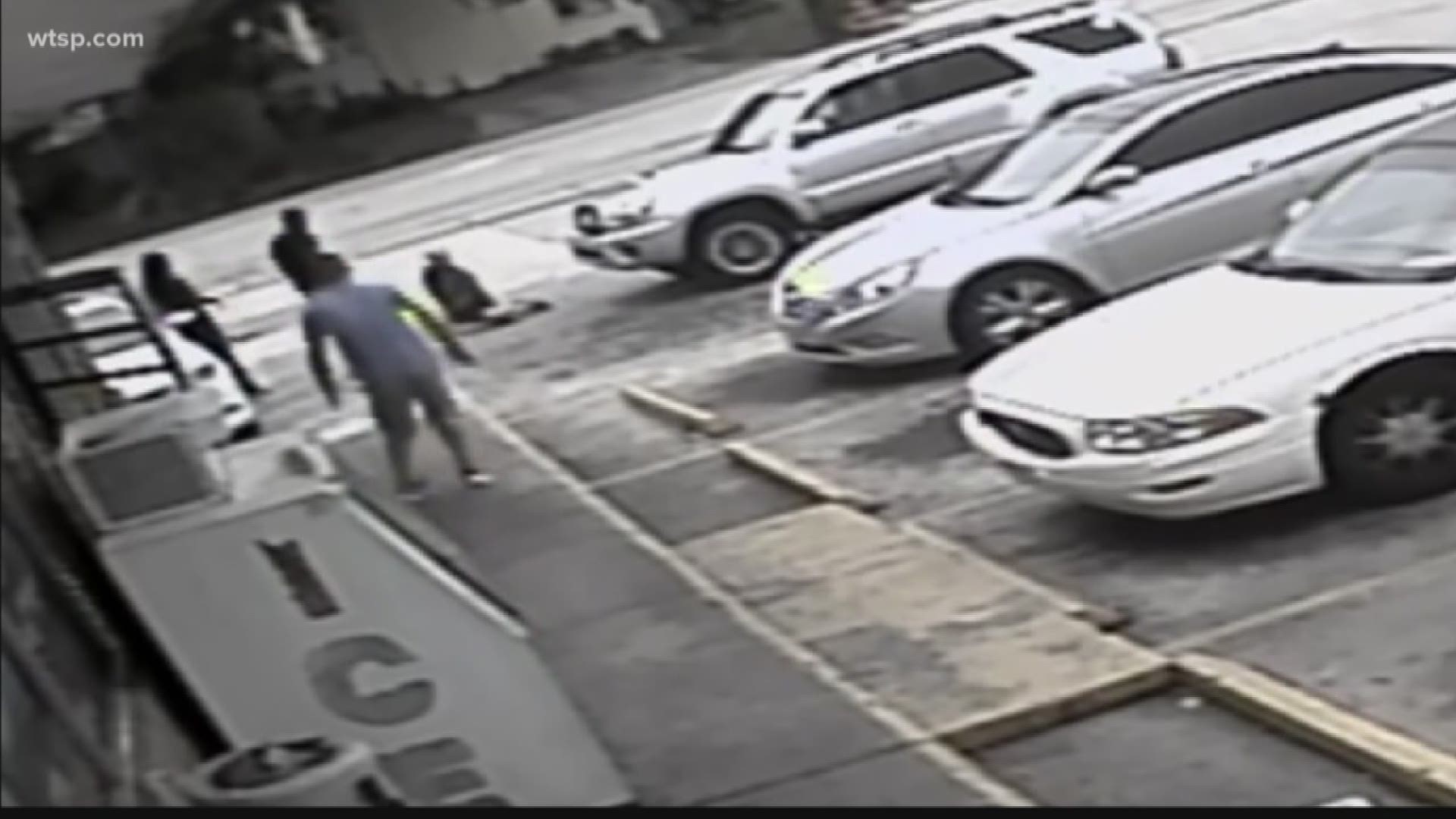 CLEARWATER, Fla. — Michael Drejka, 49, has been sentenced to 20 years in prison for killing Markeis McGlockton during an argument over a handicapped parking spot.

A judge handed down the sentence Thursday morning, almost two months after Drejka was found guilty of manslaughter in the shooting death of McGlockton.

Drejka showed no emotion as Judge Joseph Bulone sentenced him two decades behind bars for a deadly confrontation captured on surveillance cameras.

“And let me say this about the video,” Judge Joseph Bulone said. “Believe your own eyes.”

The judge says Drejka will be credited 92 days for time served. The judge also ordered a $5,000 restitution lien to be paid to Britany Jacobs, McGlockton's girlfriend and mother of his four children.

"No words...for the hole this has left in my world," Jacobs said.

Jacobs was at the convenience store on the day of the shooting. She was in the car with their son parked in the handicapped parking spot.

Drejka's defense team spoke first Thursday, asking the court to consider things like how the shooting was isolated and not pre-meditated. Drejka did not make a statement.

“He was somewhat surprised by the 20-year sentence instead of 30,” said Drejka’s defense attorney John Travena. “But, again, we believe that his actions were totally justified and that we will prevail on appeal.”

McGlockton's mother, Monica Moore-Robinson, spoke next saying, "I don't hate you, but I will never forgive you."

When McGlockton's father spoke, he said: "If God takes my life before I can forgive you, then I will see you in Hell...mark my words."

In July of 2018, Drejka shot and killed McGlockton, 28, during an argument over a handicapped parking spot at a Clearwater convenience store. Drejka had confronted McGlockton's girlfriend, who had parked in the spot with their 5-year-old son.

Security footage shows McGlockton leaving the store and shoving Drejka to the ground. Seconds later, Drejka pulls out a gun and shoots McGlockton as he backed away.

The case got national attention.

Although Drejka never used a “Stand Your Ground” defense during his trial, the case once again put the spotlight on Florida‘s controversial self-defense law.

Attorneys for McGlockton‘s family say they hope Drejka’s conviction will persuade Florida lawmakers to revisit and clarify the law, which they say treats people of color unfairly.

Drejka has thirty days to appeal. His defense attorneys said that the process is already underway and that they believe they have several grounds upon which to do so.

Asked about a pending appeal, attorneys for McGlockton’s family said they see no legal reason to overturn the verdict or Drejka’s sentence.

RELATED: Michael Drejka guilty of manslaughter in the shooting death of Markeis McGlockton