Watch: Scary moment when naked man with a bat smashes into family's home in Spring

Surveillance cameras caught video of the bizarre and frightening events. 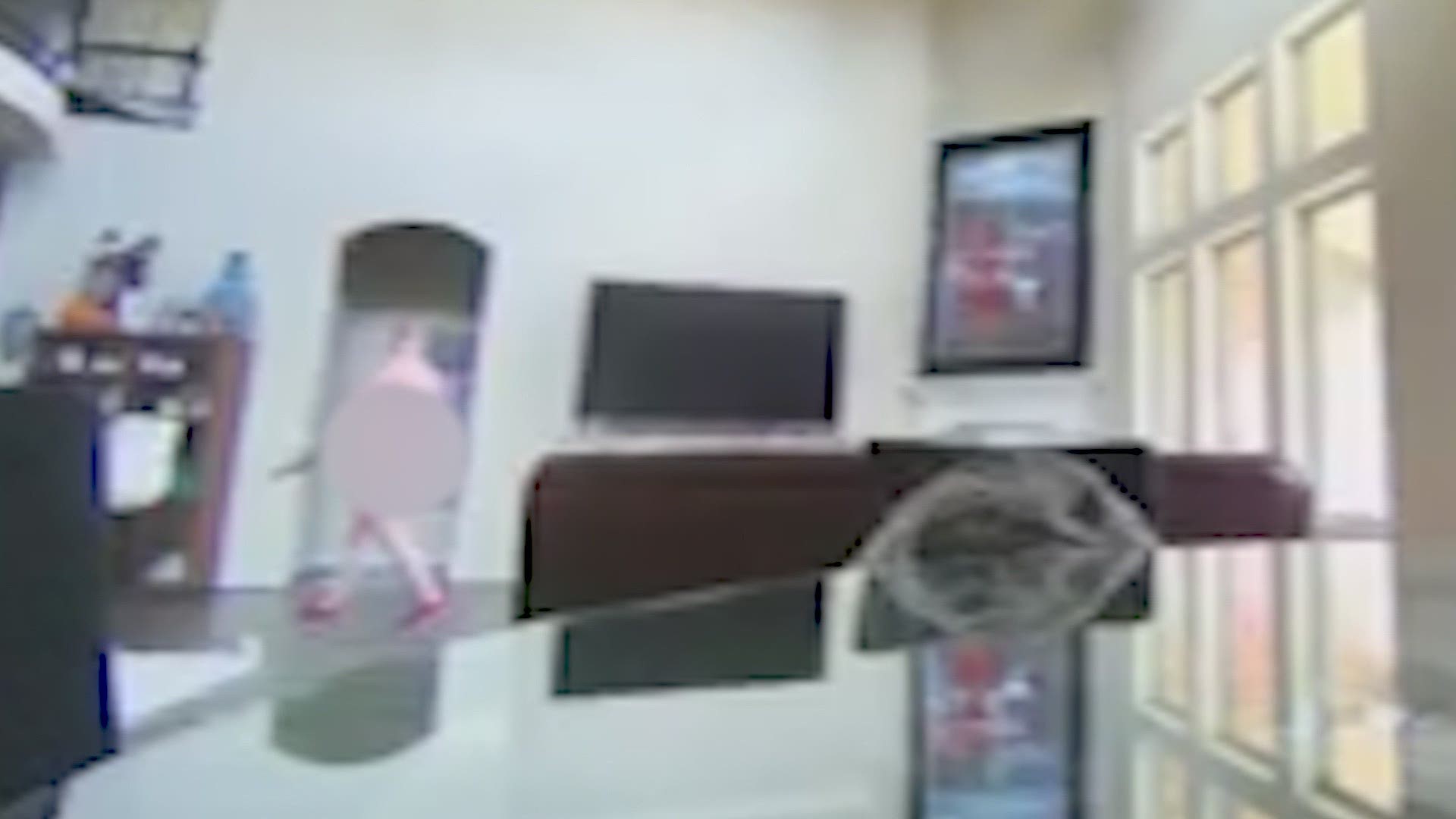 HOUSTON — A bizarre home invasion was caught on surveillance video Saturday morning. It shows a naked man armed with a baseball bat breaking into a house in Spring.

Luckily, nobody was at home when it happened, but the video is nonetheless frightening.

“It seemed pretty surreal, you know,” homeowner Scott Faisal said. “The gentleman had no clothes on, that was another thing; it just seemed like a scene out of a horror movie.”

Faisal and his family were more than 1,000 miles away in Virginia when the home invasion happened.

Authorities said the nude intruder, who has been identified as Guy Dixon, walked around the family’s home at approximately 11 a.m. and even tried to get into the backyard through the locked gate.

Video shows him wandering throughout the home with alarms sounding in the background.

Faisal said he decided to move his family out of state about one month ago. He said crime in the part of Spring where he lived seemed to be getting worse.

“Just overall, I felt like things were getting closer and closer, from a crime perspective you know,” Faisal said. “Home burglaries, stores, you know, things like that, so it just made us reevaluate our decision to stay there.”

He is grateful he listened to his gut and glad to see the naked guy who broke into his home has been caught.

“I am thanking God on a daily basis,” Faisal said. “There are multiple times during the day when I am saying that.”

Harris County Precinct 4 Constable Mark Herman said it appeared the man was on drugs and says he has been charged with burglary of a habitation.