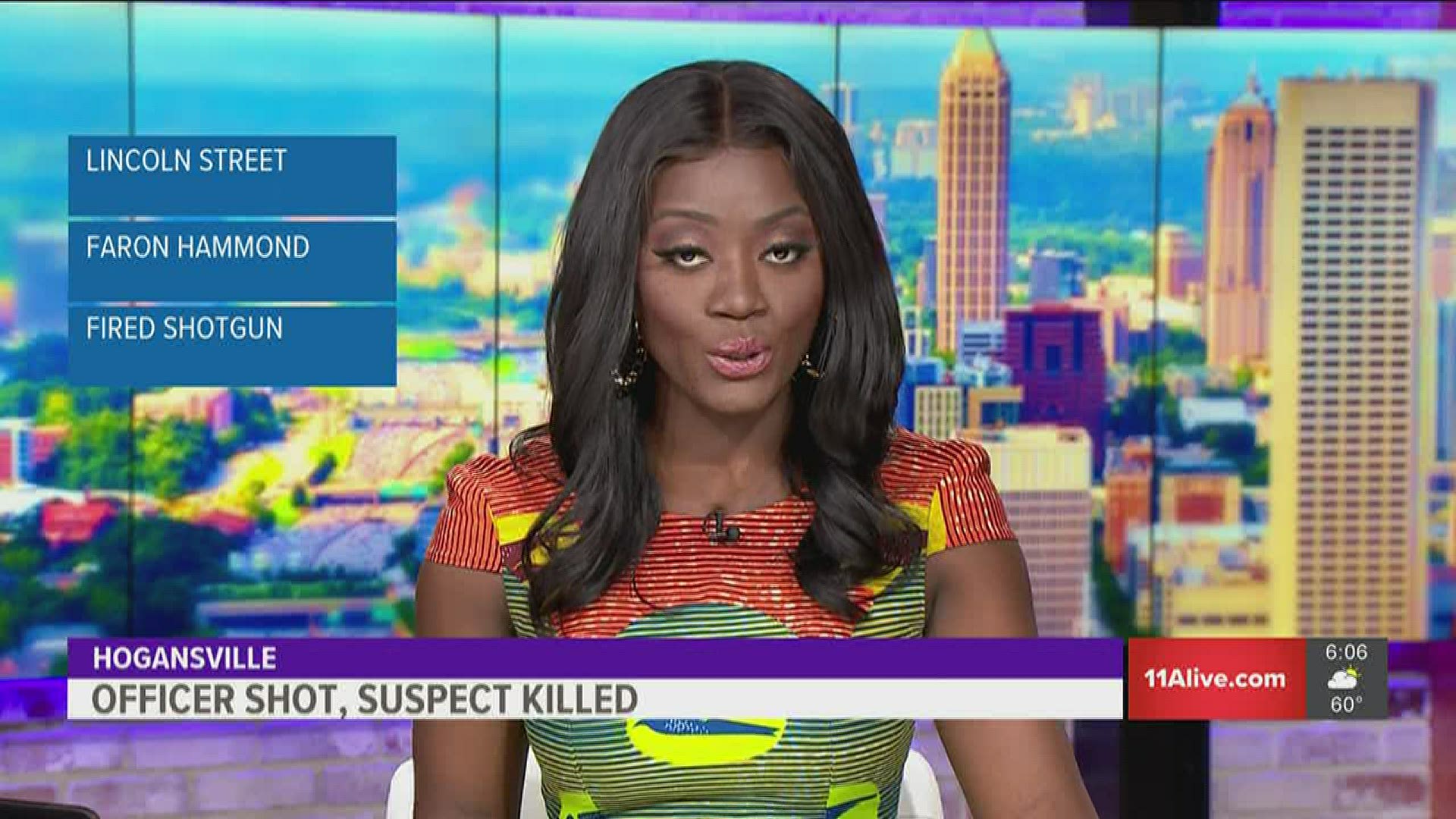 HOGANSVILLE, Ga. — An officer is recovering from a shotgun blast after a confrontation in Hogansville that left the suspect dead.

According to the Georgia Bureau of Investigation, officers with the Hogansville Police Department were first called to 600 Lincoln Street around 9:28 p.m. Officers arrived and attempted to speak with 61-year-old Faron Morris Hammond regarding a noise complaint. They ultimately left without speaking with him.

But, around 9:40 p.m., the GBI reports that dispatchers received a call from a different person regarding noise at the location. Officers went back to the Hogansville address and were able to speak with Hammond briefly through the door. That's when police said Hammond fired one time at officers with a 12-gauge shotgun, striking one.

Officers returned fire killing Hammond inside the home. The officer who was hit, according to authorities, received injuries that were not considered life-threatening though they did require hospitalization.

The GBI has since taken over the investigation and will turn over its findings to the Coweta Judicial Circuit District Attorney's Office for review once that investigation is complete.