Investigators say a masked man jumped on a table and threatened to kill himself, causing panic inside the mall. The resulting chaos led to two people getting hurt. 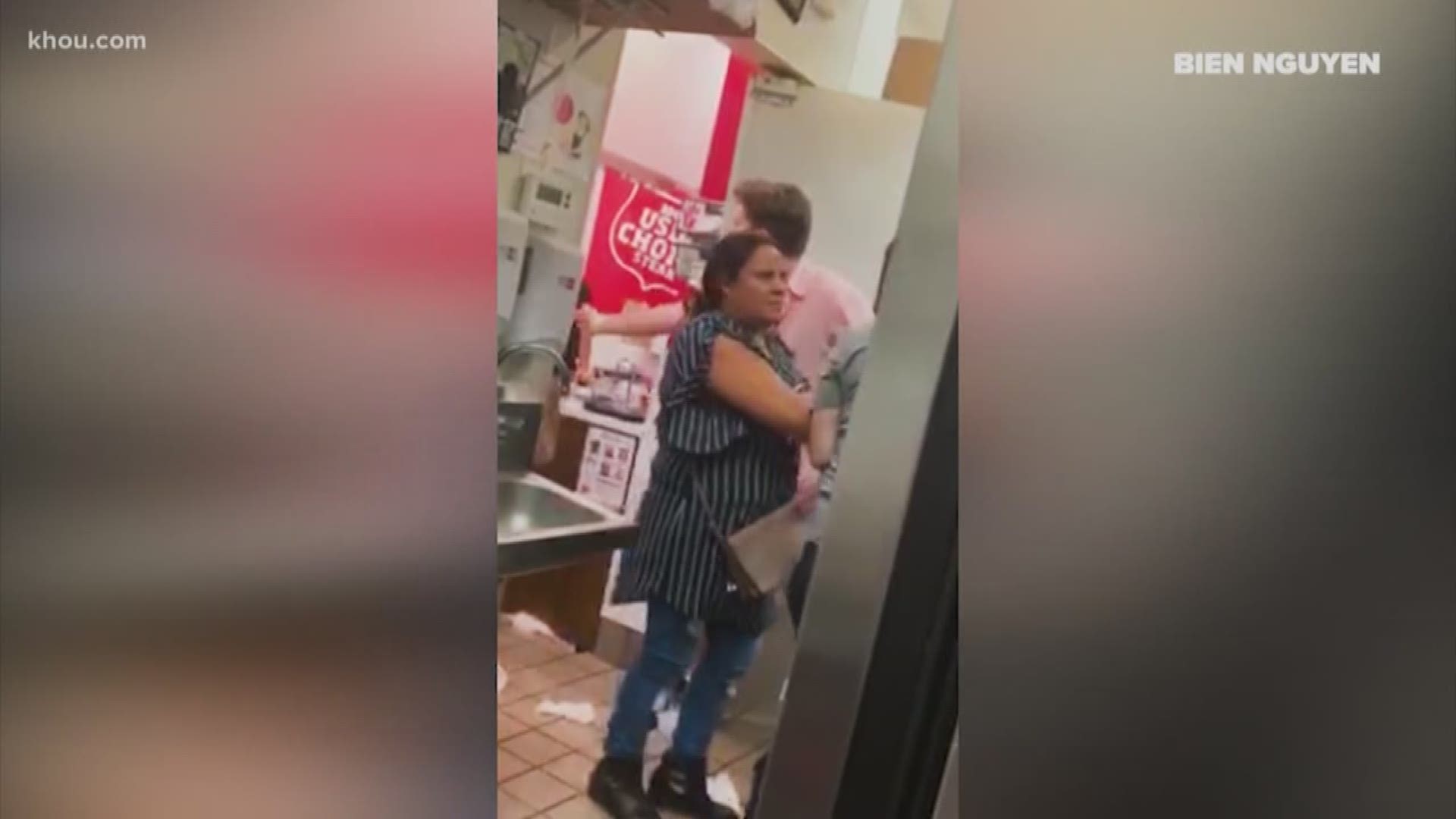 Investigators with the Houston Police Department hope surveillance video of the chaos at Memorial City Mall over the weekend will help pinpoint the man who started it all.

Police said Sunday they plan to release more video of the incident to the public in an attempt to get more leads in the case.

Witness videos making the rounds on social media give us a glimpse into the chaos, which led to two people getting hurt.

The cell phone videos show hundreds of people yelling and screaming as they seek shelter from what many believed was an active shooter at the west Houston mall.

According to HPD, it was about 3:15 p.m. Sunday when a man in his late-teens or early-20s put on a red mask and threatened to kill himself while standing on a food court table. The suspect threw down a bag and then ran from the mall to nearby apartments.

Some witness videos indicate there were popping sounds during the chaos. Initially it was believed the popping sounds were the result of firecrackers, but police later said no fireworks were involved and the sound was caused by the man jumping on the table.

Law enforcement and the public were already on high alert following the mass shootings in El Paso, Texas and Dayton, Ohio last weekend. With tax-free shopping this weekend in Texas, police across the state were prepared for big crowds.

Houston police said two people were hurt in the resulting stampede: a 16-year-old and his mother. The injuries were said to be minor.

As shoppers ran for safety, many left their personal belongings behind. Those will be gathered and taken to customer service where they can be claimed Monday.

Anyone with information about this incident that may help police should call Houston Crime Stoppers at 713-222-TIPS.