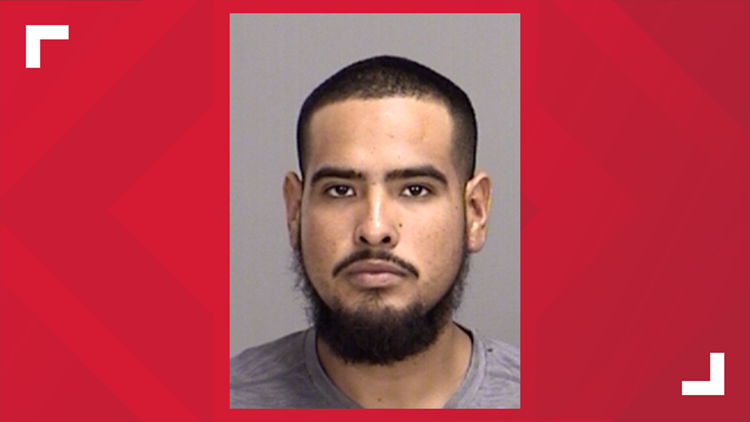 Photo by: BRAZOS CO. JAIL
Jonathan Molina, 24, is charged with burglary after police said he walked into a woman's home and asked to rub her feet while he masturbated.

Police: Intruder walked into Bryan woman's home, asked to rub her feet while he masturbated

BRYAN, Texas — Bryan police have arrested a man who is accused of walking into a woman's home with the intent to assault her.

Jonathan Molina, 24, is charged with burglary and is currently in the Brazos County Jail on $20,000 bond.

Police responded to Howdy Court on Sept. 8 just before 9 a.m.  A woman told them a Hispanic male, who she later identified as Molina, walked into her house using the back door.  When she confronted him, he told her the back gate was open and he just wanted to make sure everyone in the house was okay, she said.

During the investigation, an officer said she had been on another case in Bryan where Molina was involved and thought the description of the intruder in the woman's home matched Molina.

The woman identified Molina as the intruder who had walked into her home and he was arrested Thursday.