Police said the baby died eight days after the shooting, which happened at The Arts Apartments. 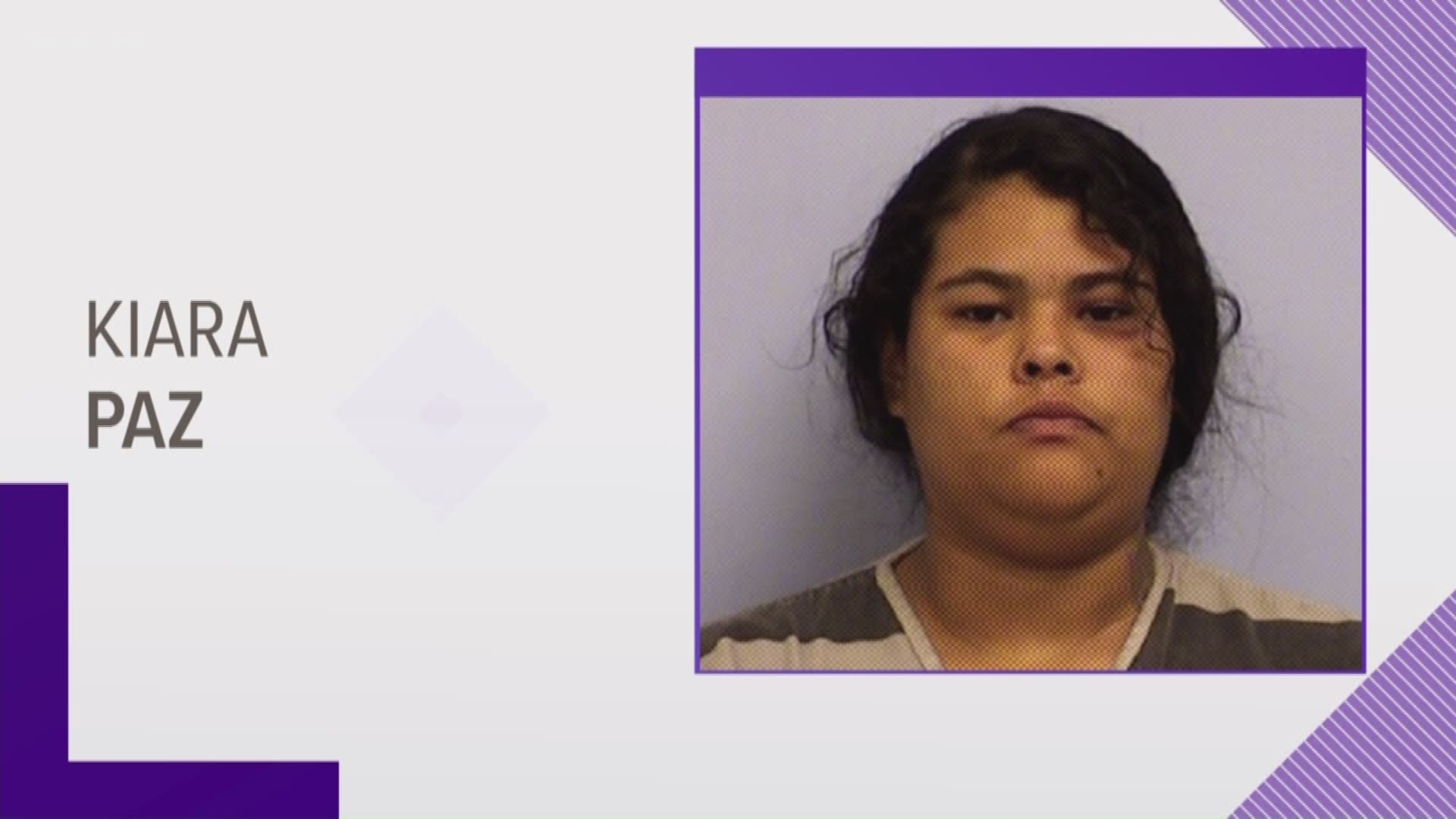 AUSTIN, Texas — A third suspect has been named in connection to an armed apartment robbery that involved a pregnant woman being shot.

The pregnant woman was shot during the robbery in South Austin in July, which eventually killed the infant.

Police said they responded to The Arts apartment complex at 714 Turtle Creek Blvd. on Saturday, July 20, around 10 p.m. after receiving reports of shots fired.

New court documents obtained on Aug. 7 show that a new suspect was involved. That person was identified as Alyssa Vega, 29 – one of the suspect's cousins. The other suspects have been identified as 18-year-old Andrew Nino and 18-year-old Kiara Paz.

Vega had told Nino and Paz that the pregnant woman's boyfriend had ripped her off in a prior drug deal. One of the suspects said that Vega was in the car with them when they arrived at the couple's home before the break-in.

Police said the pregnant woman's boyfriend said he was inside the apartment with her when two people kicked in their apartment door.

Man hospitalized after stabbing at The Domain

Credit: APD
The suspects have been identified as 18-year-old Andrew Nino and 18-year-old Kiara Paz.

The boyfriend reportedly told police one of the suspects pulled out a pistol while the other suspect had a knife.

Police said Nino and Paz demanded that the boyfriend give them his belongings, specifically his drugs. The boyfriend told police the suspect with the gun found his Xanax and the other suspect took his X-Box, among other things, according to the affidavit.

The pregnant woman's boyfriend told police she didn't believe the gun was real, so she grabbed a knife from the kitchen and they both ran after the suspects, police said. The boyfriend was able to catch up to Paz and tackled her to the ground in an attempt to retrieve his stolen belongings.

At that time, Nino pointed a gun at the boyfriend and said if he didn't let Paz go, he would shoot, police said. That's when Nino allegedly fired his gun and shot the pregnant woman in the chest. The two then left the scene in a vehicle caught on the apartment's surveillance video.

The woman, who was about 36 weeks pregnant, was taken to St. David's South Austin Medical Center in critical condition. Police said the baby girl was delivered and later transferred to Dell Children's Medical Center. At eight days old, the baby was pronounced dead on July 28, at 6:40 p.m.

The boyfriend told police he didn't know Nino or Paz, but was able to give officers a description of them. Based on their descriptions, a photo lineup was put together by police and the boyfriend was able to identify Nino, the affidavit said.

During an interview with police, Paz allegedly confessed to being involved in the shooting and confirmed what the boyfriend told the police.

The Travis County Medical Examiner's office will conduct an autopsy in the near future to determine the exact cause of the baby's death. The case is being investigated as a homicide.

According to online records, Paz is in police custody as of Aug. 2 and Nino was booked into Travis County jail Aug. 5. Paz and Nino have been charged with aggravated robbery with a deadly weapon. Paz's bond is set at $400,000 and Nino's bond is set at $500,000.

Anyone with information is asked to call Crime Stoppers at 512-472-TIPS, or text "Tip 103" plus your message to CRIMES, or use the new Crime Stoppers App, or email APD Homicide at homicide.apd@austintexas.gov. Tips can be submitted anonymously. You can also submit tips by downloading APD’s mobile app, Austin PD, for free on iPhone and Android.

Here are the victims of the El Paso Walmart shooting