An attorney group has come to terms with the Archdiocese of Atlanta and Diocese of Savannah for a third-party independent review. 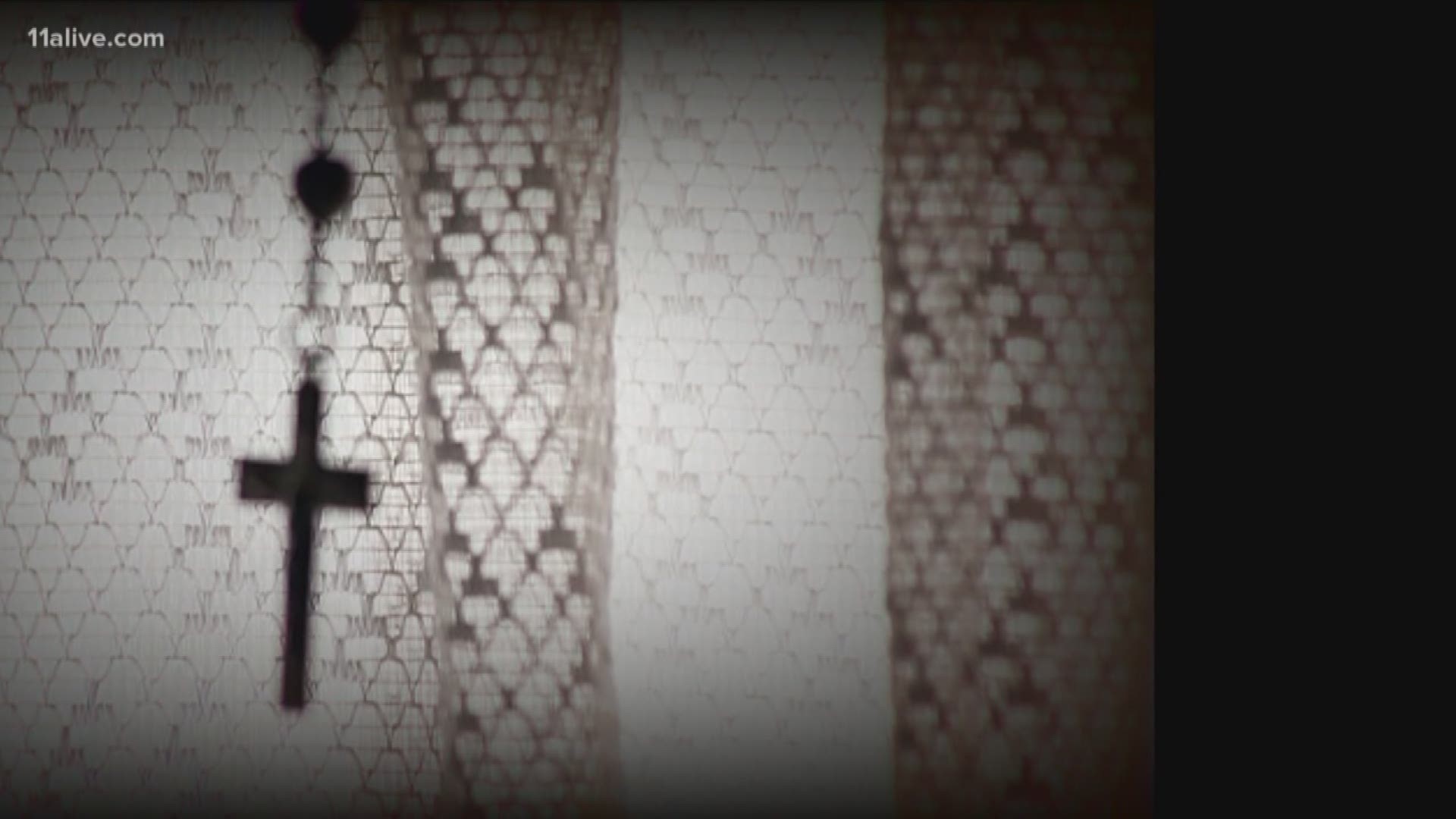 ATLANTA — A group of Georgia prosecutors has been granted access to Catholic records to search for possible abuse cases across the state in an independent, third-party review.

The Prosecuting Attorneys Council of Georgia announced Wednesday that it had been permitted by both the Archdiocese of Atlanta and the Diocese of Savannah to conduct a third-party review of the cases. The review will include "any records, files, documents and reports concerning suspected child abuse" that are in the possession of either organization.

Peter J. Skandalakis of PAC will lead the review and neither diocese will have oversight - though both have agreed to cooperate.

The decision comes as Catholic churches around the U.S. become embroiled in investigations of sex abuse involving children. It also follows a strongly-worded warning from Georgia Attorney General Chris Carr concerning these cases.

"Although neither the Georgia Constitution nor the Georgia legislature has granted authority for the Attorney General to investigate or prosecute crimes against children, I will still commit any and all appropriate attention and resources from the Department of Law to hold accountable those who have committed or concealed any crimes in the past, to provide support to those who are victims and to do everything in my power to protect our citizens in the future."

All findings in the new review - including any new criminal claims - will be directed to the appropriate district attorney for possible prosecution.