Robert Gordon Letourneau, 61, was arrested multiple times after violently harassing, and at one point, allegedly kidnapping and robbing his ex-girlfriend in 2019. 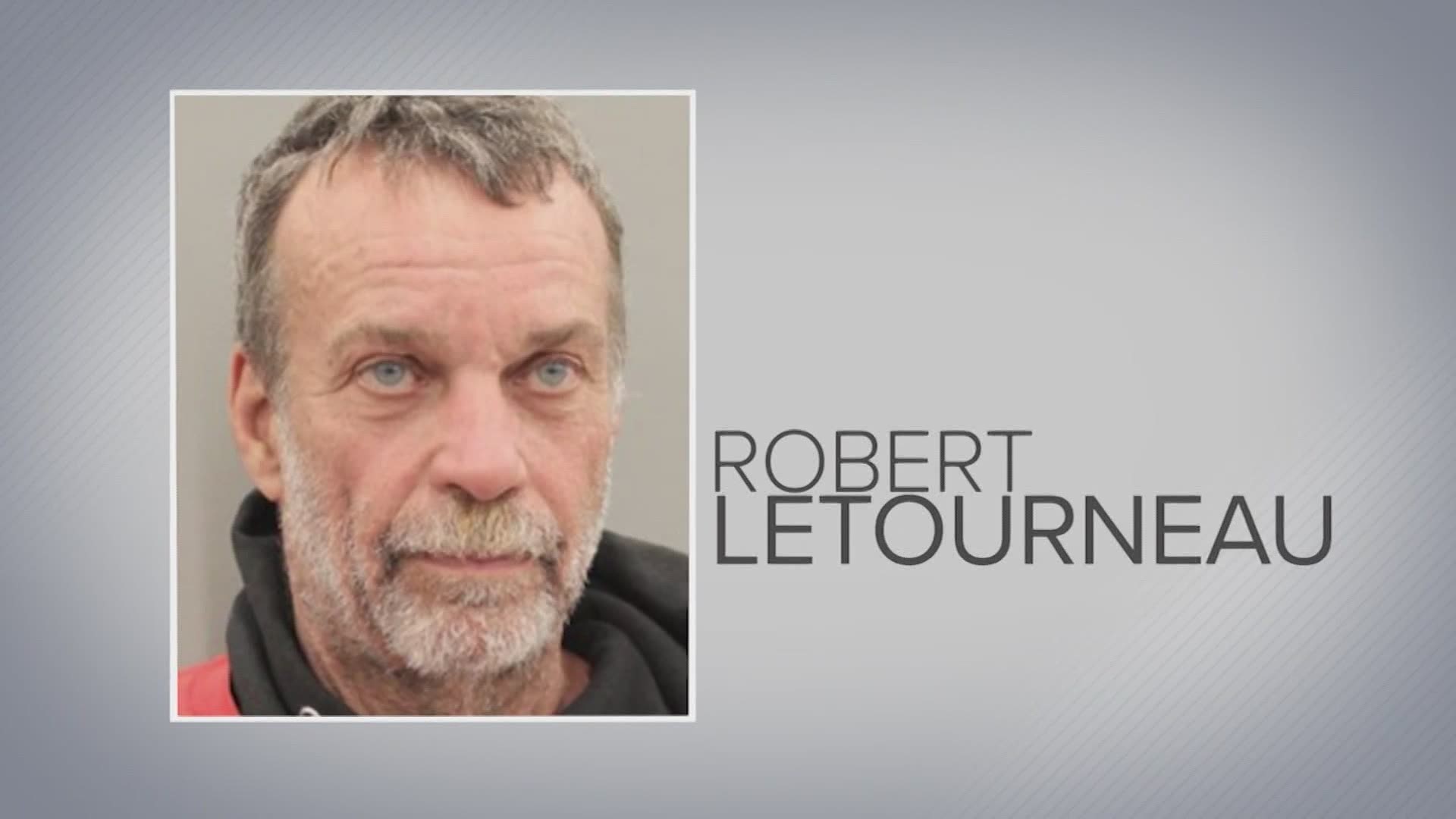 HARRIS COUNTY, Texas — A Spring man who tried twice to hire a hitman to kill his ex-girlfriend in 2019 was sentenced to life in prison, Harris County District Attorney Kim Ogg said Tuesday.

Robert Gordon Letourneau, 61, was convicted of solicitation of capital murder by a jury Monday and was then sent to prison.

“This predator is a case study in how fast domestic violence can escalate, which is why we take all allegations of domestic violence so seriously,” Ogg said. “Even behind bars, he was a danger to our community.”

Letourneau was repeatedly arrested in 2019 for harassing and assaulting his ex-girlfriend. Ogg said he also tried to hire two hitmen from his cell in the Harris County jail.

He was first arrested in January 2019 for violating a protective order forbidding him from communicating with his ex-girlfriend when they broke up after a six-year relationship.

Letourneau was released on a $2,000 bond but was arrested again less than three months later. Ogg said he ambushed the same woman by hiding in the backseat of her vehicle.

Held a screwdriver to the woman’s throat

Investigators said he held a screwdriver to the woman’s throat and forced her to drive to several ATMs to withdraw money.

"He was in the back of her car, she entered the car, he put a screwdriver to her neck and made her go to various ATMs and withdraw funds from her ATM account," Moss said.

Letourneau was charged with aggravated robbery and aggravated kidnapping following his arrest.

According to the district attorney's office, he tried to hire a fellow inmate to kill the woman a few weeks later. The inmate contacted authorities about the offer, and Letourneau was charged with solicitation of capital murder.

Two months later, another inmate contacted authorities about a second attempt. Prosecutors said an undercover officer posing as a hitman met with Letourneau twice in the jail. During their first meeting, Letourneau was accused of offering $5,000 worth of auto parts to carry out the hit.

The undercover officer later returned for a second meeting to show Letourneau a staged photo that appeared to show his ex-girlfriend had been shot. Letourneau was so pleased with the “hit” that he hired the undercover officer to kill the witness in his first murder for hire case as well, according to the district attorney's office.

“Anyone can be a victim of domestic violence and once you’re in it, is very hard to get away from it,” Assist. District Attorney Nathan Moss said. “Not only is it tough to get away but walking away is the most dangerous time. When people are trying to escape from bad situations, that’s when things turn deadly.”

If you or someone you know is a victim of domestic violence, call the National Domestic Violence Hotline at 1-800-799-SAFE (7233).

Another resource is the Crisis Text Line. Victims can text HOME to 741741.