San Antonio police say the child is now safe after he was kidnapped from the downtown area early Wednesday. 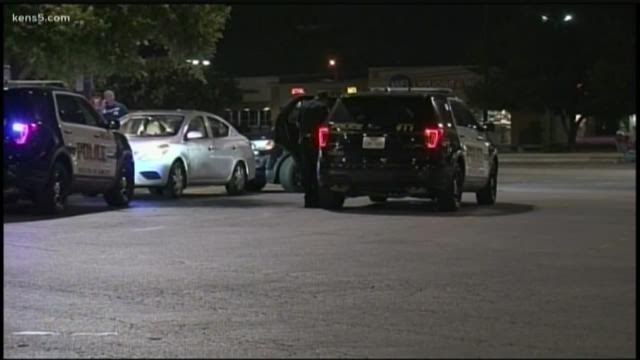 SAN ANTONIO — Two Americans and one Mexican citizen are facing federal charges for their roles in a human trafficking scheme involving a boy from Mexico, spokespeople from the Department of Justice and Homeland Security Investigations announced Wednesday.

Elida Kassandra Moreno, 26, is charged with bringing an illegal alien into the U.S. for profit and making a false statement to a federal agent. A separate complaint of conspiracy to transport an illegal alien was also filed against Moreno, 65-year-old Victor Manuel Monsivais and Nery Uriostegui Dominguez, a resident of Mexico.

According to the complaints filed in U.S. District Court, Moreno was questioned during a traffic stop in Batesville, Texas. She was taken to the Homeland Security office in Eagle Pass, where she told investigators she was approached by a friend’s neighbor in Piedras Negras to transport a boy to his family in San Antonio while using her own son’s birth certificate in exchange for $1,700. Moreno and the child crossed into the U.S. through Eagle Pass, rented a hotel room in Eagle Pass, then took a shuttle van the next day to San Antonio, officials said.

Moreno was supposed to meet Dominguez at Milam Park in San Antonio and hand the boy over in exchange for $2,500. According to a report, a struggle ensued and San Antonio Police took Dominguez into custody at the scene. Moreno left and contacted the neighbor, who told her to take the child to Monsivais at a truck stop on I-35. Monsivais is the father of the “neighbor” in Mexico, according to the report.

Late Tuesday night, investigators found out they could meet Monsivais at the H-E-B on SE Military Drive and Goliad. Authorities recovered the boy and arrested Monsivais at the southeast-side H-E-B.

San Antonio police are assisting Homeland Security with the investigation, which officials say is ongoing.