The shooting on Sixth Street on June 12 killed one person and injured 14 others. 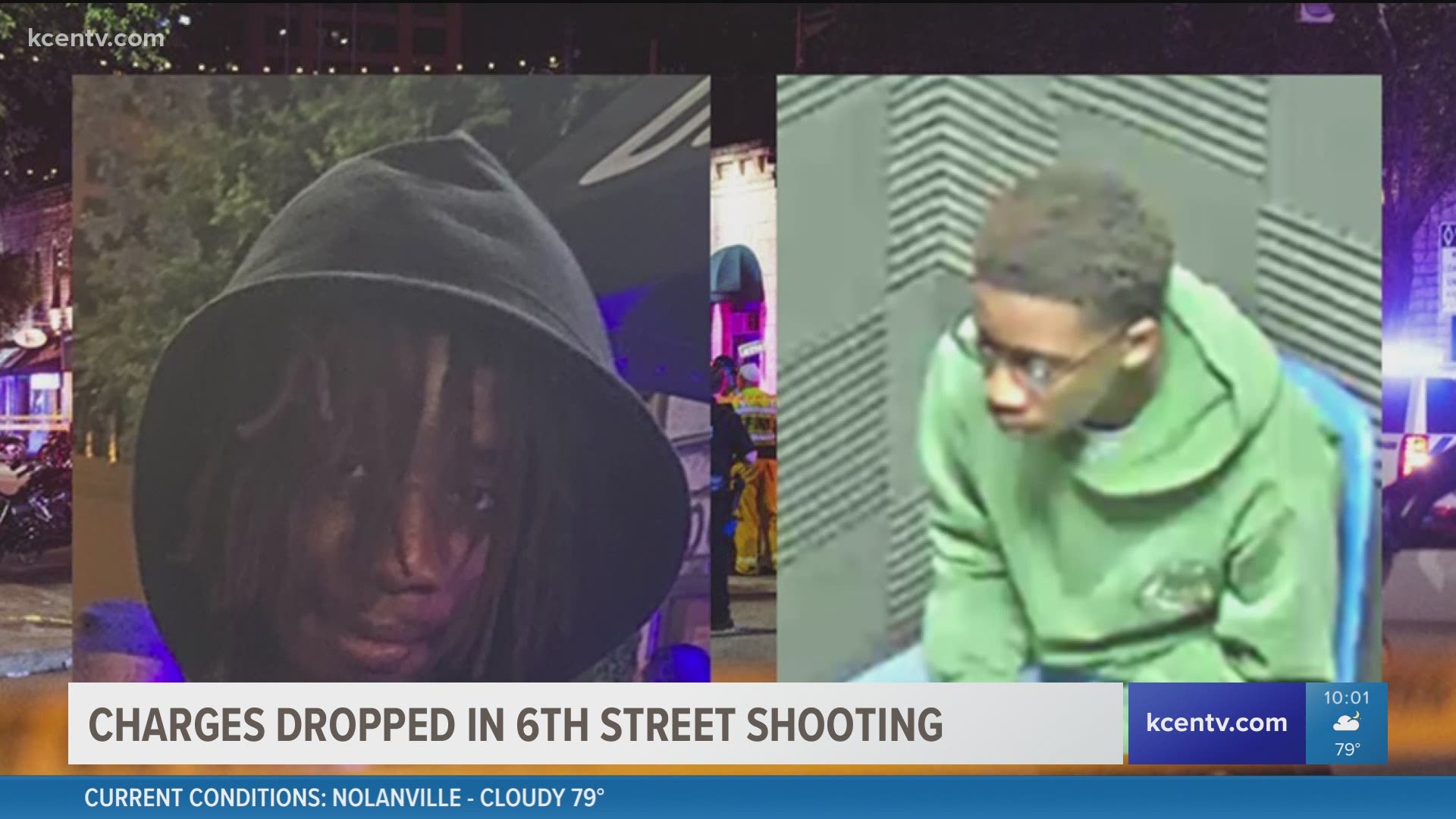 HARKER HEIGHTS, Texas — Editor’s note: Days after the mass shooting, the Austin Police Department identified a suspect who had been charged in connection to the shooting. The Travis County district attorney and APD later dropped all charges against that person. KVUE has removed that person’s mugshot and name from all web stories.

Authorities are dropping charges against a 17-year-old in Austin's deadly mass shooting that happened on Sixth Street as the investigation continues and as they close in on a new suspect, law enforcement sources confirmed to KVUE and Austin American-Statesman's Tony Plohetski.

The teen was arrested at Harker Heights High School by Killeen Independent School District Police on June 14. He had been charged as an adult with aggravated assault.

The mass shooting happened early June 13 on Austin's iconic Sixth Street. Shots were fired in a crowd on the street, sending some victims to the hospital and leaving a total of 14 people shot.

One man, Douglas John Kantor, died as a result of his injuries from the shooting. He was visiting the area from New York.

Chacon said police now have a new suspect named De'ondre Jermirris White, who they believe to be the primary gunman in the shooting.

Garza said that evidence suggests White is the person who is "primarily responsible" for the shooting. Authorities are now searching for White, who is believed to be armed and dangerous, and are asking for the public's help in locating him.

RELATED: 'Loved by his family, friends and everyone who met him' | Man dies from Austin mass shooting on Sixth Street

The video below is about the first suspect in the mass shooting being arrested.