Man shot in face for his watch during robbery outside Tanglewood-area home, Houston police say

Investigators believe the victims were followed home from a restaurant. 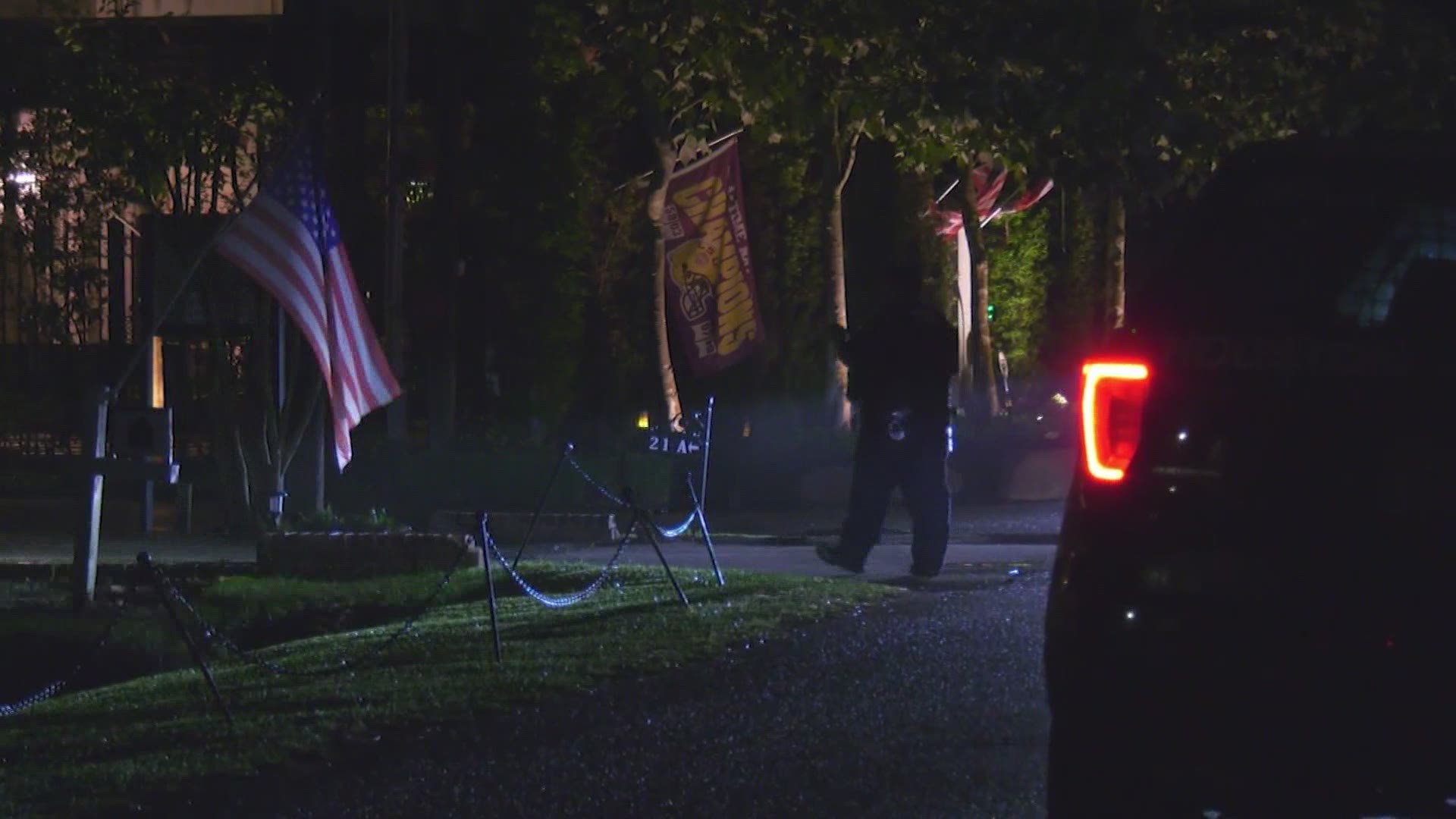 HOUSTON — Robbers shot a man in the face as they demanded he hand over his watch and jewelry outside a home in the Tanglewood area, north of Uptown, early Friday morning.

Houston police said the robbery and shooting were reported around 1 a.m. on West Broad Oaks.

Police said the victim, a man in his 30s, was expected to survive. Currently, no names have been released.

Investigators believe the man and his girlfriend were followed to the girlfriend’s home after they left a restaurant. Two suspects approached the victims at gunpoint.

"They were able to pull into the garage, and then right when they got out, the two suspects followed them in," said Lt. Emanuel Pavel with the Houston Police Department.

Police said the victim's girlfriend was not physically hurt.

After the shooting, the suspects fled in an unknown direction.

Lt. Pavel said it's important for people to stay aware of their surroundings.

“That goes for everybody, you’ve got to be careful when you’re driving home from anywhere to see that nobody is following you,” said Lt. Pavel.

The quiet neighborhood off Woodway near Chimney Rock woke up Friday to alarming news.

The incident happened right next door to where Fish lives. In fact, KHOU 11's Jason Miles saw a considerable amount of blood still in the driveway leading to another neighbor’s home where Fish said the victim and his girlfriend sought help.

"They were banging on the door around one o’clock in the morning," Fish said. "And he was shot right in the cheek.”

Police believe the couple, driving a blue-colored McLaren sports car, was followed home from a restaurant before they were ambushed by two hooded men who demanded cash and jewelry.

“It’s a creepy situation.” A fancy McLaren sports car followed home by robbers who HPD says shot a man in the face in this Tanglewood area neighborhood. I’ll have the latest + reaction and advice for you: @KHOU at 5:00. What we know now: https://t.co/G0A6DDsJz8 #khou11 pic.twitter.com/hsT0PVuJwb

Piecing together any possible connection is part of the investigation.

"You always want to be on the lookout to see if anyone is following you to your home,” Lt. Pavel said.

Fish said she plans to be more watchful going forward now that someone so close to home is a victim.

We're told a surveillance camera on a neighbor’s house was not on. However, ones around the restaurant will be checked as well.

Anyone with information that could help investigators can call Houston Crime Stoppers at (713) 222-TIPS.