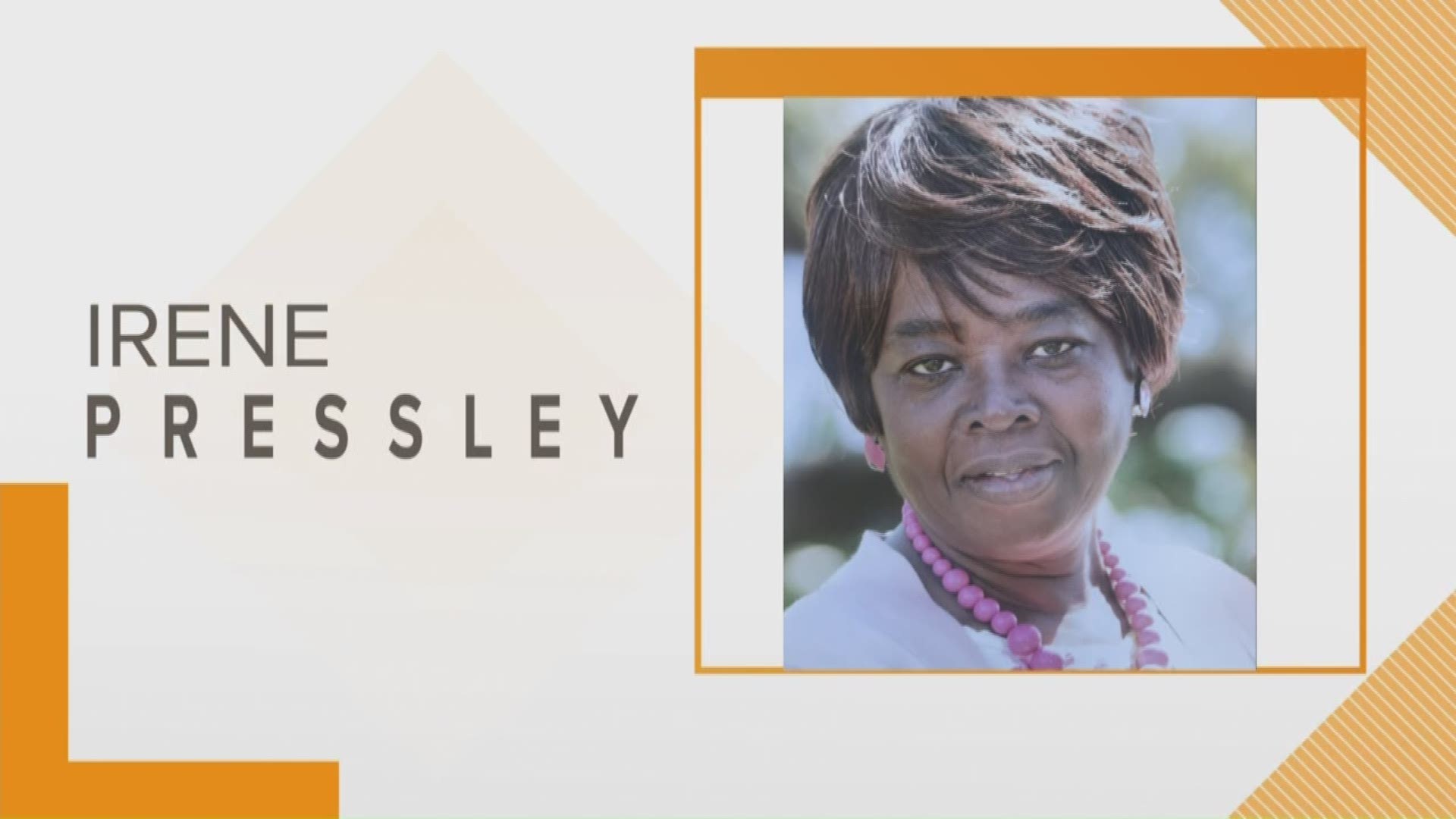 KINGSTREE, S.C. — Authorities in South Carolina are looking for whoever shot and killed a U.S. Postal Service worker who was on her delivery route.

U.S. Postal Inspection Service spokeswoman Jessica Adams says Pressley was killed while she was working. It's unclear whether she was inside a mail carrier's vehicle when she was shot.

Williamsburg County Coroner Harrison McKnight says her death appears to be a homicide. He says an autopsy is being performed to determine Pressley's official cause of death. The Williamsburg County Sheriff's Office hasn't announced a suspect or a motive.

Williamsburg County Sheriff's Office
The Williamsburg Co Sheriffs Office and the United States Postal Service is asking for any information regarding the homicide of a Postal Employee.

The South Carolina Law Enforcement Division is assisting with the investigation.

If you have any information about the shooting, you are asked to contact Crimestoppers anonymously in any of the following ways: