The suspect was taken to the hospital with non-life-threatening injuries. 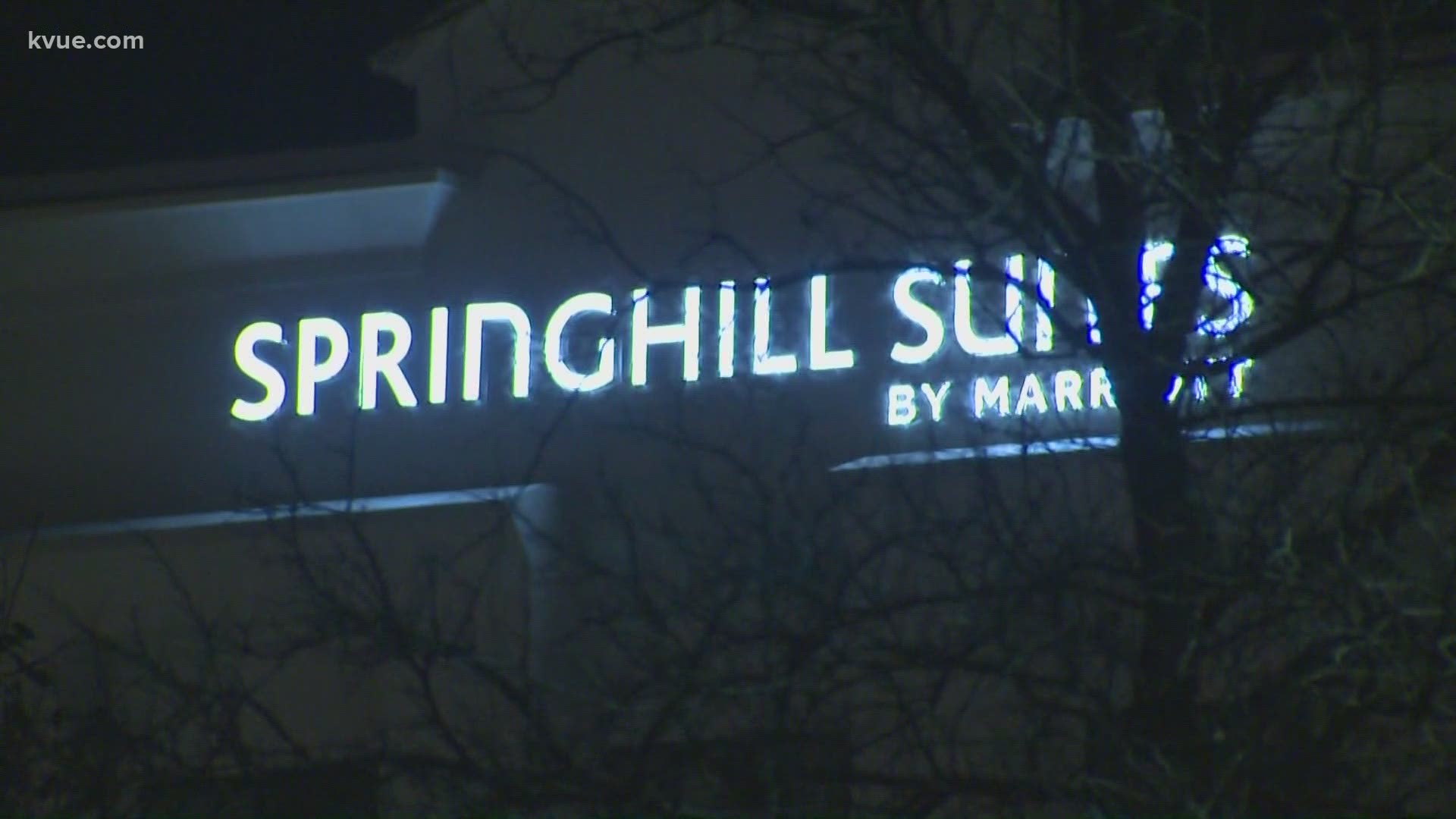 AUSTIN, Texas — A suspect was taken into custody after a SWAT situation off of Interstate 35 in the early morning hours of Jan. 4.

The Austin Police Department said officials were working a barricaded subject call around 5:30 a.m. on the 12500 block of I-35 southbound, which is near Parmer Lane.

After 8 a.m., police provided an update saying the incident was being classified as a police shooting. The suspect, identified as Dylan Polinski, 23, sustained non-life-threatening injuries and was taken to the hospital.

According to Charley Wilkison with the Combined Law Enforcement Associations of Texas (CLEAT), the suspect barricaded himself inside a nearby hotel. He said the subject was shot in the leg when he charged officers in a stairwell. On Feb. 4, the APD said the officer who shot the man in the leg was Javier Rodriguez, who has been with the department for two years.

In a press conference around 9 a.m. on Jan. 4, police said the incident occurred at the SpringHill Suites.

Police said the incident stemmed from a call around 9:47 p.m. Sunday night from the Round Rock Police Department requesting a call about an active aggravated robbery warrant. Police said it was believed the suspect was staying at this hotel.

According to preliminary reports, police said it was believed Polinski was armed and potentially dangerous. However, when officers arrived on the scene, they said the suspect was not there.

Officers responded to a new 911 call from hotel staff at 3:48 a.m. saying he had returned and was now in his room. Officers attempted to engage with him around 4:20 a.m. to try and get him to surrender, but he was noncompliant and barricaded himself in his room with a female who appeared to be held against her will.

At this point, several rooms nearby were evacuated and SWAT was called. Shortly after they arrived around 5:20 a.m., police said the subject exited the room with the female, apparently using her as a shield.

When police were able to get the female to safety, they said Polinski ran down the hall toward an exit. When he arrived at the door, he was confronted by officers that had the location secured. Officer Kamowa Reynolds used a taser on Polinski and he immediately closed the door. Shortly after, he reopened the door and came toward the officers. Officer Rodriguez then fired his weapon, striking him in the leg.

Police said a weapon was not immediately found on the scene, but officers were still searching. The woman and officers were unharmed.

Polinski was treated for his injuries and then booked into jail for the aggravated robbery warrant, police said. Additional charges may follow.

Officers Reynolds and Rodriguez both have two years of service with the APD. Per standard protocol, both officers were placed on administrative leave as an investigation was conducted.

The incident was captured on body cameras. The Special Investigations Unit, District  Attorney's Office and Internal Affairs Unit will be investigating.

Criminal records show former conviction history for Polinski, including theft in 2014, assault/bodily injury of a family member in 2019, unauthorized use of a vehicle in 2020 and theft of property in 2020.

How to get the COVID-19 vaccine in Texas