Houston Police say the suspect crashed into a KPRC news van at Chartress and Texas. He then attempted to pull driver out of the news vehicle, but was unsuccessful. 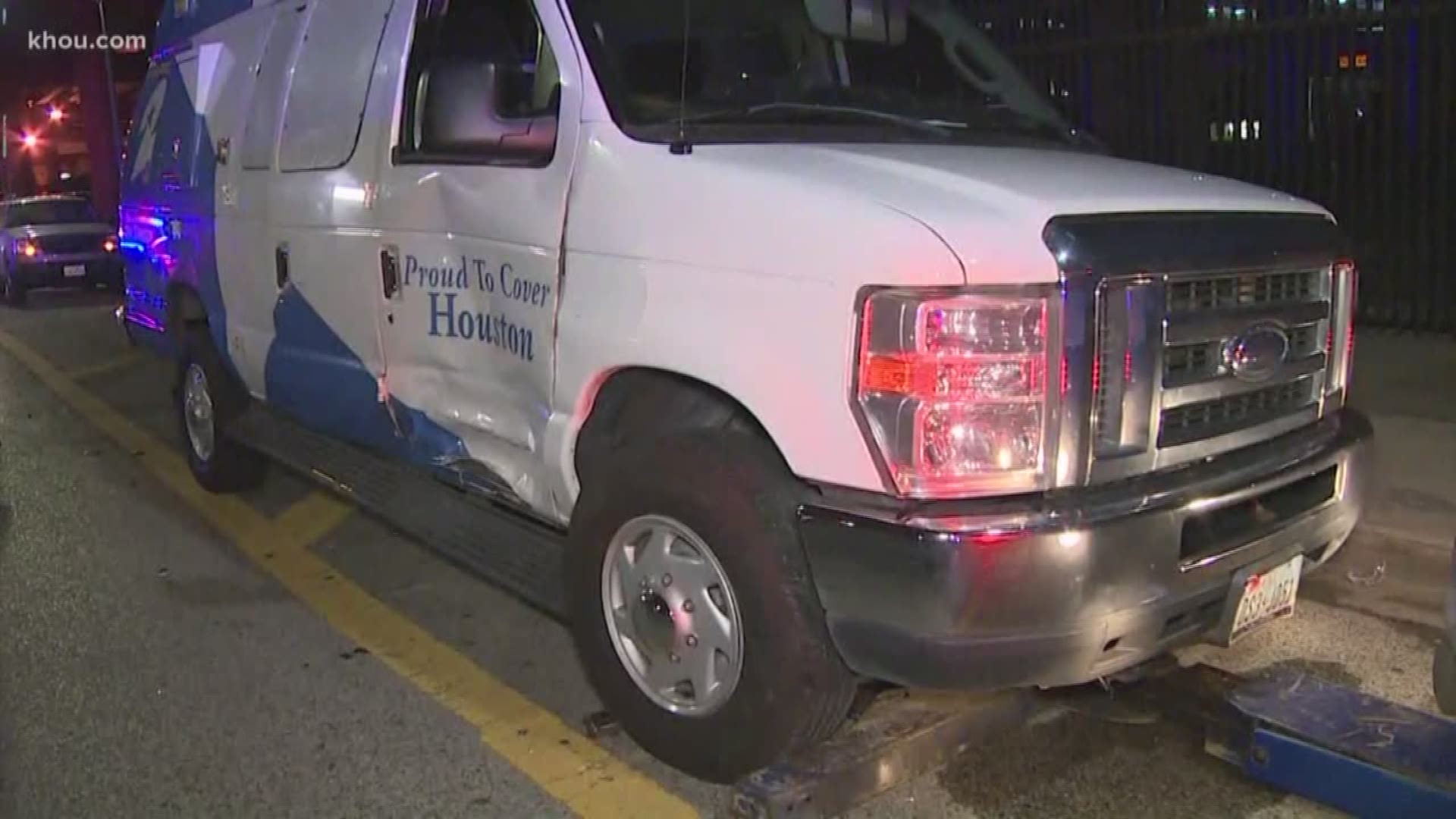 HOUSTON – Police are searching for a suspect who they say attempted to carjack a TV news crew and assaulted a police officer in downtown early Monday.

Houston Police say around 5 a.m. the suspect crashed a Chevrolet Malibu into a KPRC news van at Chartress and Texas. He then attempted to pull the driver out of the news vehicle, but was unsuccessful.

#BREAKING: scary moments for our colleagues over at @KPRC2 this morning. A man slams into the back of their live truck and tries to car jack them. We’re told crew is ok - just pretty shaken up #khou11 #Htownrush

Police say an HPD prisoner transport saw the collision and stopped to check to see what happened. That is when the suspect assaulted a female officer driving the transport and took her vehicle.

HPD Patrol car was taken by force after officers stopped to assist at a wreck involving a Channel 2 live truck. News crew and one officer had minor injuries. 202 pic.twitter.com/fYEnDZlIvd

There was a juvenile suspect in the HPD transport at the time of the carjacking. He was later found two blocks down the street.

.@houstonpolice tell me the carjacker is still out there in one of their units - the carjacker put the 16 year old who was in the cop car out a few blocks from Chartres and Texas where this happened #khou11 #Htownrush pic.twitter.com/Hfw64rfA7g

The suspect is still missing, but the patrol vehicle was later found at Old Spanish Trail and Spur 5. A description of the suspect has not been released.

Patrol car has been located near OST and Produce Row. Search for suspect under way. 202 pic.twitter.com/G6youTmbCu

Both the news crew and the female officer were transported to a local hospital to be checked out, police said.

As for injuries, I’m told the photojournalist from @KPRC2 went to the hospital, one of the officers was also pretty badly scraped up from fighting with the suspect and being drug a bit by the cop car when the guy was carjacking them #khou11 #htownrush