Teen shot in leg after drive-by shooting in Temple

The teen said after being shot at by someone in a vehicle, he ran through the area where another person appeared and shot him in the leg. 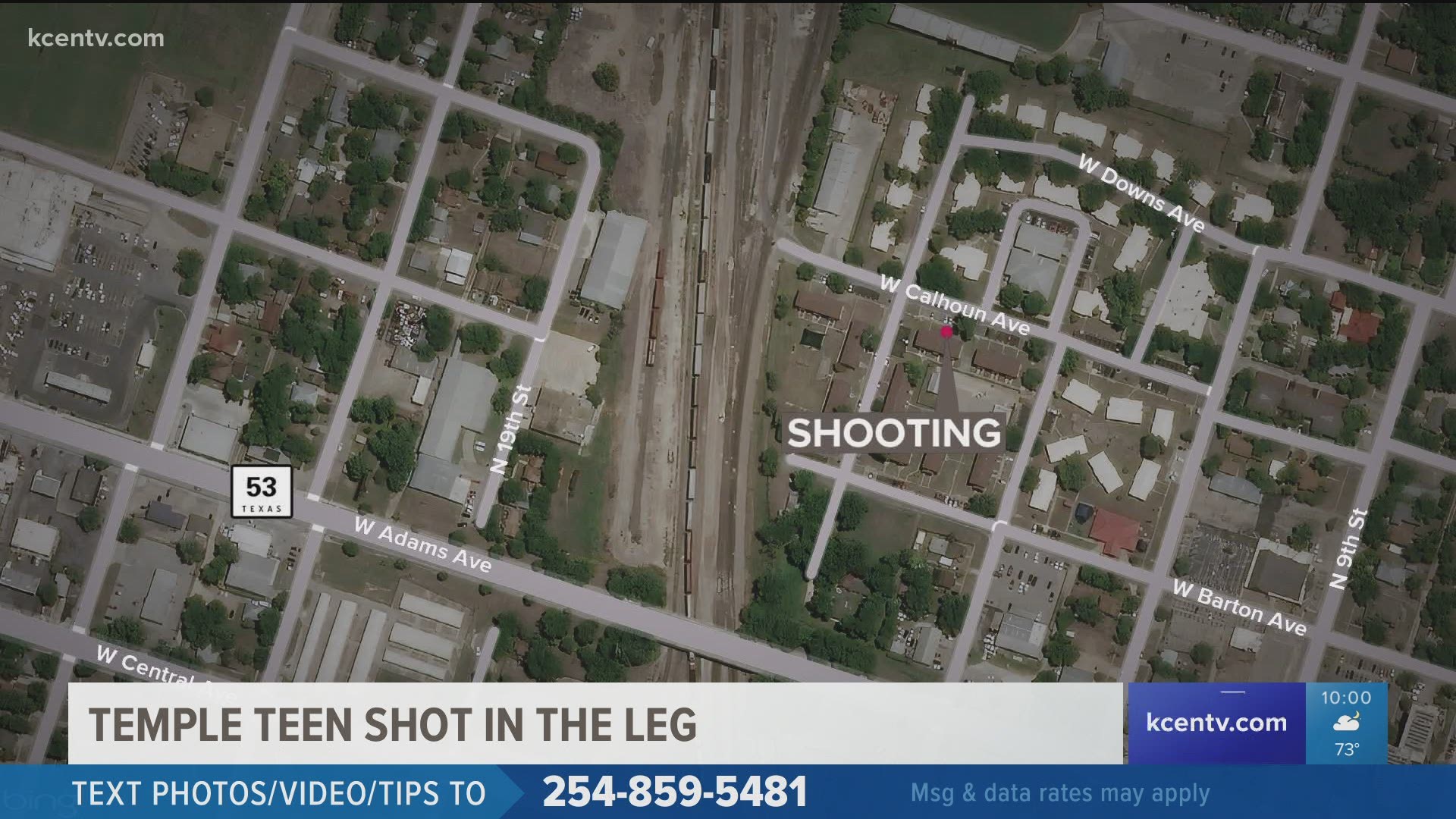 TEMPLE, Texas — A 16-year-old is recovering in the hospital after a drive-by shooting in Temple Friday night.

The Temple Police Department said around 8 p.m., officers responded to a call about a shooting in the 700 block of W. Calhoun Avenue.

The teen victim told officers he was visiting someone he knew when an unknown person in a black vehicle shot at him, TPD said.

The teen then ran through the area on foot when a second unknown person appeared and shot the teen in the leg, police say.

He was transported to Baylor Scott & White with non-life threatening injuries.

At this time, police didn't release any suspect information.

If you have any information about this case, contact Temple Police Department’s Criminal Investigation Division at 254-298-5500 or the Bell County Crime Stoppers at 254-526-8477 where callers can report information anonymously.