Felon Jerry Keith Reed, also known as "Peewee", is now off the streets of Temple after law enforcement found his prints on a handgun. 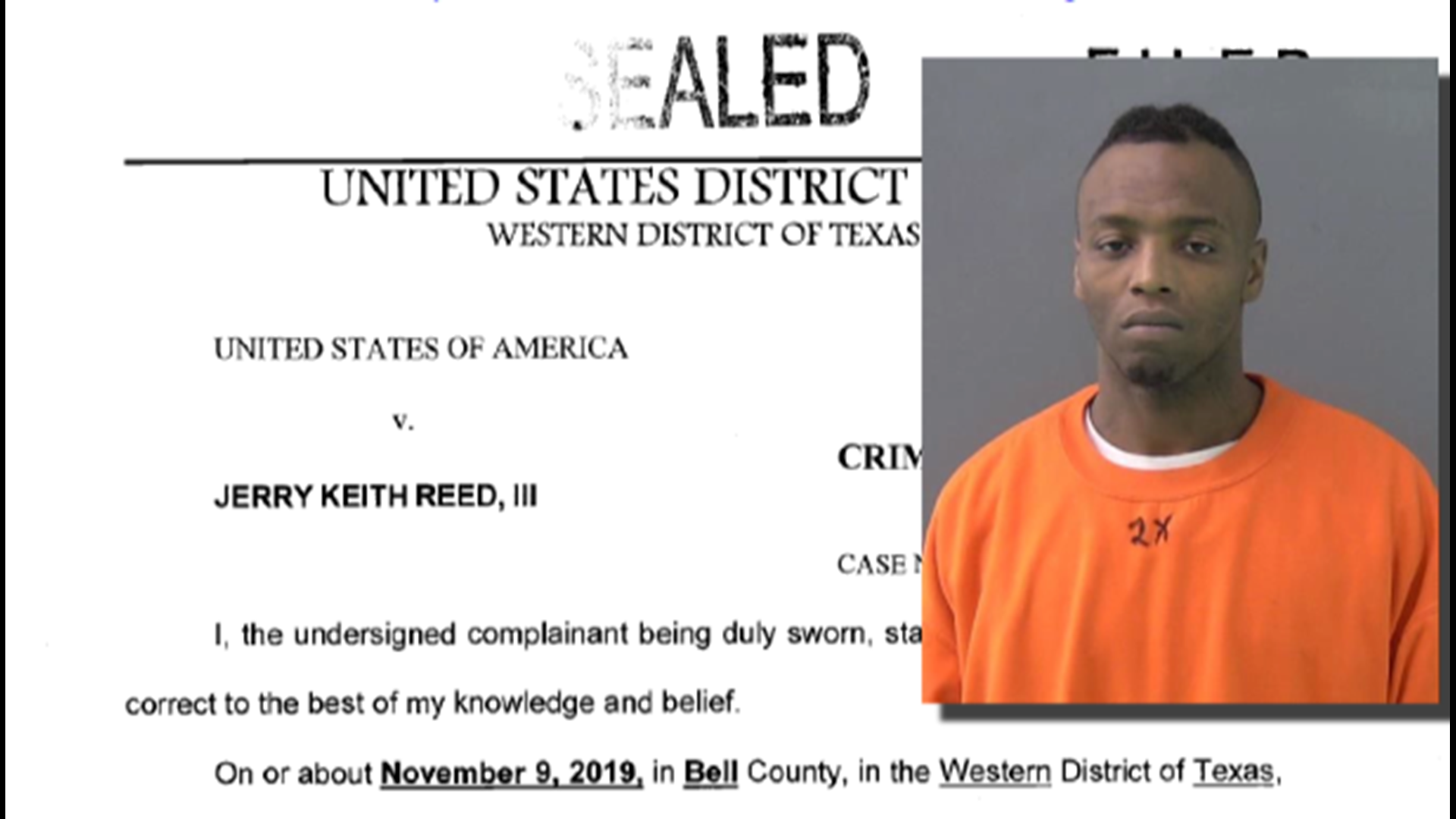 TEMPLE, Texas — Jerry Keith Reed III was taken into federal custody last week after Temple PD arrested him on the charge of felon in possession of a firearm.  Reed, 27, is also facing Assault with Bodily Injury on a Family Member and a state felony offense of evading in a motor vehicle according to Bell County District Attorney Henry Garza.

Reed was arrested a total of 18 times since 2008, according to Department of Public Safety records. Charges included multiple assaults, multiple drug possession charges, escape from custody, trespassing, and multiple evading arrest charges. Reed went to prison in 2015 but was out by early this year. He was bonded out of jail for multiple charges since.

Thanks to the work of the Temple Police Department, the United States Marshals Lonestar Fugitive Task Force and the FBI Task Force, Reed will not have the option to bond out of jail for a while, due to federal charges.

According to federal court documents, the agencies tracked Reed to a Temple residence on Nov. 9 and started a search. They located crack cocaine, marijuana and a handgun inside the residence.

On Nov. 22, officers were told that Reed was in the area of Eighth St. and E. Adams Ave. in Temple in a black BMW. Reed then went to the 600 block of North Martin Luther King Jr. Blvd. before he ran.

A Temple K-9 unit tracked Reed to a home in the 400 block of N. Sixth St. where he surrendered, according to police.

Reed was later turned over to the U.S. Marshals. He will face a federal court hearing on December 3 according to federal court records.