If you buy, sell or use a fake vaccine card — you could be fined or face time in prison. 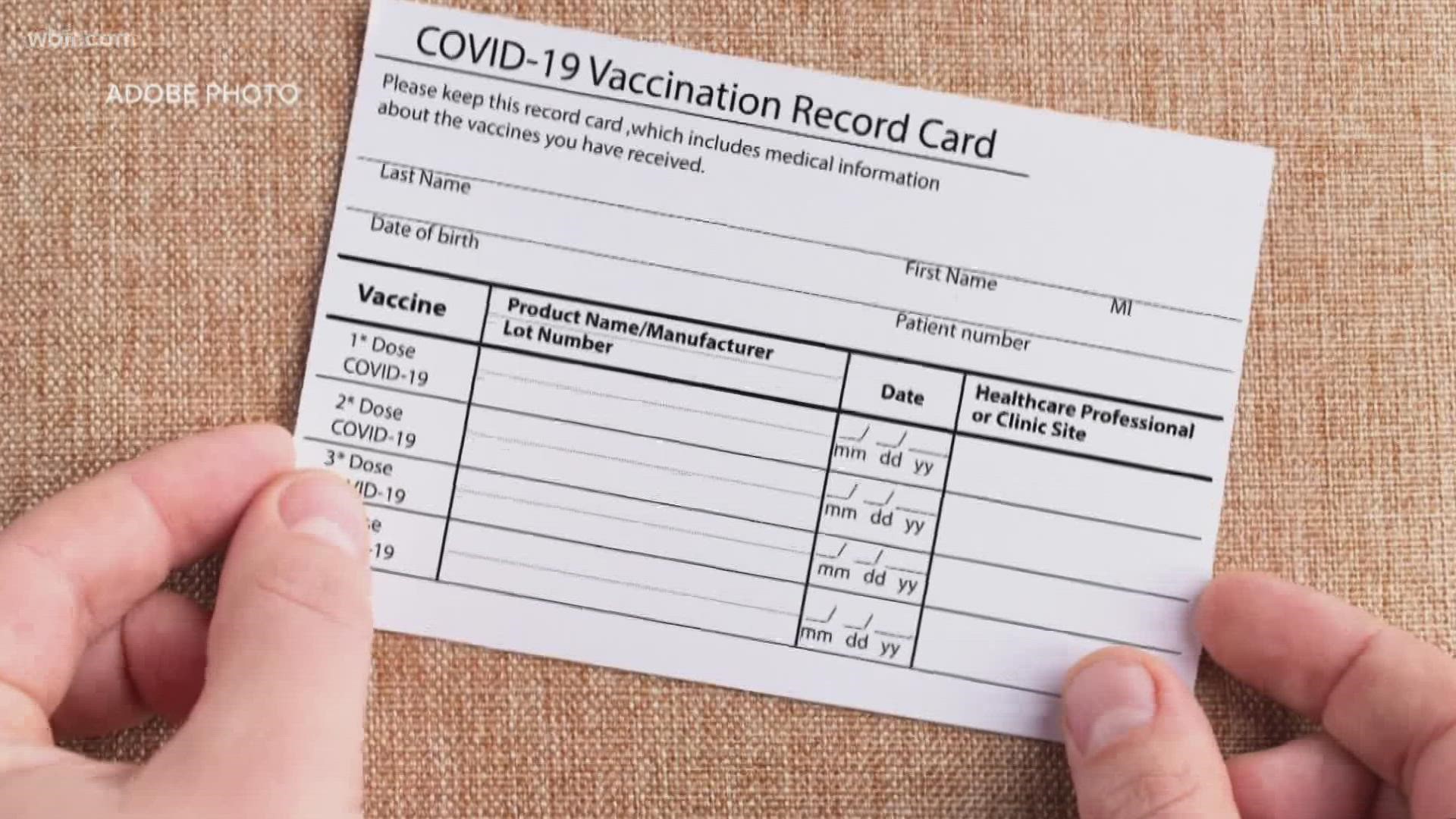 MARYVILLE, Tenn. — More and more colleges and universities now require proof of COVID-19 vaccines to enroll. To avoid the requirement, some students are dishing out money for fake vaccine cards.

Fake cards are illegal and if you try to get one, you can open yourself up to a lot of trouble. People who purchase them could be fined or face a maximum of five years in prison.

Samantha Fisher, the director of communications for the Tennessee Attorney General’s office, said if people are caught, it won’t end well.

“You may be breaking state or federal laws and if you continue doing it, the state’s attorney general is going to come after you,” she said.

According to the Chronicle of Higher Education, almost 700 colleges are requiring proof of vaccines this fall. Maryville College is one of them.

“We consult with legal representatives if we need to consult with them, so it’s worked well," said Dr. Bryan Coker, the president of the school. "It's hard work, oh my gosh."

The school is asking students to submit their proof of vaccination as an alternative to weekly random testing. He said there have been incidents when the school asked for some more documentation from students.

According to the FBI, fake vaccine cards can be found online for as little as $25, and the confirmation process can be as simple as uploading a picture of the card to an online student portal.

“They are to submit their cards. We have a process through which we look at each card and assess it to make sure it’s legitimate,” Coker said.

A public service announcement from the FBI is reminding the public that it is a federal crime to forge the seal of an official government agency.

“There is a lot of numbers of manufacturers, there’s different kinds of information on there we’ve just learned to look for,” Coker said.

Fraudulent efforts won’t change Maryville’s requirements. The school says it will continue following advice from the CDC and will require students to prove they have been vaccinated, or be routinely tested for COVID-19.

“If it’s for us to continue to monitor vaccination then that’s what we’re going to do to make sure that we’re keeping this community safe,” Coker said.

Anyone who spots a fake vaccine card in person or online should report it to the Office of the Inspector General of the Department of Health and Human Services at 1-800-HHS-TIPS or file a complaint with the FBI’s internet crime complaint center.