Video shows a car driving by Wayman Manor Apartments multiple times, then opening fire. Then, those at the complex returned gunfire. 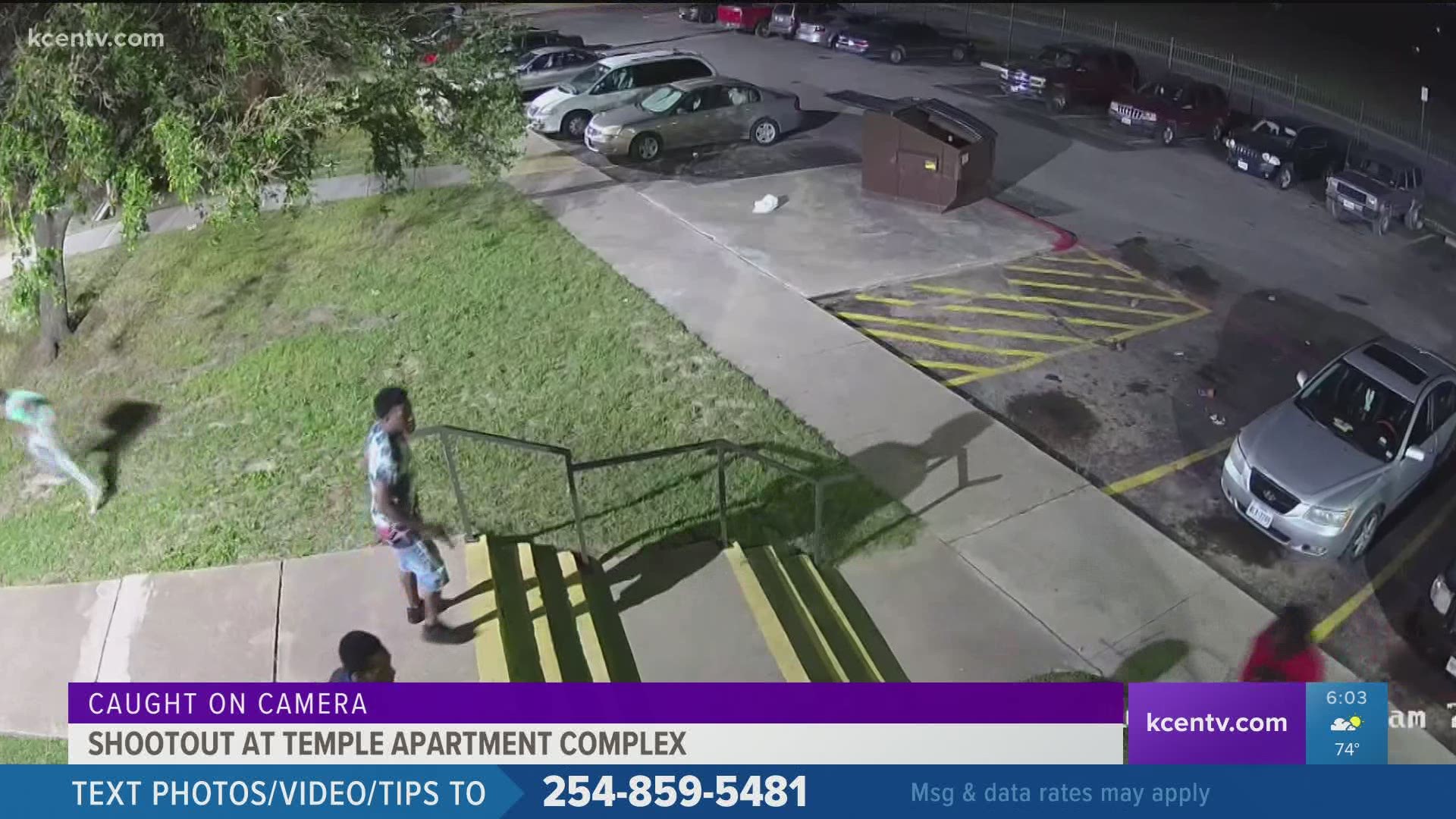 TEMPLE, Texas — The Temple Police Department is asking for the public's help in identifying multiple people, including minors and young adults, who were involved in a shooting at an apartment complex last month.

On Thursday, police released surveillance video of the April 26 incident in the 1800 block of East Avenue K near Wayman Manor Apartments just before 1 a.m.

Video shows a car driving by the complex multiple times. Then, someone in the car starts shooting at individuals at the apartments.

Video then shows the people at the complex running around and returning gunfire at the vehicle.

Police say they found multiple shell casings at the scene, as well as damage to buildings and homes.

Police say no one was injured or killed from this shooting.

“Today our youth have far too easy access to weapons,” said Brian Moody, Criminal Investigations Division Lieutenant. “We strongly urge the community to help each other and come forward with any information regarding this investigation to help us address this type of crime and keep our community safe.”

Temple PD reminds people to properly secure their firearms so that they don't end up in the wrong hands.

If you have any information, contact the Temple Police Department’s Criminal Investigation Division at 254-298-5500 or the Bell County Crime Stoppers at 254-526-8477 where callers can report information anonymously.

Watch the surveillance video below: