Surveillance video shows two people back up to the ATM with a truck then yank off the door using a chain connected to the back of the truck. 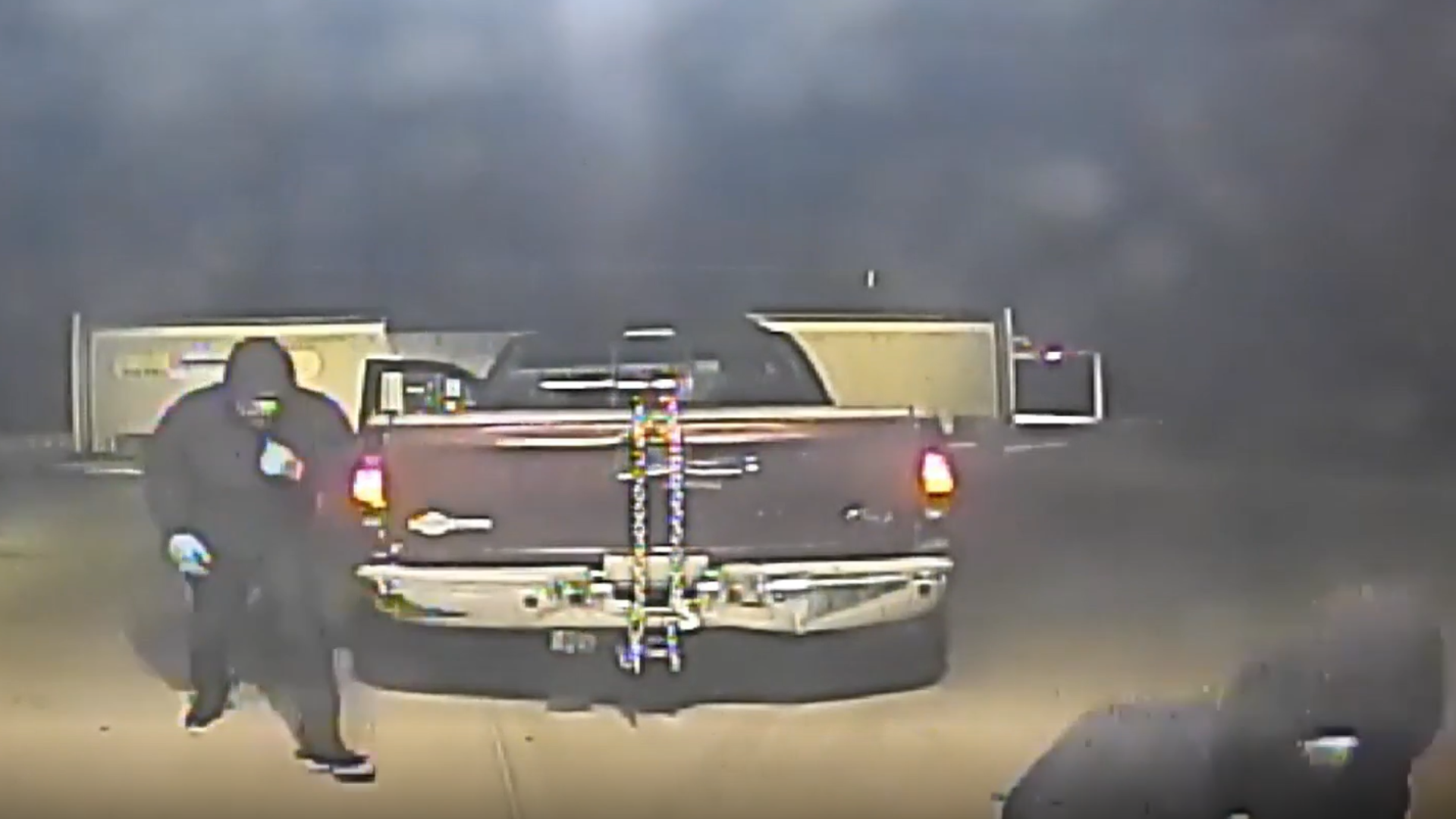 The video, narrated by Chief Danny Krumnow, shows two people wearing masks back up to the ATM with a chain connected to the back of their truck.

The thieves get out to start hooking it up to the back of the truck but then stop and drive away. Krumnow said police believe they had a lookout who may have alerted them to leave.

Less than a minute later, they return and once again backup to the ATM. They successfully hook it to the door of the ATM then pull away to yank off the door.

Despite their efforts, Krumnow said he believes there's no money, or very little, to get out of the ATM.

The license plate is flipped up in order to prevent it from being shown on video.

Krumnow said it's the second time someone has broken into the ATM at that bank. The first time the suspects used a stolen truck and left it at the bank.

"These are professionals," Krumnow said in the video. "They've done this before."

Krumnow asked that anyone who has information about the theft to contact their local police agency or the Riesel Police Department. The number for RPD is 254-896-6501.