The casket includes the American flag to represent Guillen's patriotism and the Mexican flag for her heritage. 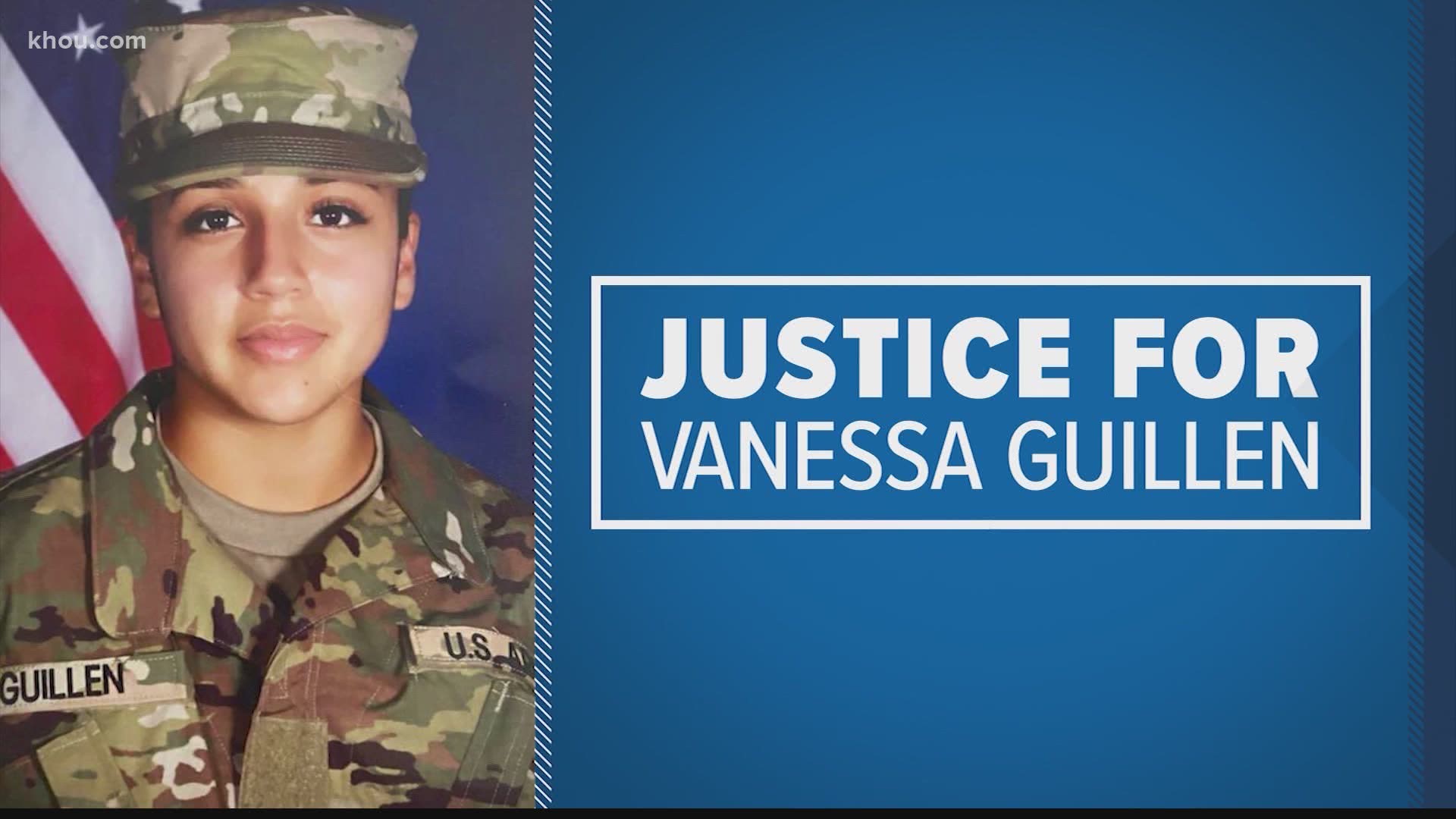 HOUSTON — Editor's note: The above video originally aired on July 14.

A company in Edna, Texas will donate a custom casket for the burial of Army Spc. Vanessa Guillen.

The owner of Soulshine Industries said he created the casket after reaching out to Guillen’s family to learn more about her.

It includes the American flag to represent her patriotism and the Mexican flag for her heritage. A soccer ball symbolizes Guillen’s love of sports and the Virgin Mary represents her faith, owner Troy Ganem told KHOU 11.

Soulshine is the same company that donated the casket for Maleah Davis, the Houston 4-year-old whose body was found dumped in Arkansas last year weeks after she disappeared.

The seven family members, from the Mexican state of Zacatecas, were granted the opportunity to stay in the U.S. for 15 days.

We haven’t heard an official date for Guillen's funeral, but her sister Mayra said it would likely be in late July or early August.

According to an affidavit, fellow soldier Aaron Robinson beat her to death with a hammer. He later took his own life when police in Killeen moved in to arrest him.

The Guillen family attorney, Natalie Khawam, said she and Guilen's family will continue to push for justice and for the #IAmVanessaGuillen bill to pass.

The bill is scheduled to be introduced to Congress July 30. The family will meet with President Donald Trump July 29.