Decorated US service member killed in action in Afghanistan was from Teague, Texas 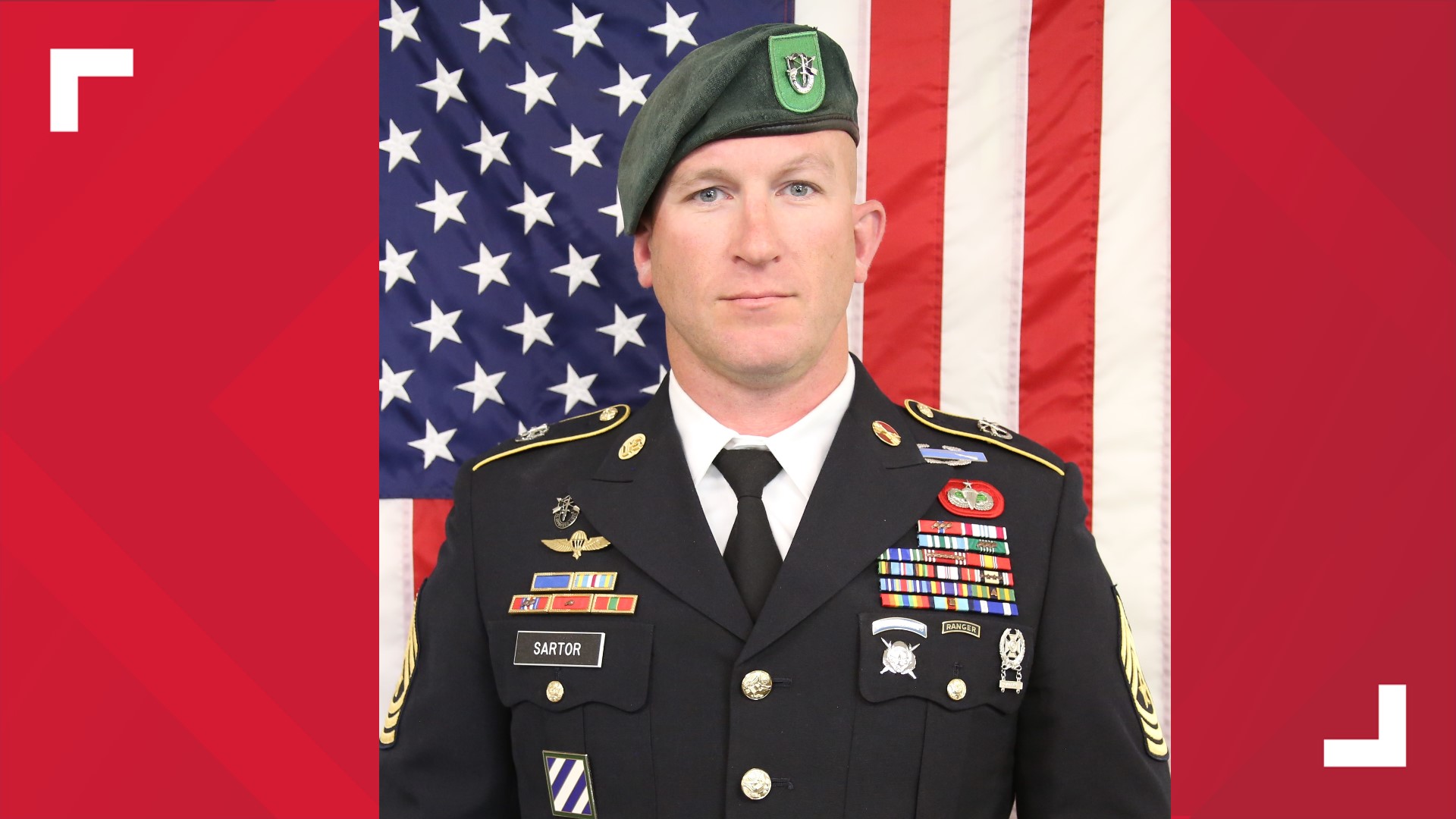 KABUL, Afghanistan — An American service member was killed in action in Afghanistan, the U.S. military said Saturday without offering details about the service member's identity or the circumstances surrounding the death.

In a telephone interview, Taliban spokesman Zabihullah Mujahed said the militant group was behind the killing, even as U.S. peace envoy Zalmay Khalilzad has been holding talks with the Taliban in recent weeks to try and negotiate an end to the war in Afghanistan. The current conflict began in 2001 with the U.S.-led invasion to unseat the Taliban and hunt down al-Qaeda leader Osama bin Laden. After nearly 18 years, it is America's longest war, in which over 2,400 American service members have died.

Mujahed said two U.S. service personnel were killed when Taliban militants attacked a tank in Sayed Abad district of central Wardak province, barely 70 kilometers (40 miles) south of the Afghan capital, Kabul. The discrepancy between the number of fatalities given by the U.S. and the Taliban could not immediately be explained, but the Taliban often exaggerate their claims.

The Department of Defense announced one of the soldiers killed is from Teague, Texas, about 100 miles south of Dallas and 150 miles north of Houston.

“We’re incredibly saddened to learn of Sgt. Maj. James “Ryan” Sartor’s passing in Afghanistan. Ryan was a beloved warrior who epitomized the quiet professional,” said commander of 10th SFG (A), Col. Brian R. Rauen. “He led his Soldiers from the front and his presence will be terribly missed."

Separately, a gun battle in the capital of Badghis province in the country's northwest left three police dead, provincial governor Abdul Ghafur Malikzai said. Militants attacked a government compound in the provincial capital, Qala-e-Naw, from a position in a nearby hotel. Hours after the firing began, Malikzai told The Associated Press the attack was over and two militants were killed and two arrested. The number of wounded rose to 20, he said. It still wasn't known who was behind the attack.

Afghanistan's police and military personnel come under near-daily attacks and have suffered staggering casualties in recent months, most often at the hands of Taliban insurgents, who say the war will continue as long as U.S. and NATO forces are still in Afghanistan.

Earlier on Saturday, the Islamic State group's affiliate in Afghanistan claimed responsibility for a suicide attack Friday at a wedding in eastern Nangarhar province. The bomber, a 13-year-old boy, killed six people and wounded several others. Police said the attack targeted Malik Toor, a pro-government militia commander, who was killed in the blast.

Here is a look at Sartor's awards and decorations with the Army: