After Abbott's order, some Texas voters could have to drive hours to drop off absentee ballots

Three civil rights organizations filed for an injunction against Gov. Greg Abbotts order to limit where a person can hand-deliver their absentee ballot. 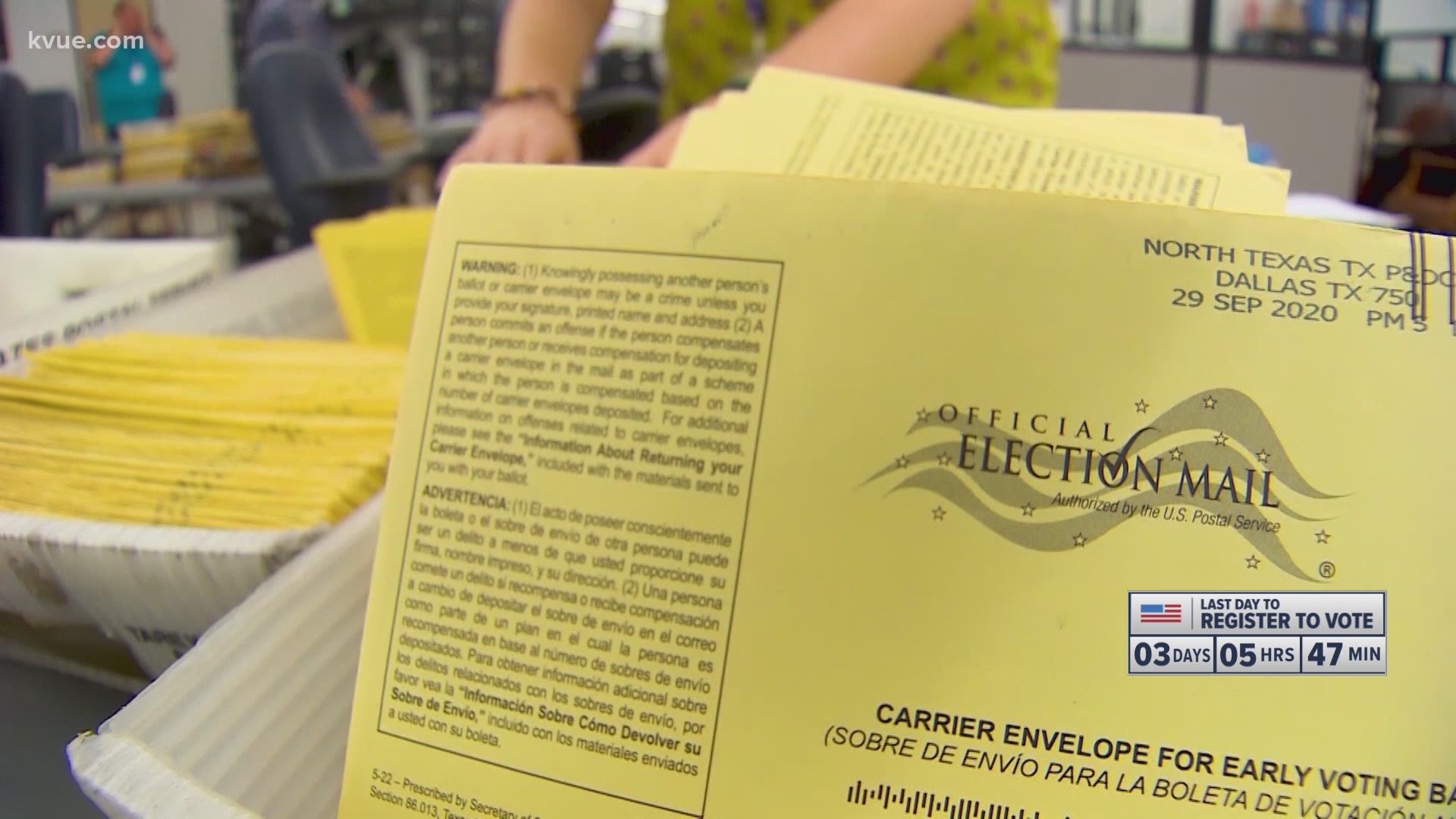 AUSTIN, Texas — Inside each absentee ballot package is one person’s voice. It’s an idea of what a community and a country should look like.

“The best that we can do is do everything in our power and control to make sure we get to the polling locations and vote,” Jinny Suh said.

Suh is a Texas voter who lives in Austin. She planned to vote absentee, but didn’t trust the U.S. Postal Service would deliver her ballot in time. So, she planned to drop it off at one of Travis County’s four designated spots.

She says she’s in a high-risk category for COVID-19, but her plans must now change.

Gov. Greg Abbott ordered all counties to designate one place to receive absentee ballots, shutting down the place Suh planned to go. It would take her more than an hour round-trip to go to the Travis County Clerk’s office.

Looking at the 10 largest counties in Texas, drive time for a ballot drop-off in Alpine for someone who lives near the Big Bend National Park in Brewster County can travel up to an hour-and-half one way.

Brewster County never planned to set up multiple drop-off locations. Not one of the election offices in the top 10 largest counties in Texas said they would have established multiple absentee ballot drop-offs.

“Having those additional drive-thru mail-in ballot drop-off locations would have greatly alleviated the number of people waiting in line to do that drop-off, and it would have made the entire system more accessible to more people,” said Suh.

The other seven of the state's top 10 populated counties showed no original plans to expand absentee ballot drop-off.

Suh said she will not let the change deter her.

“This election is incredibly important. Not just for the big-ticket offices, but also for those down the ticket offices that require our support. And if we want to see our voices heard, then we need to show up and vote,” said Suh.