Keith Ingram is the Director of the Elections Division at the Texas Secretary of State and he says people can vote with confidence in this election. 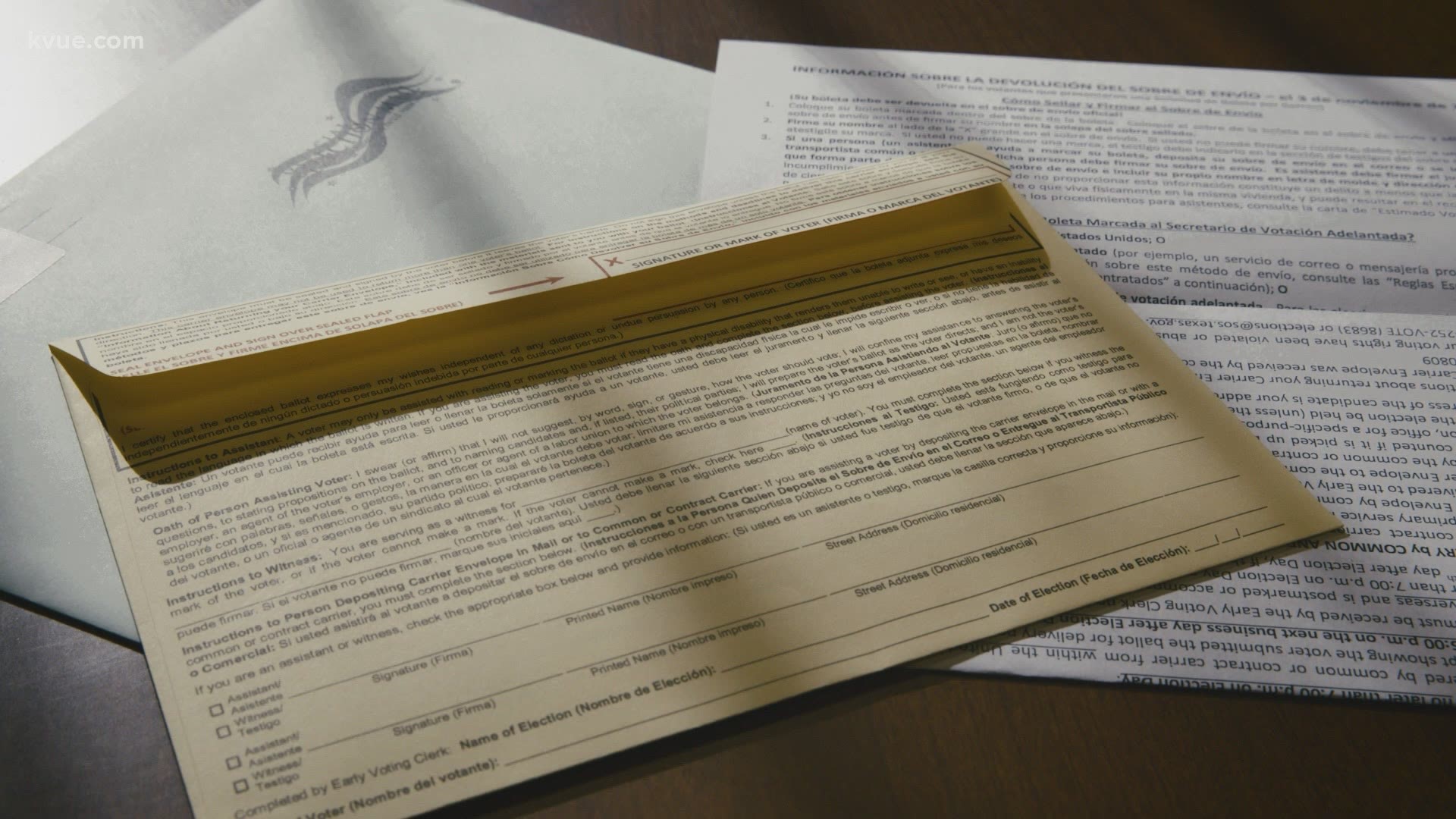 AUSTIN, Texas — As a record number of Texans head to the polls this election, Keith Ingram said, “Texans can have a great deal of confidence in the mail ballot system as well as in our electoral process.”

Ingram is the Director of the Elections Division at the Texas Secretary of State.

“It's got robust built-in security checks. And, you know, we've increased our physical and cybersecurity since the 2016 election,” Ingram told KHOU 11. “You know, working with the Cyber Security and Infrastructure Security Agency, as well as the Department of Information Resources here in Austin. And we've made great progress on securing our elections. I think people can vote with confidence.”

According to the Texas Secretary of State, 470,288 Texans requested applications for ballots by mail in 2020 compared to 63,178 in 2018. That’s just a snapshot of the number of Texans interested in voting by mail. It’s unclear how many of those applications were filled out and returned to individual Counties for eligibility verification and mail-in ballot receipt. Voters also have the ability to either request the applications directly from their counties or print the applications, fill them out and return them. Each individual county would track the number of mail-in ballots used in the 2020 election.

To understand the journey of your mail-in ballot, who’s responsible for its safe handling and counting, you must know who’s in charge.

“Our office's role is to issue advisories,” Ingram said. “Answers questions and basically be technical assistance for Texas elections. The actual election is put on by the counties or by the city and school district that's holding the election.”

There are 254 counties in Texas. And while each has to follow the election code and get equipment or ballots certified by the state, they can each pick how voters cast their ballots, whether it’s machines or paper, or a combination.

“This has always been the way that Texas has run elections as far as voting equipment,” Ingram said. “It has to be certified by our office in order to be something that the counties can purchase. But they don't have to all purchase the same equipment. It's a decentralized administration actually has a security bonus because, you know, there's no one central system that's hackable or vulnerable to any sort of threats from the outside. We have 254 different systems.”

Ingram said counties are starting to process your mail-in ballots. Right now, before the end of early voting on Oct. 30, it only means verifying your signature.

Some counties can choose to have a Signature Verification Committee to do this. According to Ingram and the Secretary of State’s Ballot Board handbook, the early voting clerk can determine if such a committee is needed.

“They compare the signatures on the application with the one on the carrier-envelope, and they can also compare it to any other signatures made by that voter in the last six years,” Ingram said. “The ones that the Signature Verification Committee couldn't determine were signed by the same voter, were signed by the voter, those go to the [Early Voting] Ballot Board and then, of course, the (Early Voting) Ballot Board takes all of the ones that Signature Verification Committee doesn't get to on Election Day.”

Ingram said both the Early Voting Ballot Board and the Signature Verification Committee are supposed to have political parties equally represented.

The counting of mail-in ballots can’t start until after early voting ends in counties over 100,000 residents, so likely the Saturday or Sunday after Oct. 30, according to Ingram. Counties with populations less than 100,000 can’t begin counting mail-in ballots until Election Day. Election Day ballots will be counted Election Night.

“The first batch of results from the counties that we get pretty close to 7 p.m. will be the early votes by mail and the early votes in-person that they have counted throughout Election Day,” Ingram said.

In Texas, no one can just show up to the polls to oversee what’s going on, they have to have a certificate of appointment.

“Poll watchers have to be appointed by a candidate in that election or by a political party,” Ingram said. “We don’t have what some states call nonpartisan poll watchers.”

“Firearms are prohibited in the polling place,” he said.