Do transgender Americans have a place in the U.S. military?

The Pentagon’s new transgender policy going into effect April 12, bars some transgender Americans from serving in the military. 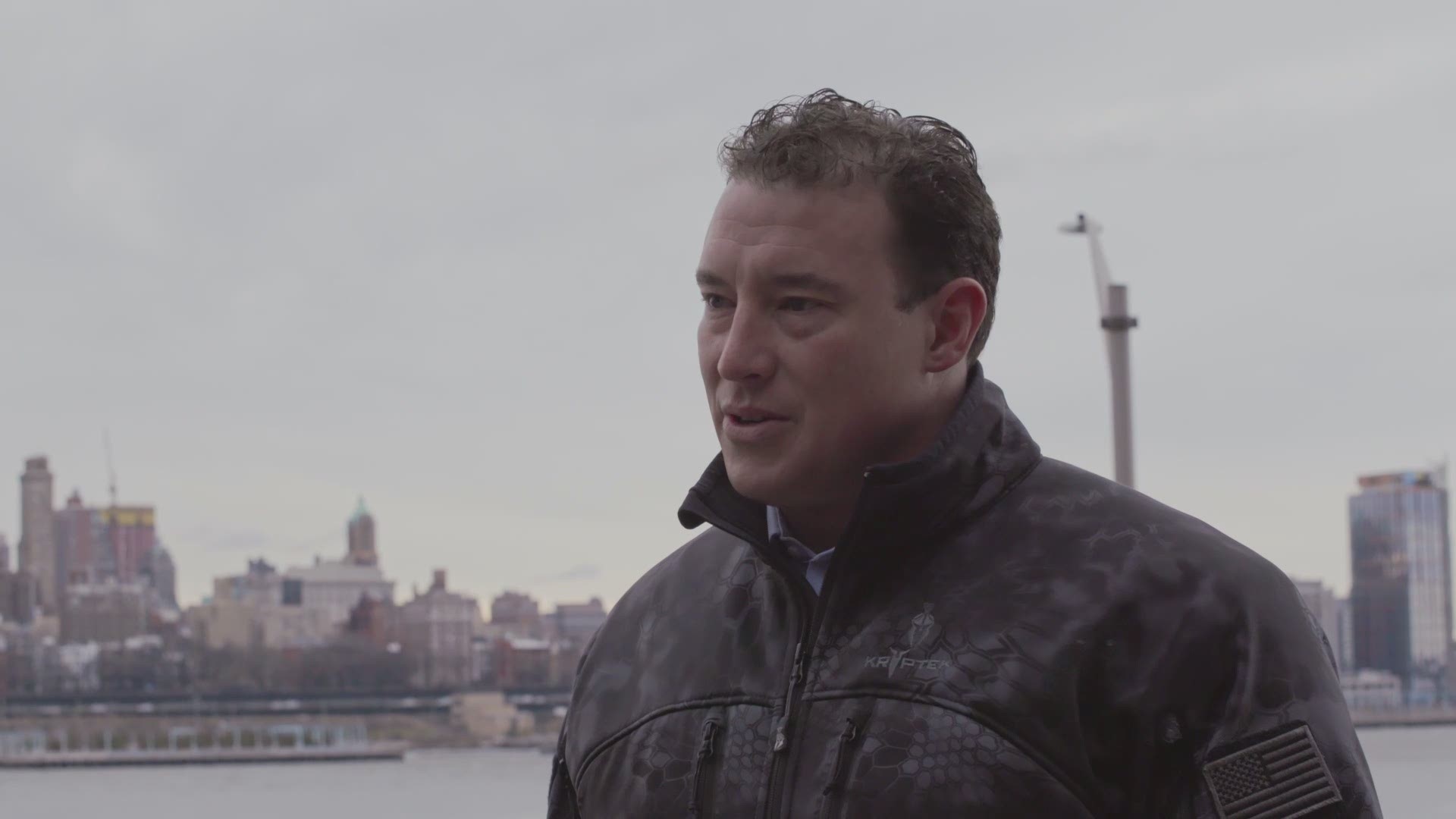 NY, USA — An Imperfect Union brings together two people on opposite sides of an issue to work on a project in their community. Watch full episodes on Facebook Watch every Wednesday at 8 p.m. ET.

The Pentagon’s new transgender policy going into effect April 12, bars some transgender Americans from serving in the military.

An Imperfect Union, asked a former Navy SEAL and a transgender active duty Navy Lieutenant Commander, to discuss whether transgender Americans have a place in the U.S. military.

Carl Higbie is a former Navy SEAL who joined the military in 2003. He served for 9 years with deployments to Baghdad and Fallujah.

“I believe that transgenderism is a distraction in the military,” Higbie said. “They are welcome to do it on their own time, their own place, but I think overall it does not help the mission of killing bad guys.”

“I don't think that they (transgender service members) should be allowed in combat on the battlefield and I think they should phase it out over time,” said Higbie.

“When I joined the military, I was a straight white female,” Dremann said.

“It wasn't until I moved to or I deployed to Afghanistan that I discovered kind of the whole idea of transgender. And it immediately clicked. And I said, ‘that's what this is, that’s what I've been feeling my whole life,’” he said. “Right about the time that I was doing that I got selected as one of the first women to integrate submarines. So here I am gonna go be famous for being a woman on a submarine as I'm learning that I'm a guy.”

Dremann said the new policy won’t affect him because he falls under the exemption clauses.

The change will affect other transgender Americans wanting to serve.

“The people that are going to be affected the most by the policy are the service members who they don't know yet that they need to transition they will not be able to,” he said.

Blake and Carl met in a park in New York City to discuss their points of view.

“I believe you are the gender that you were born as,” Higbie said. “That's just me. But I think the military for me, it's not a social experiment and it's something where I see that as an added variable that could potentially impact combat readiness.”

“What would you think that impacts readiness on?” Dremann asked.

See how the conversation unfolds on this episode of An Imperfect Union for Facebook Watch.