Fans had the chance to cheer on the Lady Bears from the Ferrell Center one last time this season. 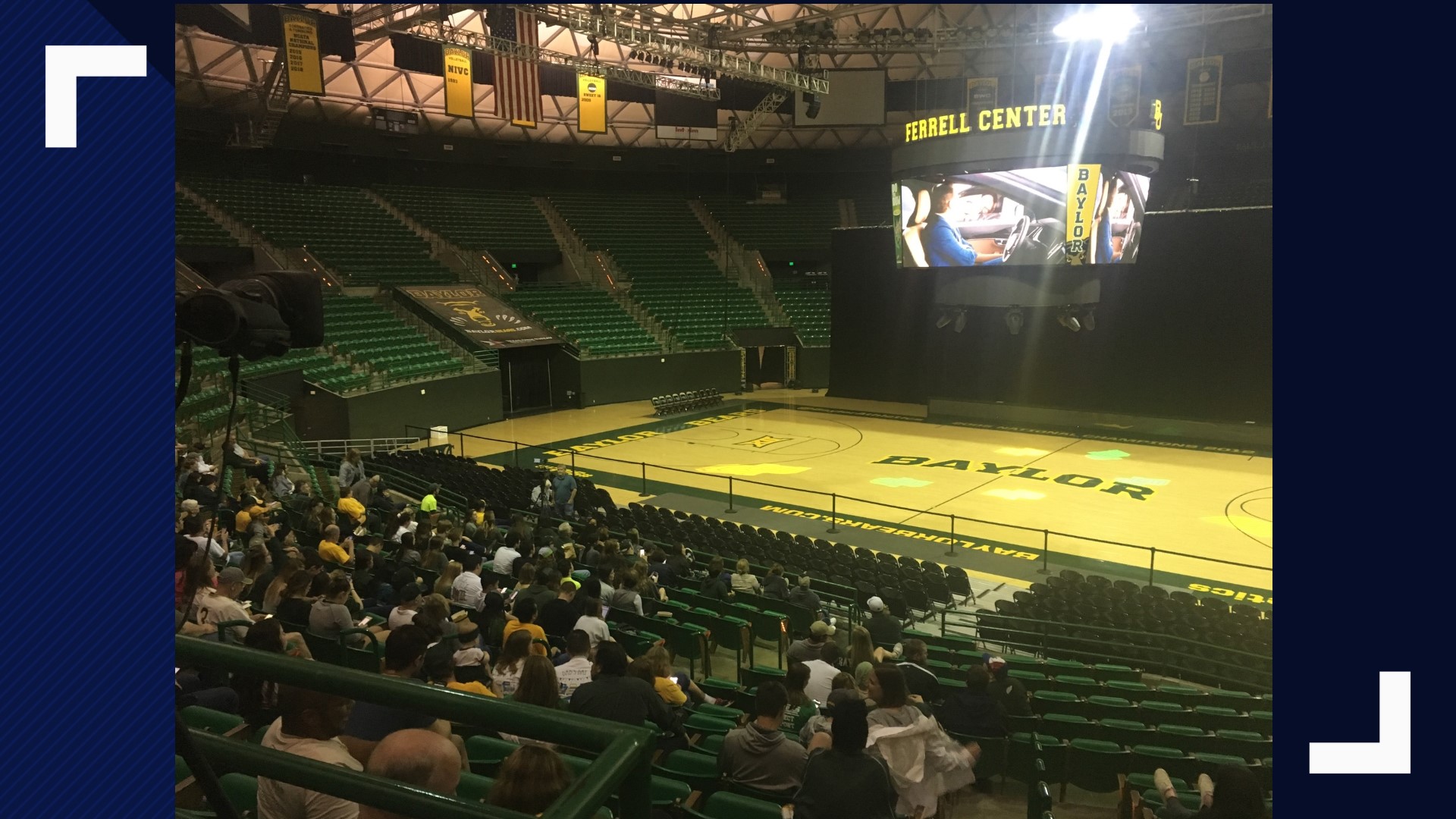 WACO, Texas — After defeating the Oregon Ducks 72-67 in Tampa Friday night, the Baylor Lady Bears advanced to the National Championship for the first time since 2012.

Emotions were high for coaches, players and fans alike, however, the team's ultimate goal was not complete. On Sunday, Baylor managed to win in dramatic fashion to secure their third National Championship in the Kim Mulkey era.

Although a lot of fans have made the journey out to Tampa to see the Lady Bears' Final Four run in person, not everyone could make the trip. So, Baylor held a watch party at the Ferrell Center for fans to cheer on the Lady Bears.

Doors opened at 4:30 p.m., admission was free and concessions were available to buy.

Tip-off in Tampa at Amalie Arena against Notre Dame was set for 5 p.m.

The crowd went wild in the final seconds, as Chloe Jackson took the lead off a dribble drive with 3.9 seconds left in the game. When Notre Dame's Arike Ogunbowale got to the line with a chance to tie the game, fans in Waco watched with anticipation.

Uncharacteristically, she missed her first shot. The miss sealed the deal for the Lady Bears. She made her second shot, but Baylor successfully in-bounded the ball twice to get the clock to expire. Final score: 82-81 Lady Bears.

Watch how the Lady Bear faithful in the Ferrell Center reacted to the exciting finish in Tampa:

One fan said the atmosphere was great for watching the title game.

"To be here surrounded by my Baylor Bears cheering them on, that last buzzer when they won by one point, we are over the moon right now," Baylor fan Meg Peck said. "Over the moon!"

Another fan said the experience was so immersive, he felt like he was at the game.

"It didn't feel like we were watching on a screen," Lady Bear fan Cameron Tarvin said. "It felt like we were at the game. It was insane."

Some fans said they were stressed out by Notre Dame's late run to tie the game.

"I actually started tearing up," Jada Holiday said. "'Are they going to lose it there's two minutes left in the game!' But I knew our girls, I knew they wanted it, and I knew they were going to do it."

Women inspiring women: the women behind the Lady Bears