Sparky Beckham was a student when Baylor lost the national championship in 1948. 73 years later, he was there again as the Bears took home the title. 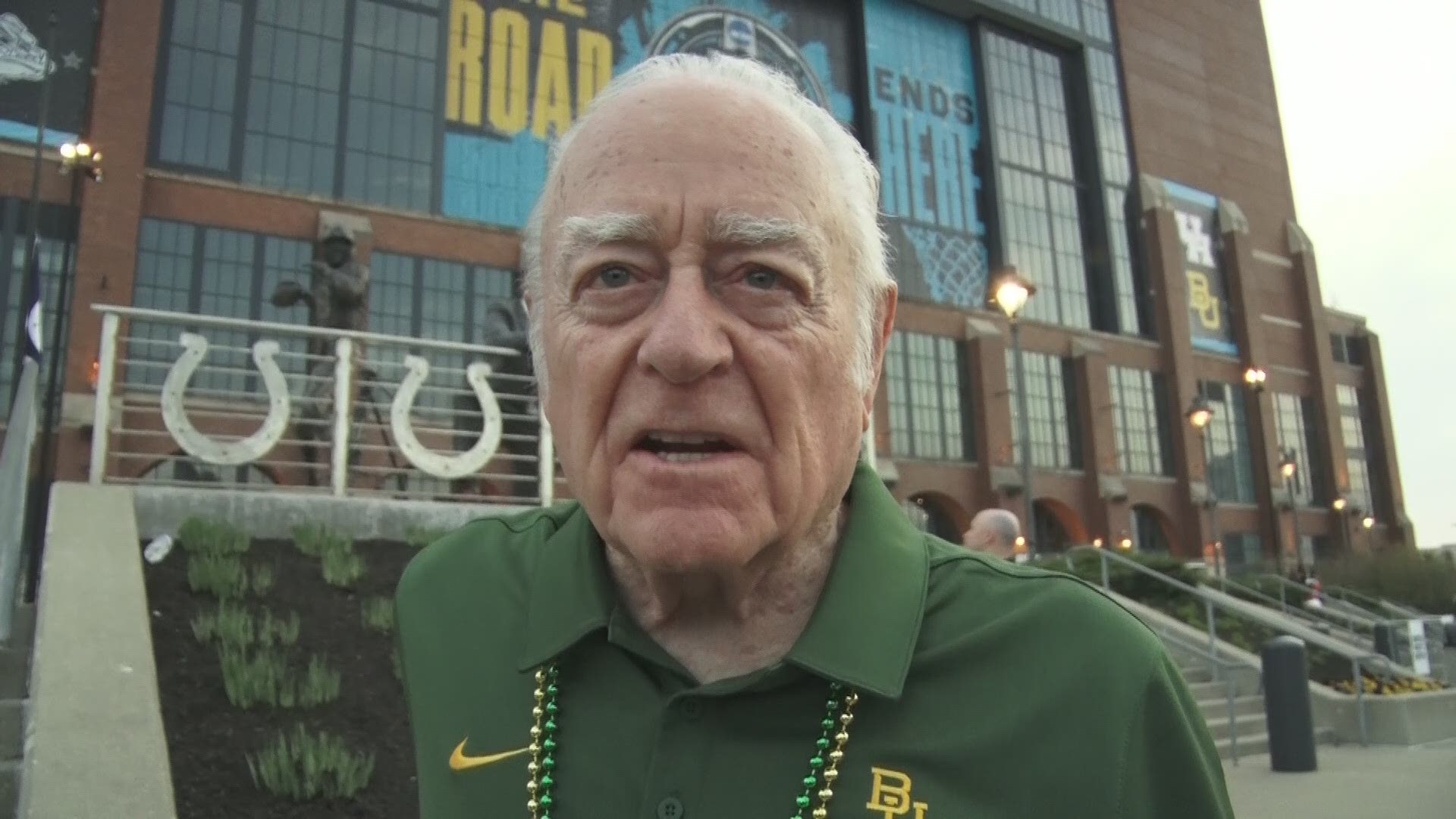 INDIANAPOLIS — C.T. Sparky Beckham is one of the few people who's seen first hand the two pinnacles of Baylor men's basketball.

Beckham graduated from Baylor University in 1949. That was one year after the Bears' first trip to the national championship game. They lost that game by 16 points, 58-42, to legendary coach Adolph Rupp's Kentucky Wildcats.

Monday night Beckham was in Indianapolis to see the Bears win their first title. This time they won by 16 points, defeating the Gonzaga Bulldogs 86-70.

Beckham said he would have been at the '48 championship game but on his way from Waco to Madison Square Garden in New York City, his plane had to land in St. Louis to refuel.

"It was a mail plane and it didn't have any seats in it," Beckham said. "We sat on the floor on some benches."

They never got of the ground again due to what the pilot said were technical issues.

"Our pilot came and said, 'guys I'm sorry but we've got a little trouble with this airplane and I'm afraid to fly onto New York and fly back to Waco. We need to just turnaround and go back to Waco,'" Beckham said.

This time, Beckham successfully made the trip from Dallas to Indianapolis.

Beckham said he's been a fan of Baylor through all the programs ups and downs, including the murder of Patrick Dennehy in 2003 by his teammate Carlton Dotson.

“We've got a great coach in Scott Drew who's done a great job at Baylor," Beckham said. "He's been there since 2003 and we had a terrible program before he came. We had not won very much for several years and he determined to turn it around and has done a great job.”