Killeen ISD to propose 3.5% pay bump for all employees at next board meeting

If approved, the salary for a first-year teacher would increase from $50,300 to $52,000 for the upcoming school year. 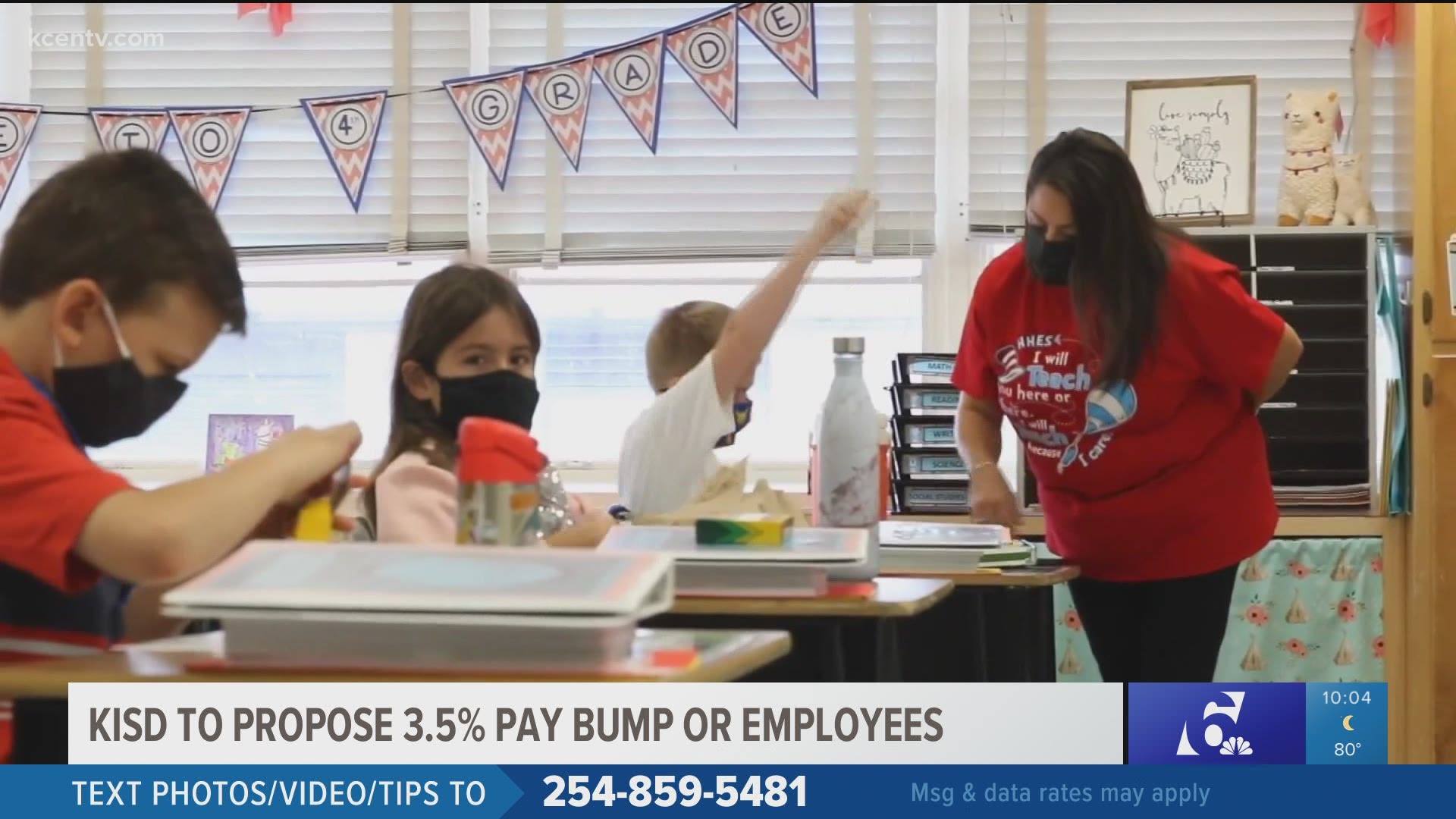 KILLEEN, Texas — Next Tuesday, the superintendent of the Killeen Independent School District will present a proposal to raise the pay for all employees during the 2021-2022 school year.

Dr. John Craft will present the plan to the Board of Trustees during Tuesday night's regularly scheduled board meeting.

The proposal offers to increase pay by 3.5% for all employees beginning July 1, the district said.

"If approved, the salary for a first-year teacher would increase from $50,300 to $52,000 for the upcoming school year," the district said in a news release.

For hourly non-exempt staff, they would receive a pay rate equity adjustment that aligns to the market values suggested by a Texas Association of School Board (TASB) HR department study.

"This would result in some non-exempt starting salaries to increase between 8% to 13% before the proposed 3.5% general pay increase is applied," the district said.

"Pending Board action, Killeen ISD would be investing $14.8 million in our most valuable resource, our employees, and be well-positioned to be one of the most competitive school districts in Central Texas," the district said.

Tuesday's meeting will begin at 6 p.m. in the KISD Board room. All meetings will also be streamed online here.