Paxton Smith said 10 days ago she couldn't stop thinking about the new heartbeat abortion bill and got more and more upset. 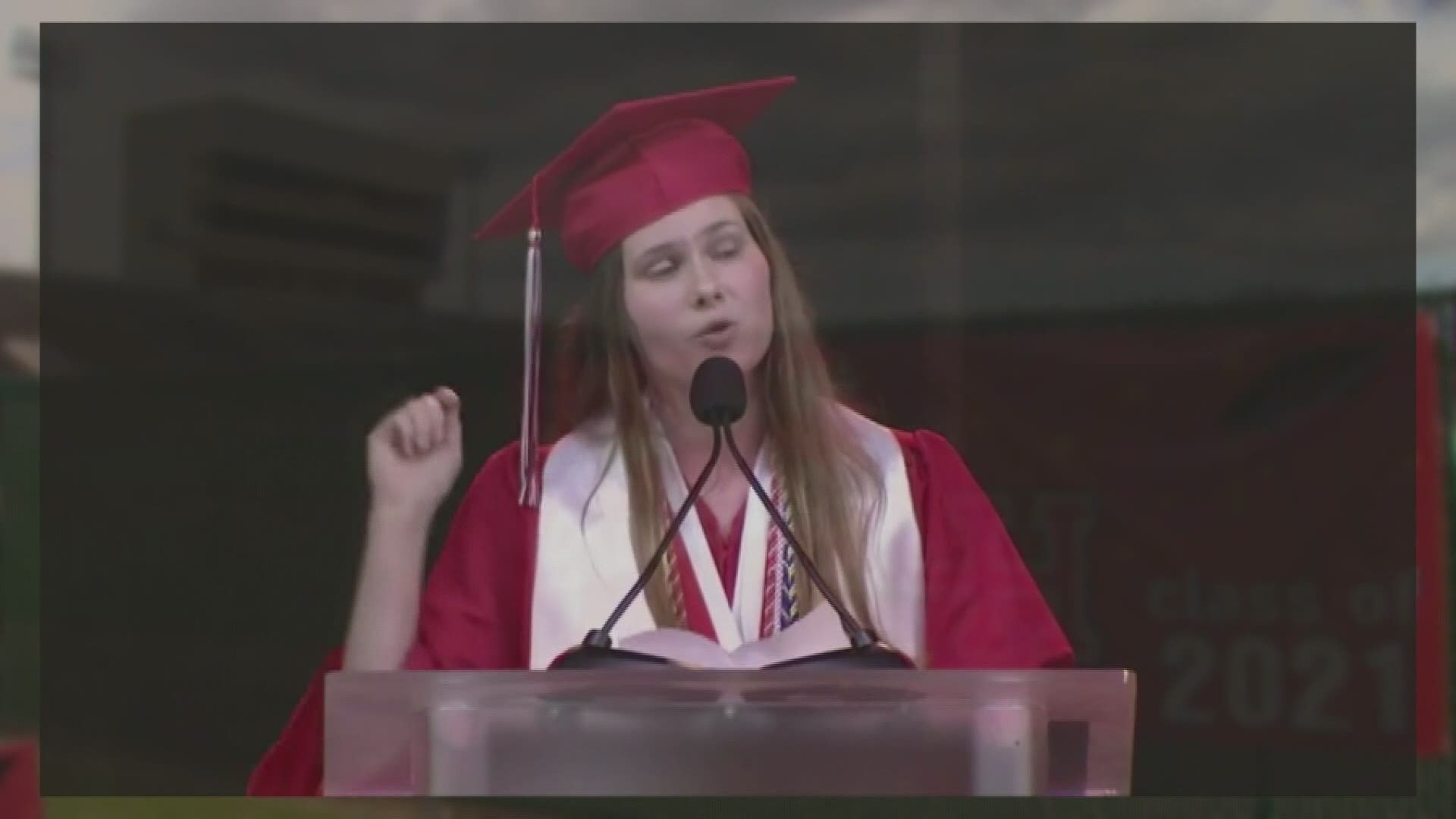 RICHARDSON, Texas — Paxton Smith has had to turn off her phone’s ringer and notifications.

This past weekend, the Lake Highlands High School valedictorian with a 104.93 average made a last-second change to her speech at graduation and it has since gone viral with millions of views online.

“I thought that the microphone was going to get cut off a couple minutes in, but it didn’t,” Smith said.

Instead of reading her approved speech about media and content, she decided about 10 days before graduation she needed to target Texas’ new restrictive abortion bill just signed into law two weeks ago.

Referred to as the "heartbeat bill," it bans abortion after six weeks with no exceptions for rape or incest.

“My mind just kept on going in a loop about the heartbeat bill and how upset I was about it,” Smith said.

She had practiced in the mirror, at stoplights and while getting ready, but worried the speech would fall flat. She told her parents in advance who were mostly supportive but shared some of her nervousness.

After silence at first, the crowd began to cheer her after each line.

Paxton is headed to the University of Texas at Austin to major in music business or music production and jokes she didn’t get into the school social change living learning community. Now her speech has been shared by political figures like Hillary Clinton and Beto O’Rourke.

She hasn’t heard from Richardson ISD since the speech. The district said in a statement it’s now reviewing student speech policies.

“The students who shall be speaking at the graduation ceremony were selected based on neutral criteria to deliver messages of the students’ own choices,” a district spokesperson wrote. “The content of each student speaker’s message is the private, voluntary expression of the individual student and does not reflect the endorsement, sponsorship, position or expression of the District or its employees”

Just after the speech, she got applause from students and staff alike.

“All the teachers that were lined up on the field were like, ‘Yeah, good job.’ It felt great," she said. “I thought the speech was going to die on the stage that day and the complete opposite has happened.”

Her words were about abortion, but her message is to use your platform, your voice and your rights.