G.W. Carver Middle School began collecting dresses and they received a lot of support from the community, but they quickly realized they didn't have enough suits for the boys. That's how the Prom Suits Drive idea came about. 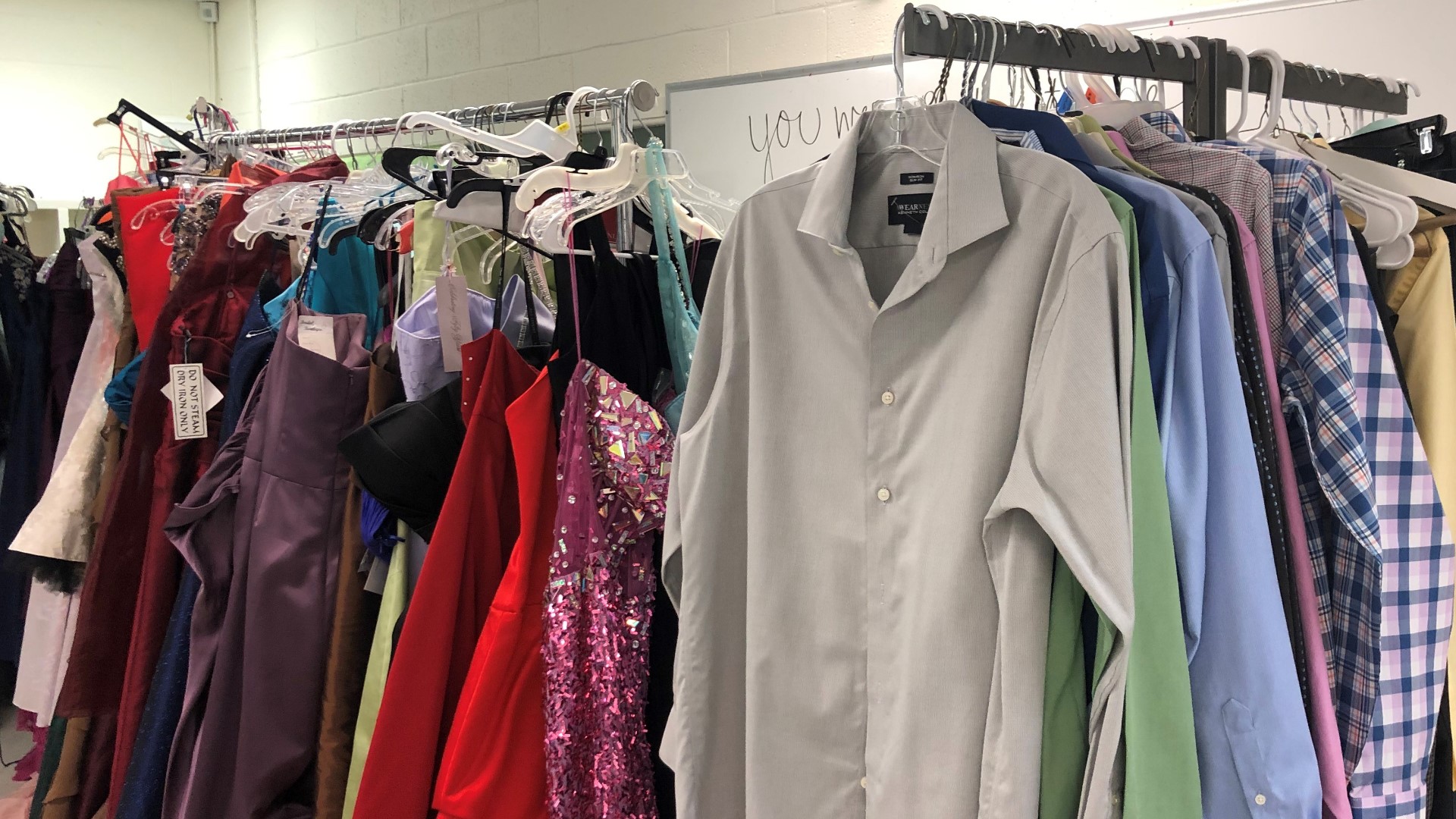 They began collecting dresses and they received a lot of support from the community, but they quickly realized they didn't have enough suits for the boys. That's how the Prom Suits Drive idea came about.

Dr. Kathy Ransom, a reading instructional coach and a member of the prom committee said they're asking the community for help so that everyone can be dressed well for their prom.

"When we had our meeting together for the prom committee they said what are we going to do for our young men because the girls are saying, 'If the boys are not dressed we're going to be looking pretty and what about them?' So, we want to make sure that we cover young boys and the young ladies," Ransom said.

Nearly 400 dresses were donated by businesses and people in Waco. Ransom said about 75% of those dresses were new. They have a room full of dresses but only one rack of clothes for boys.

Mary Bonner-Fisher, president of the PTA said prom is supposed to be a fun time for students. She said students can be discouraged from going to school events if their parents can't afford the clothes for them to attend.

"It's village work, so that a mother does not feel ashamed or a father doesn't feel embarrassed or hurt because he has to now tell his daughter or his son, 'Sorry we can't,'" Bonner-Fisher said.

On Friday, they let girls pick out two dresses each, which was 60 in total. Now, they're hoping to do the same for the boys.

"It's easier to build a child than to repair a broken man and so that's what we're doing," Bonner-Fisher said. "Even though it may seem simple like a dress or a suit, but we're building self-esteem, we're building character, we're giving them something to remember."

They're in need of new or gently used shirts, suits, slacks, and they're also accepting monetary donations.

The drive is taking place Tuesday and Thursday from 4 p.m. to 6 p.m. at G.W. Carver Middle School in Waco.