We are proud to recognize Penny Whitmire with May's Channel Six Outstanding Educator Award, sponsored by Edible Arrangements of Temple. 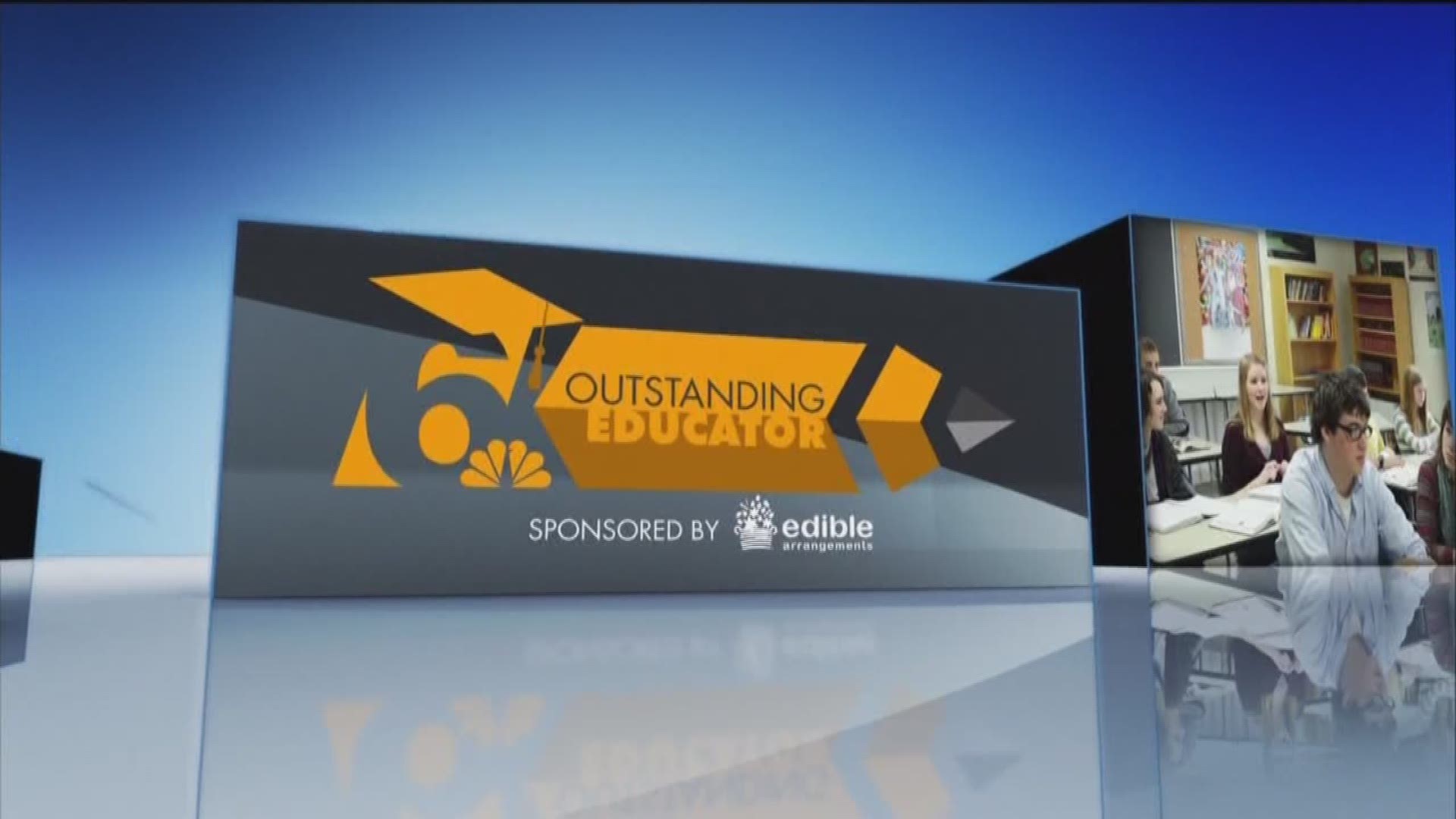 We are proud to recognize Penny Whitmire with May's Channel Six Outstanding Educator Award, sponsored by Edible Arrangements of Temple.

More than 18 years ago, Mrs. Whitmire helped launch Salado ISD's version of the program, which was developed through the governor's office. Using unconventional teaching techniques and a wave of software programs, Mrs. Whitmire has been helping students who may be struggling academically improve their grades, meet state standards and graduate.

"We use seven different software programs to help them learn in a different way, so they can be successful and independent learners," Mrs. Whitmire said. "Our whole goal is for them to not need us and be successful as they leave the school district."

Parents and students describe Mrs. Whitmire as a teacher who supports her students beyond the classroom.

Krystal Schoepf, mother to a freshman Salado High School student, first nominated Mrs. Whitmire. She said when her daughter lost her Army father earlier in 2017, Mrs. Whitmire provided academic and emotional support, even attending the father's funeral at the Veterans Cemetery in Killeen.

"It isn't just my daughter that she touches," Schoepf said. "I believe that Penny is an amazing teacher to every student that has the privilege of being in her class."

The positive impact Mrs. Whitmire has on parents and students was no surprise to Salado ISD Superintendent Michael Novotny.

“She is amazing," Novotny said. "We have a lot of amazing educators in our district, but she is one of the very best. And, she does such a good job working with our students – helping them be successful through graduation and beyond.”

“That’s the final ultimate reward for all of us when we see them walk across and get their diploma," Mrs. Whitmire said.

Mrs. Whitmire is the final Outstanding Educator Award recipient of the 2016-2017 school year. Channel Six would like to again thank Edible Arrangements of Temple for supplying all the winners with a gift. If you'd like to purchase an Edible Arrangement for someone special in your life, visit Edible Arrangements at 2320 S. 31st Street #104 in Temple -- near Baylor Scott & White.