List: How are Central Texas school districts making sure your kids are ready to start online learning?

KVUE reached out to school districts in Central Texas to figure out what each is doing to make sure kids are ready to start online learning. 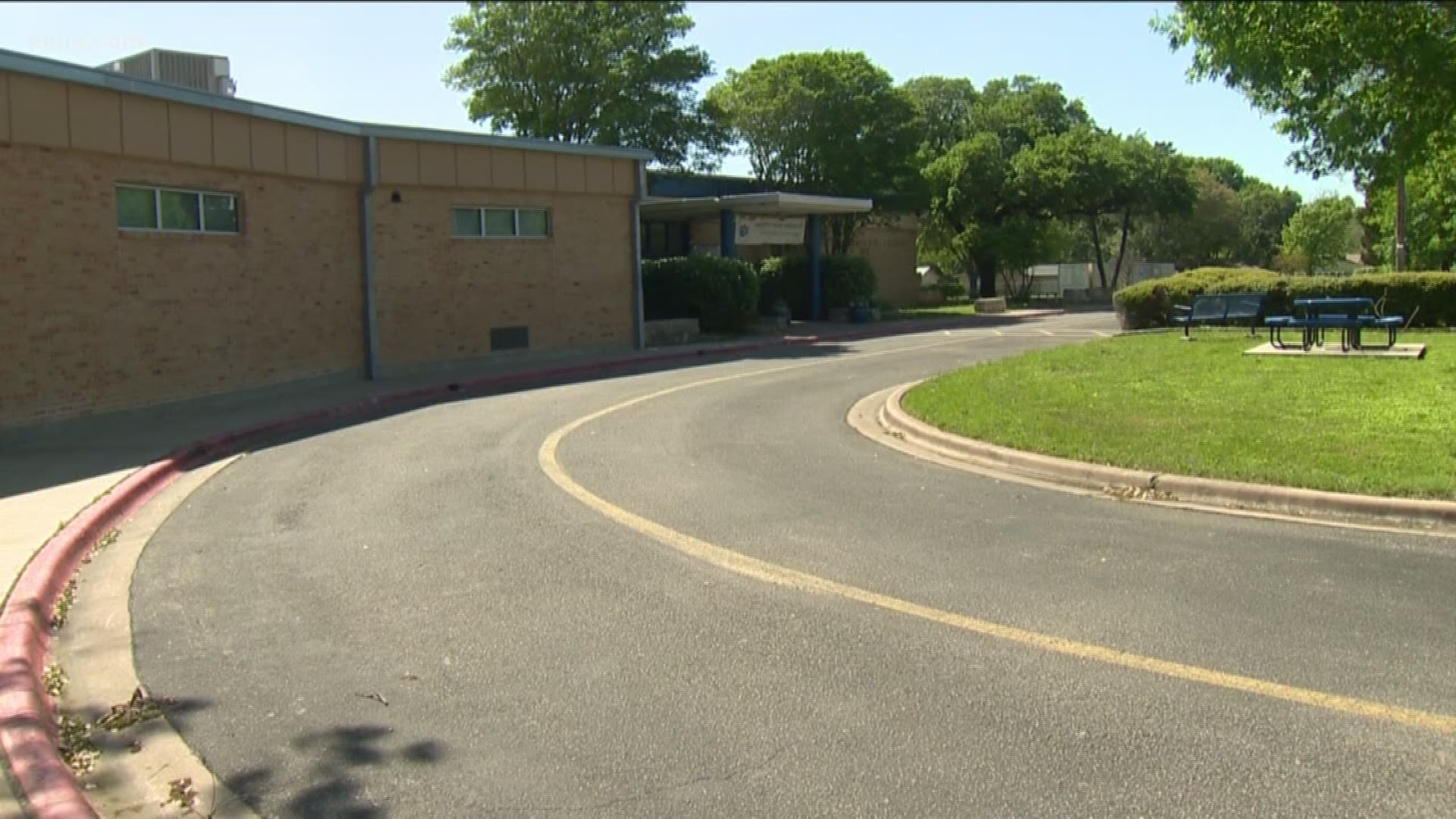 AUSTIN, Texas — After Texas Gov. Greg Abbott announced schools will remain closed until at least May 4, KVUE reached out to school districts in Central Texas to see if they are equipped and ready for students to move to online learning.

Austin ISD said teachers have been training and reaching out to families to figure out what learning platform will work best for them.

The district reports it is conducting a pilot program to distribute laptops and hotspots to students who need them.

AISD said it is also outfitting more than 500 school buses with hotspots. AISD officials said the buses will be driven to locations throughout the district where home internet access is least likely.

Instructional packets have also been distributed and will continue to be given out at some of the schools and meal sites.

Starting last week, GISD said it provided families with enrichment learning materials and grades are not being collected on that work. However, the district said it is designed to support student learning before spring break.

GISD said laptops and WiFi hotspots are being deployed to families who need them and added it will continue to lend devices as needed.

Also, GISD said any family who missed their device pickup at their home campus can report to the meal distribution sites between 11 a.m. and 1 p.m. on Tuesday, April 7, to check out a device.

The district said it is phasing in its at-home/online learning and some teachers have started teaching their classes via Zoom or Google classroom. Hays CISD is also training teachers to use virtual classrooms.

Lake Travis ISD said it started online learning on March 26. The district said it has mobile hotspots and laptops for families in need.

The district reported that many teachers worked through spring break to prepare for online learning.

Leander ISD announced it will be handing out laptops to elementary students who need them. Click here for the distribution schedule. The district said it is also working to identify which staff will need computers, but it said students are the priority.

Leander ISD's website also lists internet service providers that are offering free trial internet to homes that may not have access. 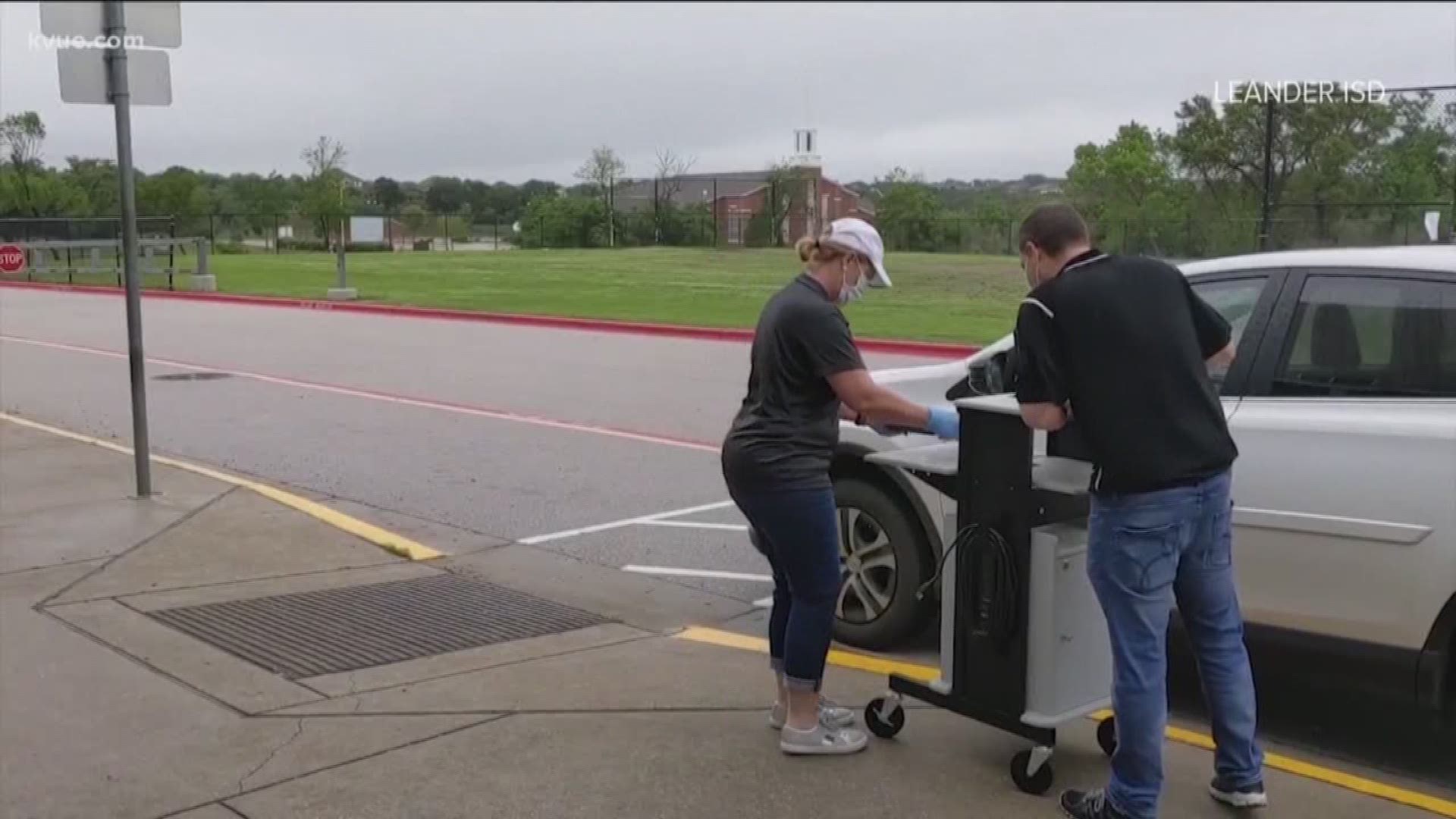 Pflugerville ISD said staff has been working the past two weeks on the various online platforms needed to meet our students’ needs and will continue to stand up more resources and supports as it continues to develop them.

The district said it asked parents to complete a form if they require technology assistance in the form of a device and/or network help. The district reports it ordered 100 hotspots to distribute to students, but it said it is still waiting for the devices to arrive.

Pflugerville ISD also said it plans to distribute technology devices to those students who have a need. The district will include a list of companies that offer free or reduced-cost internet services.

The district also is offering paper copies of the lessons and said it already delivered more than 5,500 packets on day one.

Round Rock ISD said its teaching and learning staff has been developing the at-home approach for the past few weeks and teachers are being trained for at-home learning.

RRISD said it created a learning hub for students to access enrichment resources. Paper copies are available for pick-up at each of the meal distribution locations, district officials told KVUE.

RRISD said it started distributing devices to students and families who may not have access to devices this week. The district said it ordered WiFi hotspots and will release more information about the distribution of them after they arrive.

San Marcos CISD said it is providing devices and hot to those that have requested the items.

KIPP announced on April 2 that it would remain closed until notified that it was safe to return to school. Additionally, the Austin locations will provide lunch to kids under 19 from 10 a.m. to 1 p.m. during the week.

KVUE also reached out to Bastrop ISD, Del Valle ISD, Manor ISD, Taylor ISD and Wimberley ISD and has not heard back yet.

Stimulus check calculator: See how much you'll likely be getting