Thousands of students in southern Dallas will have access to computer technology at home as part of a new initiative. 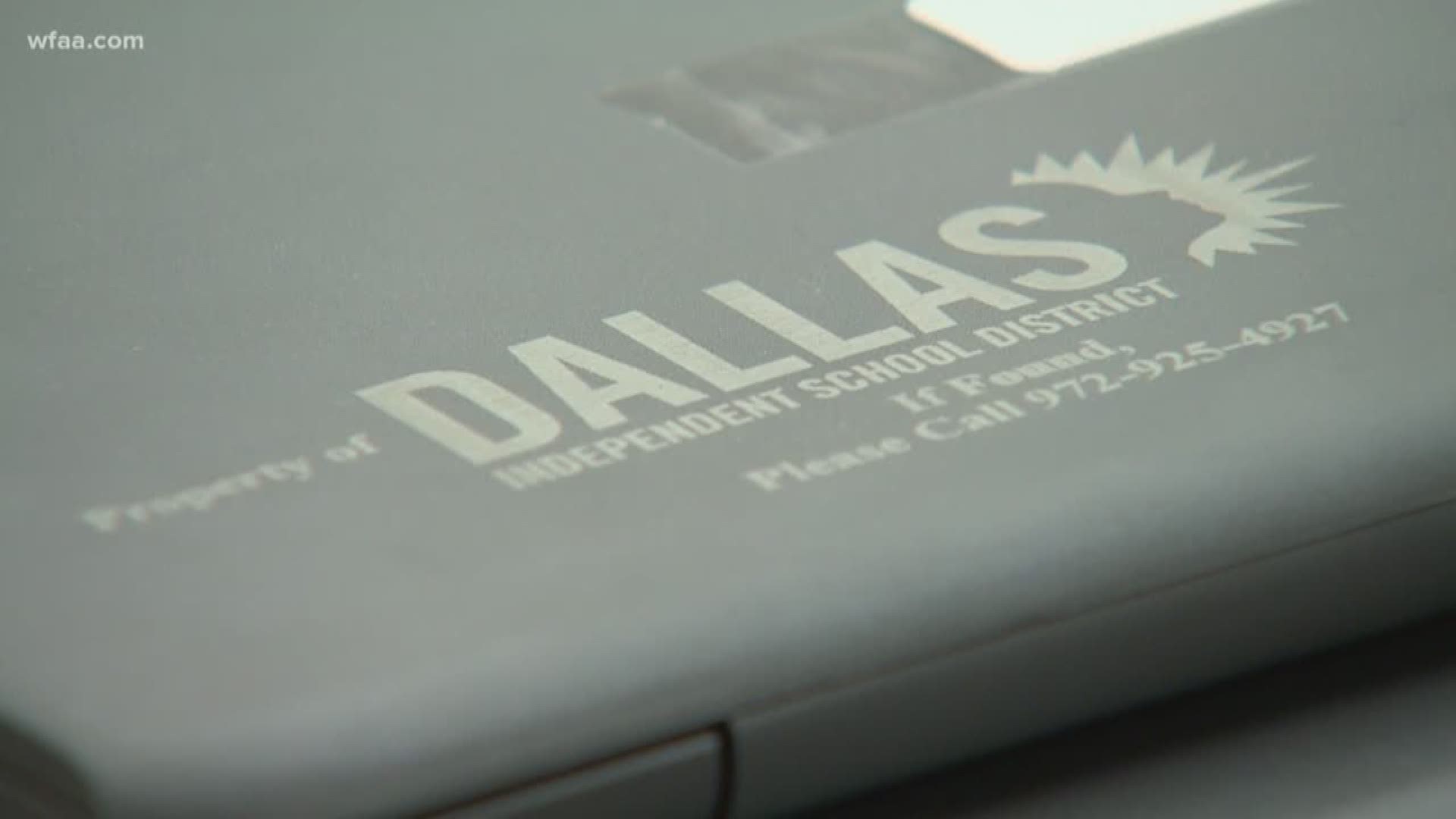 DALLAS — Students at six high schools in the Dallas Independent School District will be receiving laptops and free Wi-Fi hotspot devices to take home for the school year.

Students were excited Thursday as they were called to the library of South Oak Cliff High School to pick up their new Chromebook laptops. The campus is the first distribution site under a new technology pilot initiative in Dallas ISD.

"The students are really excited because some students don’t have what everyone else has at their household," said Tamara Fields, a sophomore.

Dallas ISD purchased about 5,300 Chromebook laptops. The school district is partnering with the 1Million Project nonprofit and Sprint to make sure each student has free Wi-Fi access at home.

"It’s going to be different because there’s a lot of stuff that I can’t do on my Xbox that I can now do on the computer," said Marquis Gains, a freshman. "Like I can do more work and stuff like that without having to do it at school.”

Administrators at the South Oak Cliff High School campus are calling the initiative a game-changer. The school is already making tremendous gains with four academic distinctions over the last two years.

“The access to technology, the access to media, allows us to differentiate our academic program," he said.

”We’ve been really, really, strongly advocating for equity, and we see that it’s starting to happen in District 5." said Maxie Johnson, a Baptist pastor and Dallas ISD trustee.

Four of the six schools participating in the pilot initiative are in District 5, the area Johnson represents.

”You know, the communities that I serve, we are low-income kids," she said. "So, a lot of the parents and the students cannot really afford top-notch laptops to help with their education or do homework when they go home, so this is very significant.”

The excited students say access to the laptops will allow the opportunity to be more competitive while tackling the digital divide.