"[Teachers] have decided to resign or retire because of their own health issues. They didn't want to put themselves at risk," a parent and former teacher said. 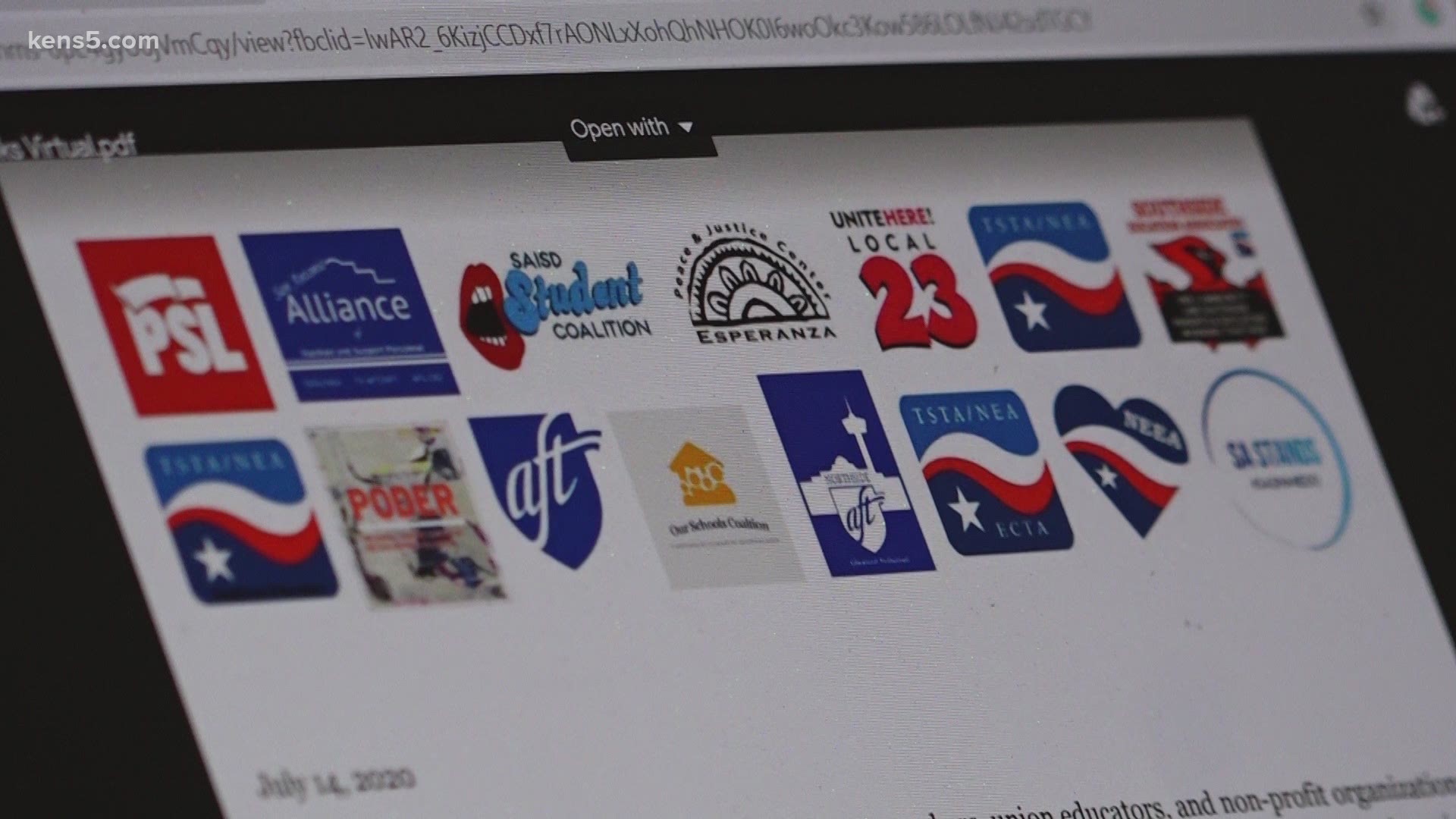 The latest number of coronavirus cases Alejandra Lopez is seeing tells her it's too soon to go back to in-person schooling.

"It's not safe to reopen schools at the moment," the president of the San Antonio Alliance, a teachers union, said.

More than a dozen area teacher unions have signed a letter put together by the San Antonio Alliance calling on the Governor and Texas Education Agency to postpone the start of in-person classes for at least nine weeks.

"We know what it looks like when we reopen too early. We are experiencing it right now," Lopez said. "If we prematurely open our schools, all we're going to do is add to that stress on our hospitals, on our local resources."

It's a fear echoed by Judge Nelson Wolff in Monday's news briefing as he stressed educators would be put in a vulnerable position trying to teach students safely. "Like trying to herd a lot of wild cats," he said.

It's something Lisa Thomas knows a thing or two about. The mom of a high school student was a teacher for years and created her own petition to get the T-E-A to postpone in-person classes, as well as STAAR testing.

"Teachers are going to be afraid," Thomas said.  "After talking to some of my former colleagues and finding out that they have decided to resign or retire because of their own health issues. They didn't want to put themselves at risk and it's not because they wanted to leave the classroom or stop teaching, it's more of a necessity for their health and well being."

Messages to the Texas Education Agency in response to these concerns went unanswered on Tuesday. But that's not stopping teachers, parents and even county officials from taking a stand.

"We hope that the Governor and the TEA are paying attention to this because this could be another big problem," Judge Wolff said on Monday.