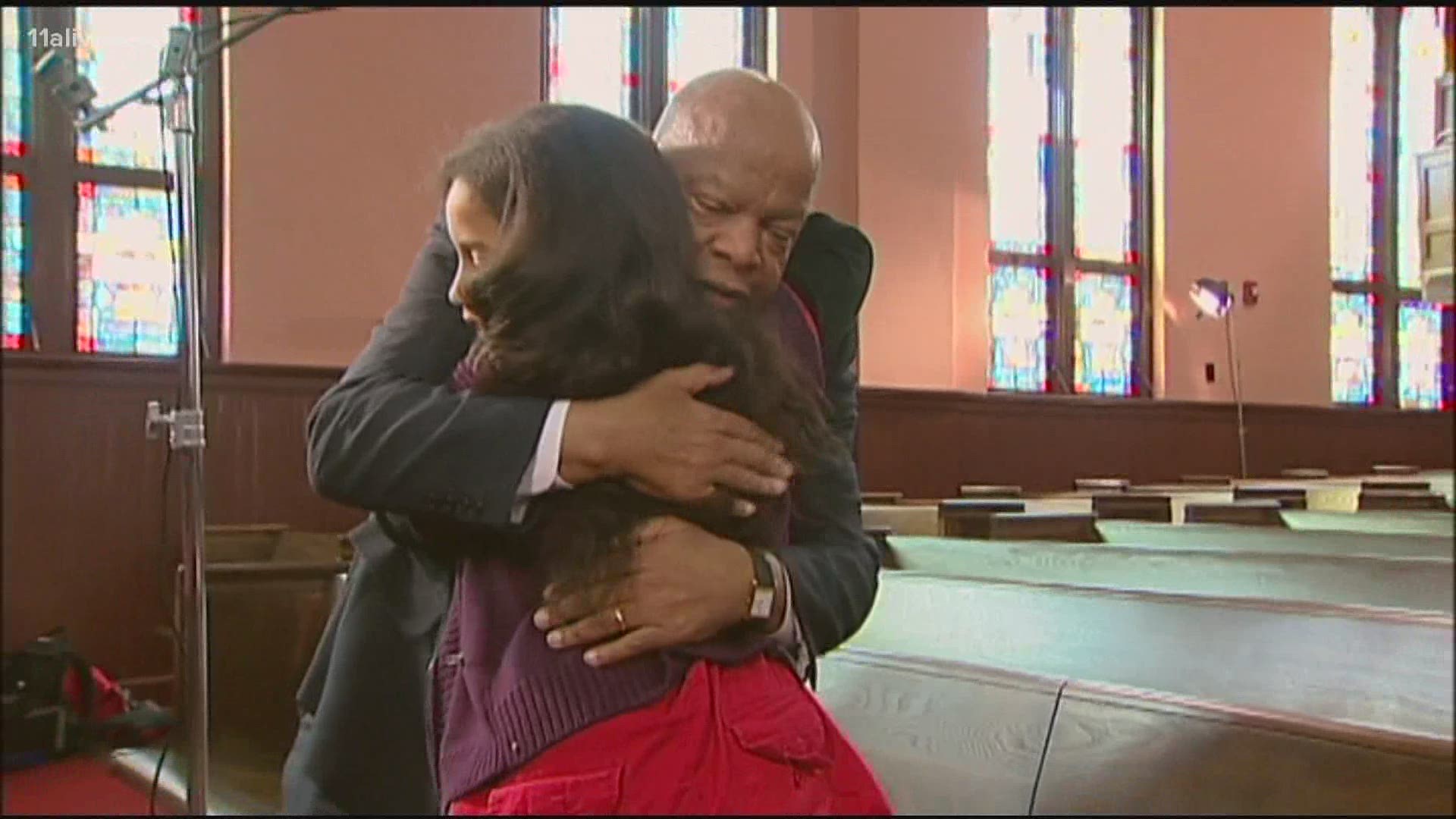 SELMA, Ala. — A long-standing debate over the name of an Alabama bridge has been growing in recent months, and with the passing of John Lewis, it is certain to gain even greater momentum.

The Edmund Pettus Bridge was a concrete and steel arch bridge built in 1940 to take US Highway 80 across the Alabama River in Selma, Alabama.

Edmund Winston Pettus was a Confederate brigadier general, US senator and a former grand dragon of the Ku Klux Klan.

On the far side of the bridge, a wall of Alabama State Troopers and a posse of other men waited for them.

The county sheriff, confronting the civil rights marchers, demanded that they disperse and go home, or back to church. Williams requested a moment to pray. Instead, the sheriff ordered his line forward.

The police and deputies set upon the marchers, knocking them down and striking them violently with batons.

Images of the events, which were seen on television across the nation, became known as "Bloody Sunday." Many Americans, horrified by what they witnessed, found themselves in support of the voting rights campaign.

In 2011, a group of kids -- children of 11Alive News employees -- got to sit down with Lewis and ask him about that day.

"When I look at that picture, I feel like we're standing at a point of no return," Lewis said, looking at a photo of the standoff between the two sides. "People in Selma, Alabama. People in other parts of the state. Other parts of the American South could not register to vote simply because of the color of their skin."

In recent years, efforts have been underway to rename the Edmund Pettus Bridge for Lewis.

Joe Madison, whose radio talk show is aired daily on Sirius XM Radio's Urban View channel weekday mornings, has made the clarion call on his show for the bridge to be renamed for John Lewis.

"It is now 2020. It is past time to rename the Edmund Pettus Bridge after Congressman John Lewis," Madison said. "Wipe out the name of a white supremacist. Honor a civil rights hero."

It is now 2020. It is past time to rename the Edmund Pettus Bridge after Congressman John Lewis. Wipe out the name of a white supremacist. Honor a civil rights hero.@repjohnlewis @SIRIUSXM @SXMUrbanView #EdmundPettusBridge #civilrights #goodtrouble #Alabama #makeUSbetter pic.twitter.com/GmRFKbeSY7

Democratic US Representative Terri Sewell, who represents the city of Selma in the nation's capitol, and who is a Selma native herself, had previously opposed the renaming of the Edmund Pettus Bridge for John Lewis.

"The historical irony is an integral part of the complicated history of Selma — a city known for its pivotal role in Civil War and the civil rights movement. The bridge is an iconic symbol of the struggle for voting rights in America, and its name is as significant as its imposing structure," Sewell had said in 2015 according to Roll Call. "Changing the name of the bridge would change the course of history and compromise the historical integrity of the voting rights movement. "

But in June 2020, Sewell issued a statement reflecting a strong change of opinion in the wake of the murder of George Floyd.

As a result, Sewell said, she feels that the bridge should, indeed, be renamed.

"There is no denying that Selma’s Edmund Pettus Bridge—the site where foot soldiers shed their blood in the name of equality and justice for all Americans—is a powerful symbol of the civil rights movement," she said in a statement. "The voices on the streets of the nation cry out to be heard and they demand real change. Removing Confederate memorials and renaming buildings is not the change they seek, but it is an important step in the process towards racial healing."

The Edmund Pettus Bridge was declared a National Historic Landmark in February 2013.

An online petition to change the name of the bridge has received more than 400,000 signatures.

The final decision lies with lawmakers in the state of Alabama and Gov. Kay Ivey.