Ahmaud Arbery's family wants to speak to the person who left a note at the site of the shooting. 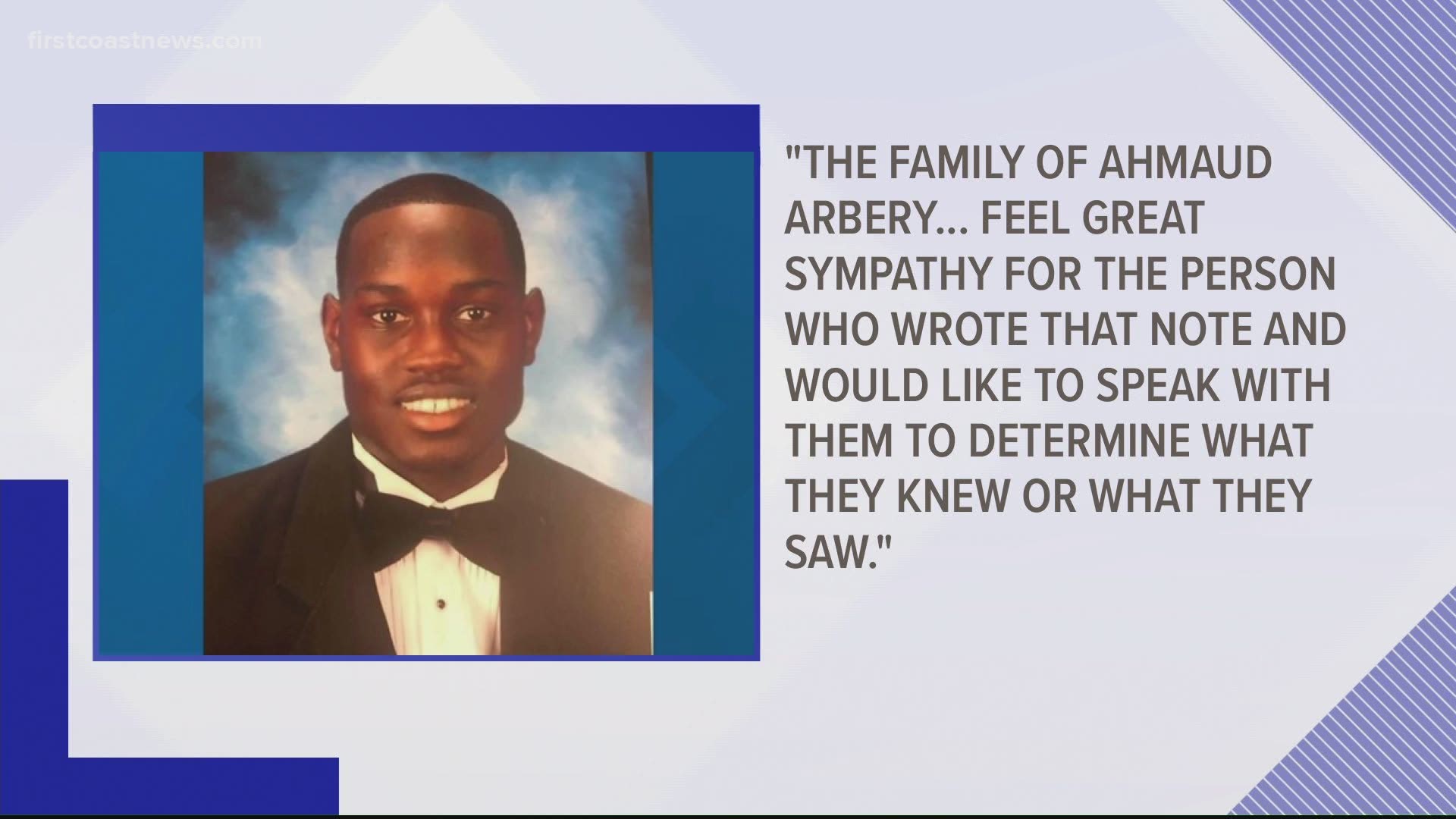 BRUNSWICK, Ga. — The family of Ahmaud Arbery wants to speak to the person who left a heartfelt note at the site of the 25-year-old's death, according to a statement released by the family's attorneys.

"The family of Ahmaud Arbery is very interested in reaching out to the individual who left the heartfelt note at the site of Ahmaud Arbery's death. They feel great sympathy for the person who wrote that note and would like to speak with them to determine what they knew or what they saw. If that person would like to confidentially come forward and communicate with the family, they can contact the legal team or reach out directly to Mr. Arbery's family.

Ahmaud Arbery's family has been overwhelmed by the well-wishes and expressions of kindness sent to them from people around the world. They would like to extend their sincere thanks to those who have taken the time to send a letter, write an email or honor Mr. Arbery in their own way. Support from family and friends and the kindness of strangers are the only things keeping them going during this incredibly difficult time."

The exact contents of the notes were not revealed in the statement.

Arbery was shot and killed on Feb. 23 in Brunswick, Ga. after a confrontation with two men who told authorities they thought Arbery had burglarized a home that was under construction.

Surveillance video taken moments before the confrontation showed a man who appeared to be Arbery enter and leave the home in the Satilla Shores neighborhood.

The owner of the home later said nothing was stolen.

Greg McMichael and his son Travis McMichael were arrested on suspicion of murder and aggravated assault.

RELATED: Best friend, former coach of Amaud Arbery open up about what he meant to them