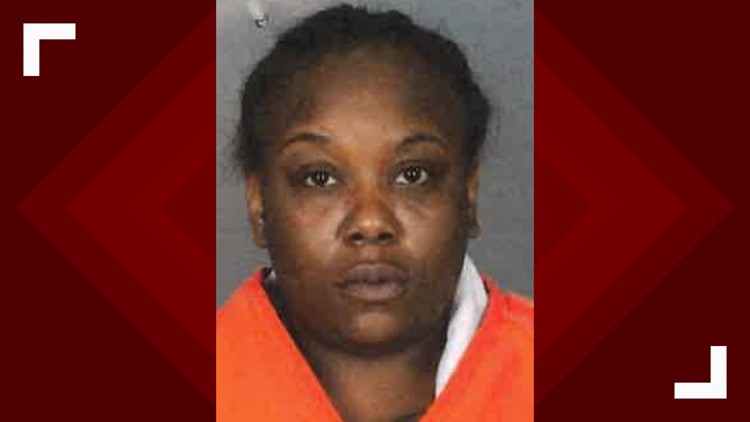 Fight between cousins escalates to shootout in Waco

Police said they believe an argument between the two cousins turned into a physical fight. Several more joined in the fight before the cousins grabbed their guns.
Author: Paris Jones
Published: 10:08 AM CDT May 29, 2019
Updated: 4:17 PM CDT May 29, 2019

WACO, Texas — A woman was arrested and taken to the Hillcrest emergency room with a gunshot wound to her hand after police say an argument over money turned into a shootout between the woman and her cousin at Oakwood park.

Waco police responded to the call referencing two people actively shooting at each other around 8:30 Tuesday evening. Initial reports said the suspects left in a red Chevrolet Equinox toward La Salle Ave. from S. 9th St., according to Sgt. Patrick Swanton.

Swanton said there were young children in the car and several females were taken into custody. Police also found one of the women had a gunshot wound to her hand.

The woman was identified as Tierra Joyce Smith, 32, of Waco.

Additional officers were sent to see if any gunshot victims were still at the scene. Officers found numerous handgun shell casings along with blood evidence at the crime scene, Swanton said.

Officers said they believe Smith and her cousin had gotten into an argument over money that turned into a physical fight with several other joining in.

During the fight, Smith's cousin retrieved a handgun and initially fire a shot or two in the air before threatening Smith who then retrieved her own gun, Swanton said.

The two started firing at each other while multiple people were in the immediate area. Luckily, no one was shot except Smith. Several parked cars were also shot.

Smith was arrested and taken to Hillcrest ER to be treated for her injuries, but the cousin involved has not been located.