Five people died at the Iconic Village Apartments near the Texas State University campus on July 20. 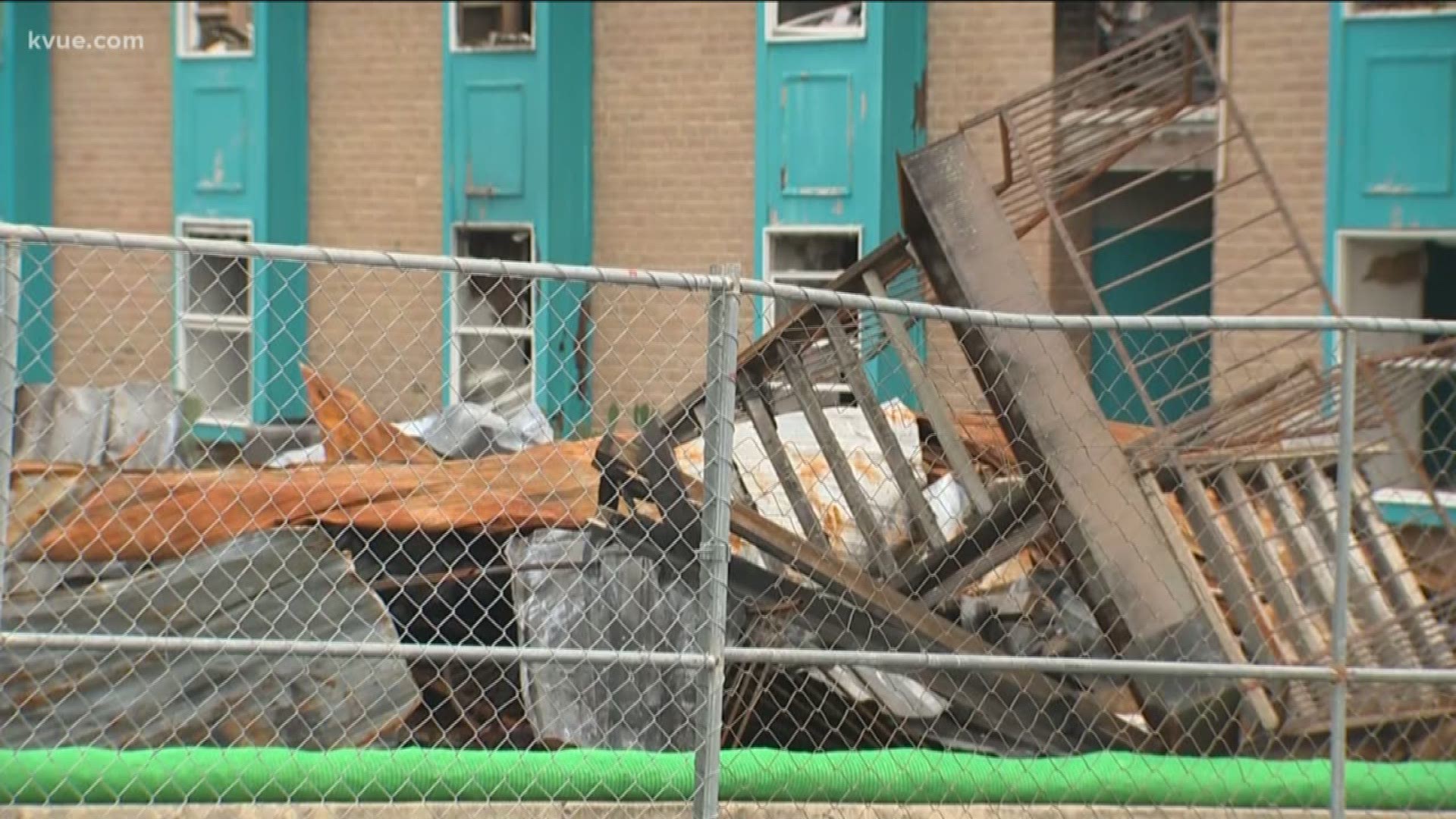 SAN MARCOS, Texas — Fire investigators are offering a $10,000 reward to find the suspect responsible for a deadly fire in San Marcos.

Five people died at the Iconic Village Apartments near the Texas State University campus on July 20.

Once a suspect or suspects are identified, they could be charged with arson.

The fact that this fire was intentionally set, and this is now a criminal investigation, concerns people who used to live at the apartment complex.

"I woke up, and I noticed that it was like, really bright outside,” former resident Matt Sanborne said.

Sanborne now lives across the street from the Iconic Village Apartments.

“I thought it was kind-of weird."

That bright light on the morning of July 20 prompted Sanborne to call 9-1-1.

"Got some stuff out, like some clothes,” he said.

The Iconic Village Apartments fire killed Dru Estes, roommate of Tyler Brockington, who was in Katy at the time of the fire.

"I considered staying up there during the summer, so it was like -- that could have been me," Brockington said, adding, "Well, what if I had been there? Could I have waken him up?"

The Bureau of Alcohol. Tobacco, Firearms and Explosives (ATF) said they are confident there are people who heard something before or after the fire that could be helpful.

At least three lawsuits have been filed against the apartments. They claim fire alarms failed to warn all residents.

"Reviewing of all the video and all the footage that we had, the smoke alarms were present,” Kistner said. “We heard the audible signals going off. As to when they went off and how many of them went off, we can't give specifics on that."

Nothing could bring the five people who died back, but former residents still want closure.

“Now that I know that it was somebody that did this, this was the will of an individual…I haven't been able…I haven't had time to work through those kind of feelings," Brockington said.

They wish circumstances were different.

"I wanted it to be a sort of malfunction,” Brockington said. “Something that couldn't be ascribed to one individual."

Fire investigators said they can't say how the fire started, in order to protect the investigation.

If you have information that could help the ATF find a suspect, call them at 1-888-ATF-TIPS.