Jeffrey and Maria Gilseth were indicted for interfering with child custody Wednesday. The couple was accused of kidnapping their three sons during a supervised visit. 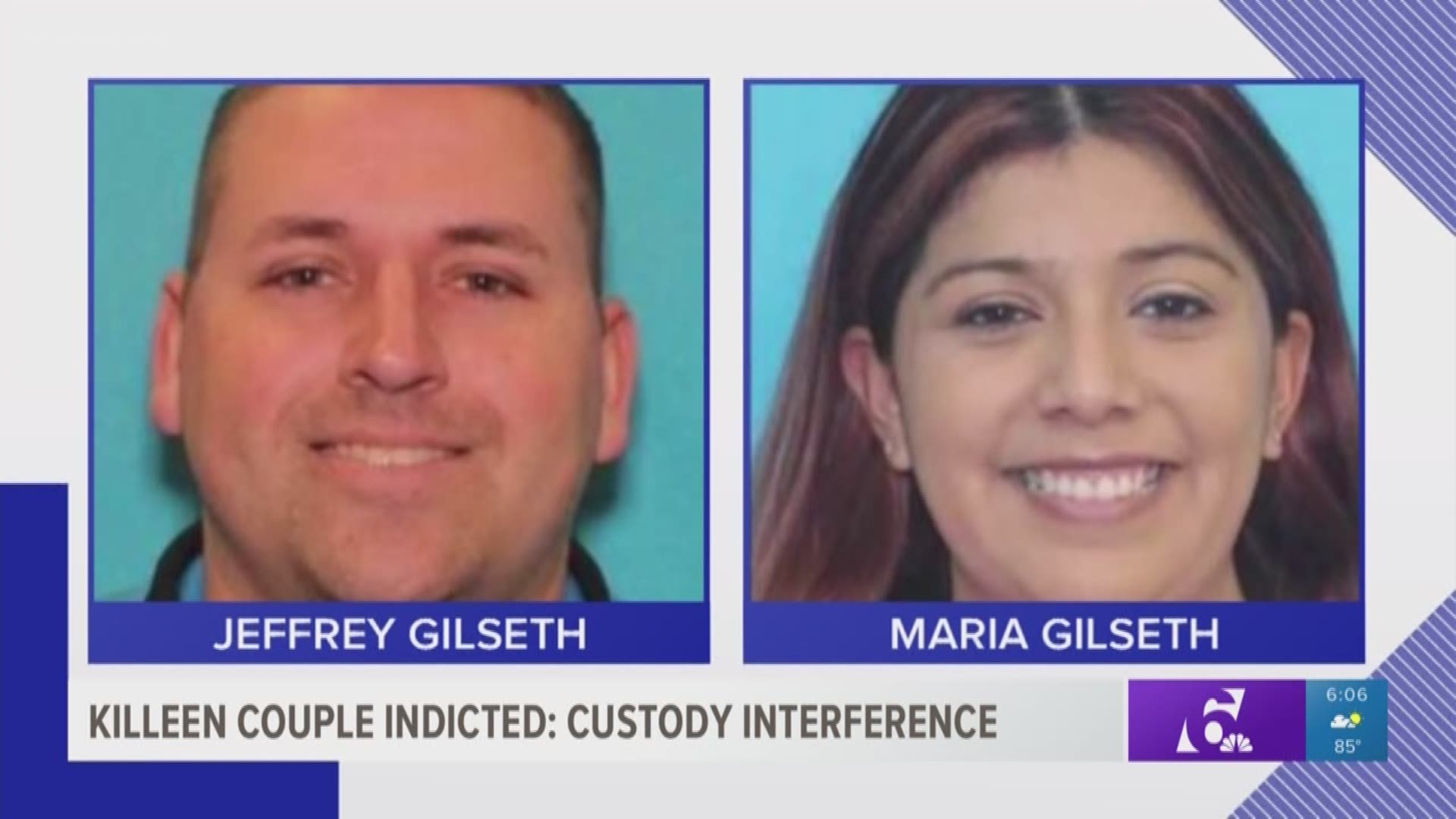 The couple was accused of kidnapping their three sons during a supervised visit.

McCulloch County Sheriff John Dagen said children-- ages 11, 9 and 4-- were removed from their parents’ custody by Child Protective Services. They were in Killeen when Jeffrey and Maria took them.

The children were believed to be in "imminent danger" at the time. They were found safe with Jeffrey and Maria in Topeka, Kansas, where the couple was arrested.

RELATED: 3 Killeen kids who were found in Kansas back home and safe with grandparents

RELATED: How the Gilseths lost custody of the 3 kids police say they kidnapped

RELATED: A look at the supervised meeting policies of Department of Family and Protective Services

The affidavit said CPS was called for to provide services because "clearly the relationship was dysfunctional."

According to a petition for protection of a child, the Department of Family and Protective Services acted on a request for emergency orders on May 10, 2018, and took the children into its possession.

The department received a report detailing abuse Jeffrey inflicted on Maria in March 2018.

The report said a man picked up Maria, whose body was covered in bruises, on a McCulloch County road. The man called police, and Maria told officers Jeffrey Gilseth had pulled her hair, threw her to the ground and beat her.

"Mr. Gilseth is diagnosed with PTSD and anger management issues. He also has weapons," the report said. "Mr. Gilseth has quit taking his medication to manage his PTSD and anger and he also recently lost his job as a lab tech in Brownwood."

The report said Jeffrey was unpredictable and violent, but Maria told police that the worst thing he'd done to the kids was curse at them.

According to the affidavit, during an interview with CPS, she refused to reveal if there were previous domestic violence incidents in their home.