Dashcam video shows the deputy walking back to his patrol unit when the suspect shot him in the back of the head. 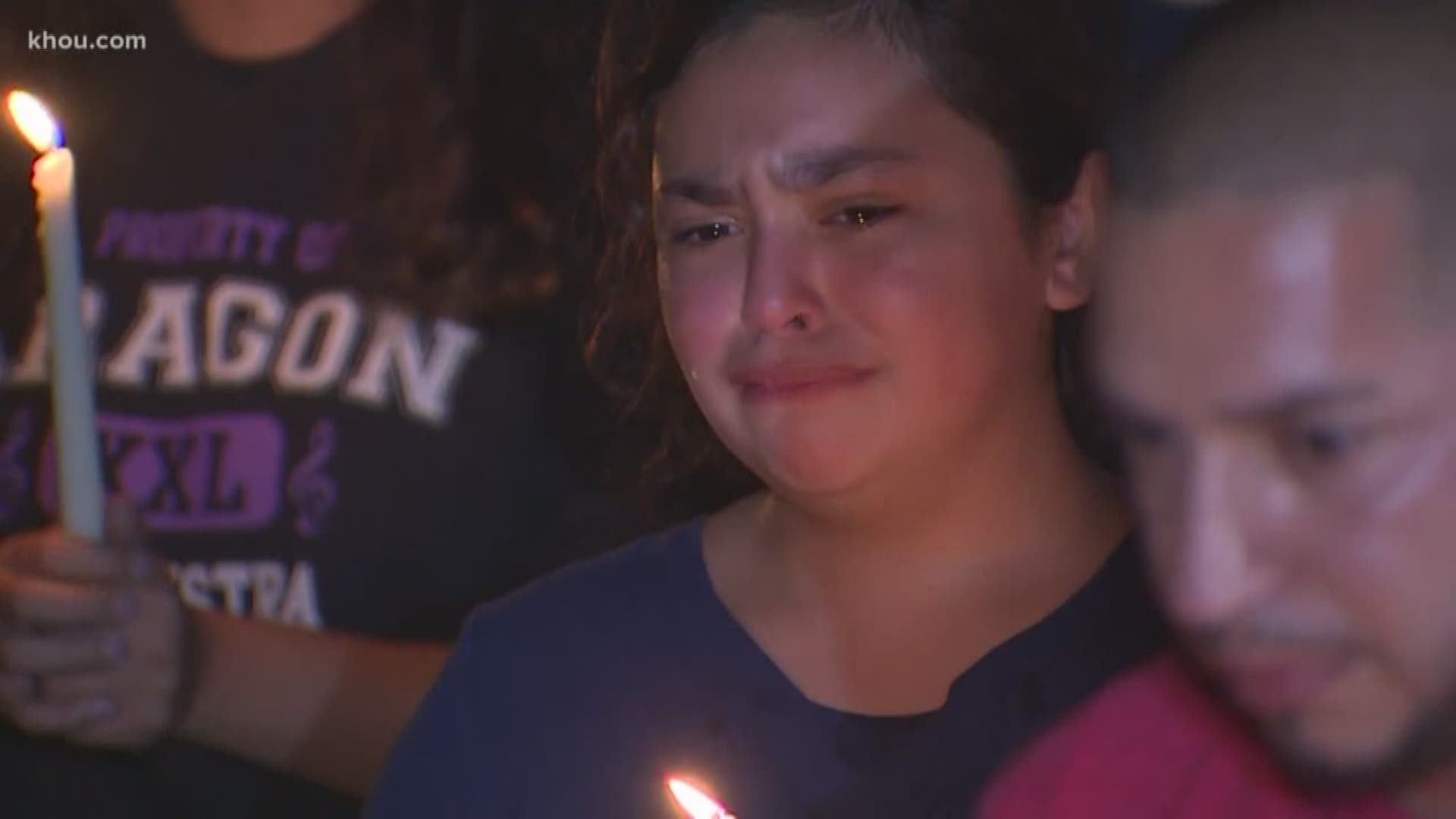 Deputy Dhaliwal was conducting a traffic stop in the 14800 block of Willancy Court near West Road in northwest Harris County when he was killed.

There were two people in the car that Deputy Dhaliwal pulled over.  As the deputy was walking back to his patrol unit from that car, Gonzalez says a man, identified as Soliz, got out and shot him.

"The suspect shot Deputy Dhaliwal at least a couple of times from behind in a very ruthless, cold-blooded way," Gonzalez said.

Gonzalez says the suspect then took off.

Cy-Fair Fire Department crews performed CPR on Deputy Dhaliwal before he was rushed by Life Flight to Memorial Hermann Hospital. Doctors there weren't able to save him.

Soliz was arrested inside a nearby business and the gun believed to be used in the shooting was found in the parking lot.

A woman who deputies believe was a passenger in the car was also taken into custody.

Soliz is an ex-con with a violent criminal history. He had at least one open warrant for a parole violation.

Deputy Dhaliwal remembered as a trailblazer and hero

Deputy Dhaliwal is being remembered as a trailblazer and a hero with a "heart of gold." He was a 10-year veteran of the department who leaves a wife and three children.

"We ask you to support the family because they’re devastated," Sheriff Gonzalez said. "We’re a family. We’ll pull together during this difficult time."

Gonzalez described the fallen deputy as a "leader in every sense of the word."

Gonzalez said Deputy Dhaliwal was the first member of the Sikh community to become a Harris County Sheriff's deputy. He beamed with pride in 2015 when the department announced Deputy Dhaliwal could wear his turban and beard.

RELATED: Remembering HCSO Deputy Dhaliwal and others who have died in the line of duty

"Our city’s grief is boundless in the rare instance that a first responder in our region dies in the line of duty. But the killing of Harris County Sheriff’s Dep. Sandeep Dhaliwal today brings with it an exceptional horror. He was a bold and groundbreaking law enforcement officer in the eyes of our county, our state, our nation, and around the world, because he sought and received permission to patrol while wearing the outward signs of his Sikh faith, including a turban and beard.

"The story of him putting the Sikh imperative of “seva” -- selfless service --  on display as a peacekeeper went worldwide. In that role he was a walking lesson in tolerance and understanding, which are values Houstonians uphold here in the nation’s most diverse big city. I send my deepest condolences to the deputy’s family, to Sheriff Ed Gonzalez and the men and women of the Sheriff’s Office."

“Today, Cecilia and I join Texans in mourning the loss of the Harris County Sheriff’s deputy who was shot and killed in the line of duty,” said Governor Abbott. “It is with heavy hearts that we send our deepest sympathies to the deputy’s family, friends, and his brothers and sisters in law enforcement. This tragic loss is a grave reminder of the risks that our law enforcement officers face every single day. I thank the officers who bravely responded to apprehend the suspect, and I assure you that the state of Texas is committed to bringing this killer to justice. Cecilia and I ask all Texans to join us in praying for the family and the entire Harris County Sheriff’s Department.”

Several agencies and officials throughout the state of Texas posted their condolences and messages of support for HCSO on social media.

This is a developing story. Refresh this page for updates.