Sheriff Ed Gonzalez refused to condemn or clear his deputy for what happened because the matter is still under investigation. 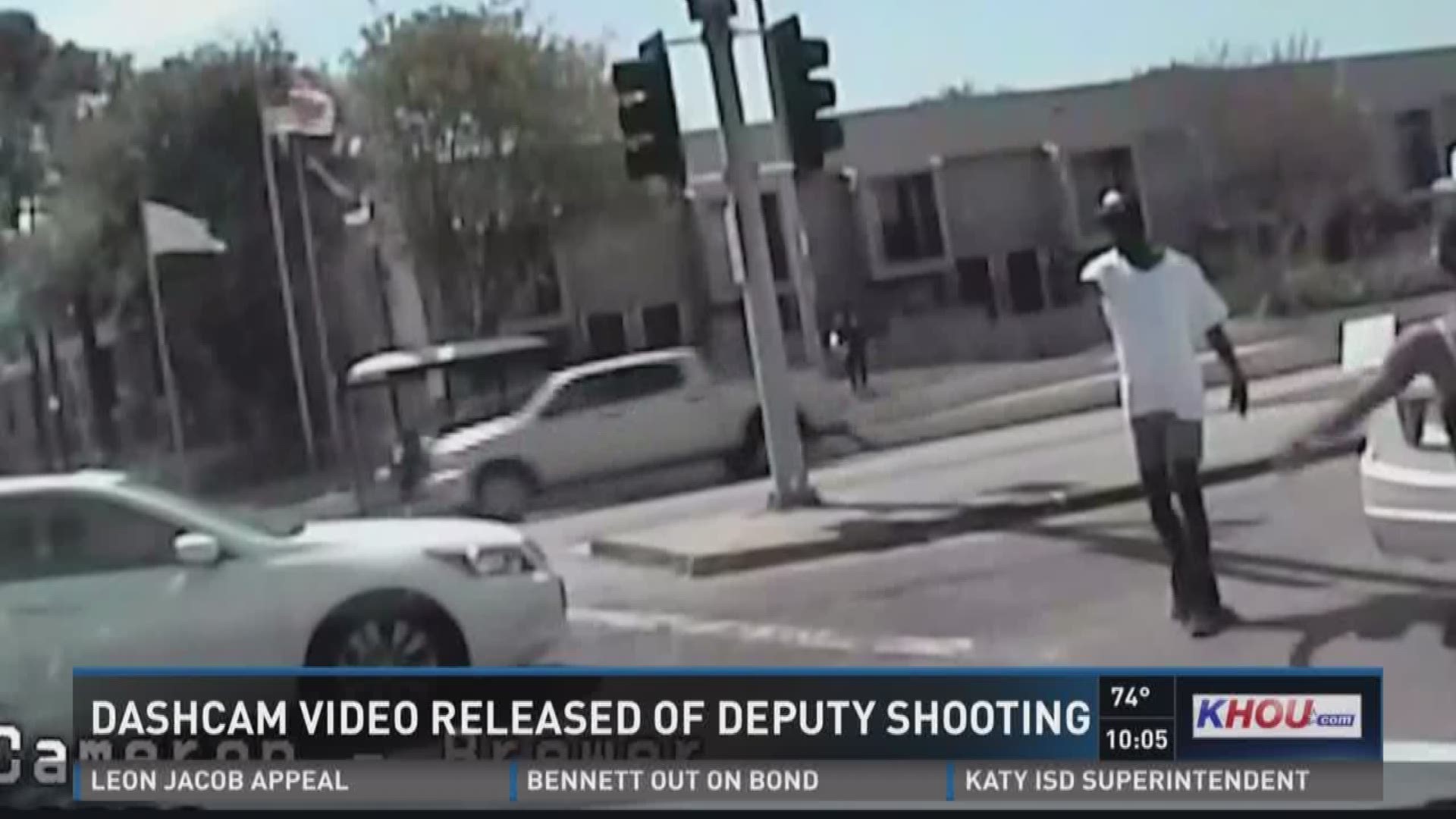 HARRIS COUNTY, Texas - New dash cam video showed what led to the shooting of an unarmed man by a Harris County Sheriff’s deputy in the Greenspoint area last week.

Sheriff Ed Gonzalez refused to condemn or clear his deputy for what happened because the matter is still under investigation.

Related: Sister of suspect shot by deputy: He hadn't been the same since his children were murdered

Video shows the deputy, a 7-year veteran, stop his cruiser on Greens Road at Imperial Valley. He saw a fight brewing and jumped in to break it up.

Witnesses recorded some of what happened next. Danny Thomas, 35, was unarmed with his pants down, walking toward the deputy who was retreating while aiming a gun at Thomas’ chest. The deputy was also yelling to get down several times.

Sheriff Gonzalez, whose office will decide if the deputy involved followed procedure or deserves punishment, told KHOU 11 News the deputy feared for his life. He killed Thomas with a single shot.

The sheriff tried to show reporters on the video where Thomas foamed at the mouth during the confrontation.

“It seemed like he wanted to kill my nephew, 'cause he had his weapon drawn,” said Detrick Thomas, Danny Thomas’s uncle.

Detrick Thomas considers it murder. He was with his nephew hours before the shooting. He claims Danny Thomas was extremely distraught and crying over his two murdered children. Both were drowned then buried under a house allegedly by Thomas’ wife.

Given Danny Thomas’s behavior captured on camera, his uncle does not question the confrontation -- only its result.

Sheriff Gonzalez offered condolences to the Thomas family. He did not, however, declare the shooting justified. He is waiting for his office, Houston Police and the medical examiner’s office to finish their separate investigations.

The Harris County Sheriff’s Office on Monday released dash cam video in a controversial shooting that occurred last week in the Greenspoint area.

The case involves a deputy who fatally shot 34-year-old Danny Thomas, who was unarmed.

Sheriff Ed Gonzalez said releasing the video is about being transparent, demonstrating they are looking at every piece of evidence available.

Gonzalez said Thomas was fighting with another man in the street on Greens Road at Imperial Valley Drive. A deputy driving by saw the altercation and broke it up.

Thomas was not armed, but Gonzalez said Thomas kept walking toward the deputy who eventually fired one shot.

"These situations are not exact," Gonzalez said during Monday's news conference. "No one situation is going to be exactly the same, so there is some latitude there for the deputy to use everything in their totality to where, again, it could be giving verbal commands and using hand strikes to a Taser, so it's a continuum."

HCSO and the Houston Police Department are both conducting their own investigations into the shooting.