'He did everything a dad is supposed to do': Maryville family mourns father who drowned after saving daughters in Florida

A Maryville family confirms a husband and father drowned while saving his daughters from rough currents in Florida. 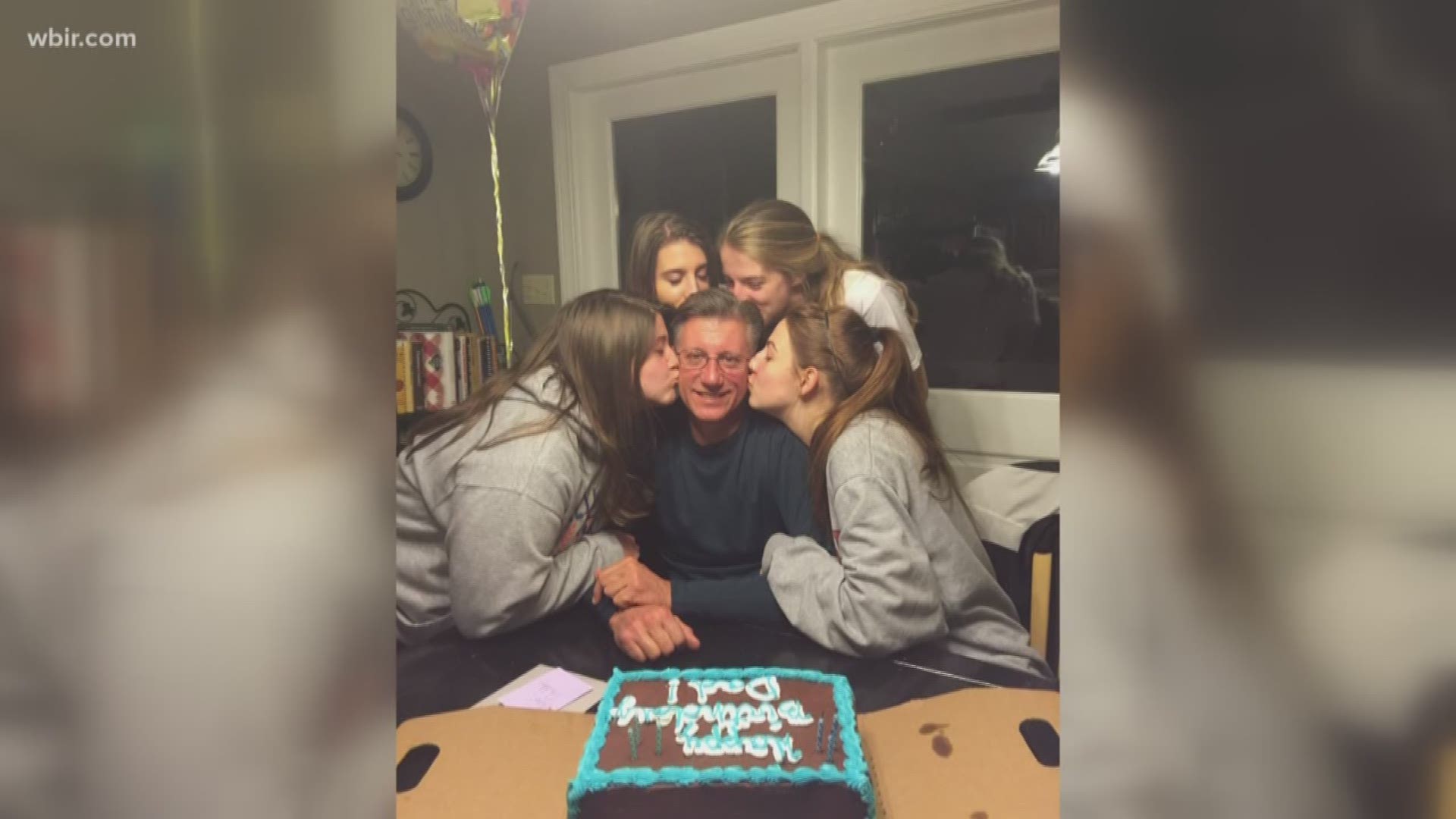 WALTON COUNTY, Fla. — Julie Pepperman and her husband, Fred, honeymooned at the beaches in Walton County, Florida, 32 years ago.

Now, as her July 26 anniversary approaches, the beach has a different meaning.

Pepperman told 10News her husband died while saving his daughters from rough waters at the Seacrest and Miramar area beaches on Sunday. It's near Panama City.

"He did everything a dad is supposed to do," Pepperman said.

As Tropical Storm Barry barreled toward Louisiana, the South Walton Fire District posted double-red flag conditions on its Facebook page Sunday and throughout the weekend. The beach safety director, David Vaughan, told 10News a 53-year-old man from Tennessee entered the water for a rescue attempt for his daughter.

Pepperman told 10News they were at the beach with extended family and the "water was fine." They noticed their 16-year-old daughter was far out and "you could just see something was wrong." That's when two of her other daughters and her husband went out to get her.

She said at one point all six of the family members were in the water.

Pepperman said her husband used all his strength to pull his daughters from under the surface and push them toward safety. She said her brother in-law brought out a board for them to grab on to.

She said three good Samaritans pulled her husband to shore and started CPR.

"Without him, three of mine definitely would be gone," Pepperman said. "It doesn't seem real."

Pepperman said her husband ran a commercial fire alarm business. They met when she was 16, and they have four daughters. Julie Pepperman is a teacher at Heritage Middle School in Maryville. She said they are originally from New Orleans, and they go to Florida "quite a bit."

"I just want people to know a lot of dads say they would do it, and he did it, so that's a dad," Pepperman said.

Funeral services are on Saturday.