Health officials advise the community to refrain from e-cigarette use while the national investigation is taking place. 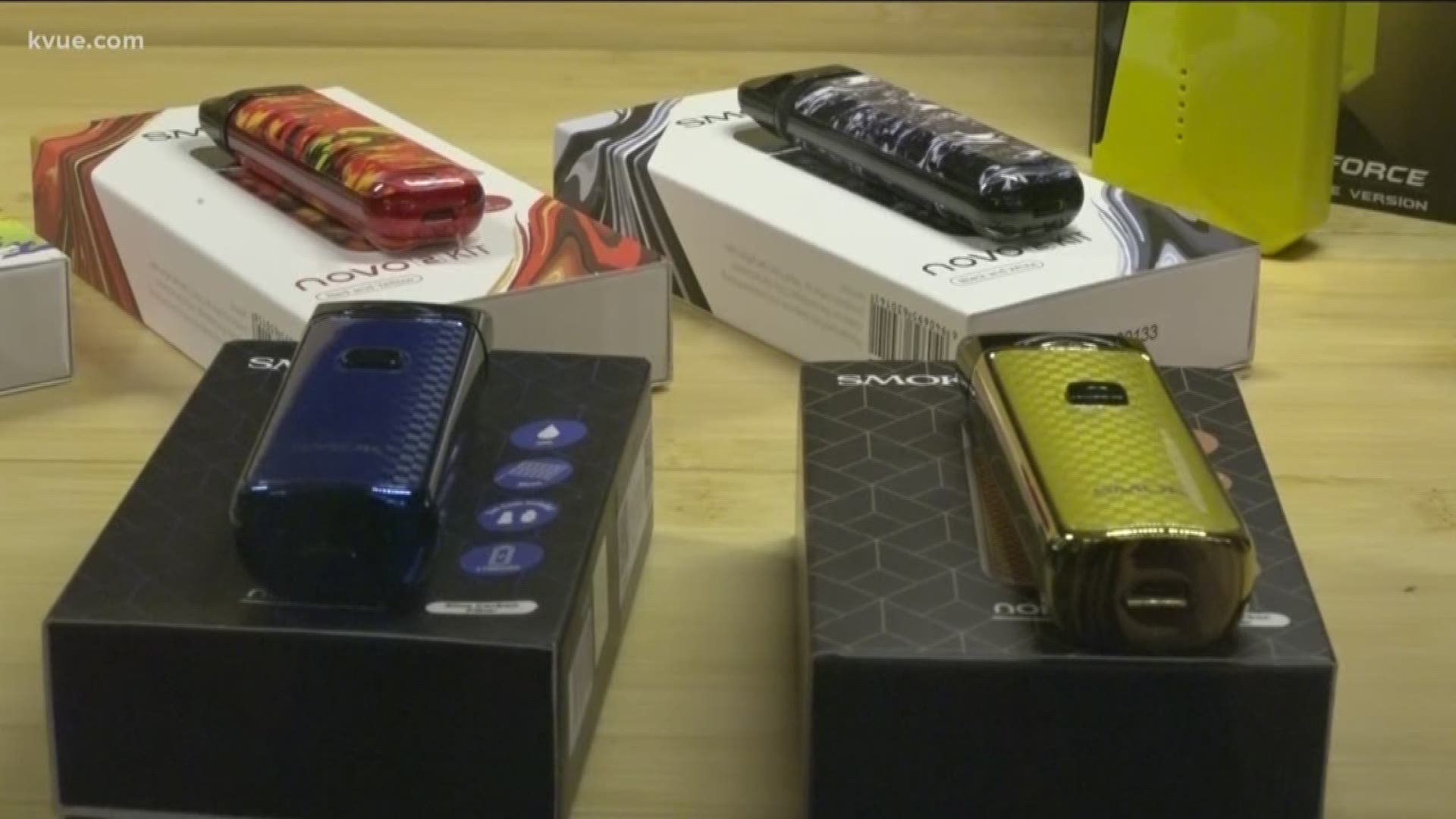 AUSTIN, Texas — The Austin Public Health epidemiology and disease surveillance unit has confirmed 11 lung injuries associated with electronic cigarette use in Travis County, as of Oct. 18.

Several additional potential cases are being investigated. Health officials warn against the use of e-cigarettes as the national investigation is taking place.

Austin Public Health said at least six cases in Travis County involve people younger than 40. Two of them are teenagers. These six were hospitalized and patient interviews and review of medical records are ongoing.

In Texas as of Sept. 23, the Texas Department of State Health Services is investigating 89 reports of people with lung injuries associated with e-cigarette use.

The Centers for Disease Control and Prevention said there have been 805 cases of lung injury reported from 46 states and one U.S. territory. At least 12 deaths have been confirmed in 10 states.

“It’s really not safe to use e-cigarettes or vaping products," Alternate Public Health Authority Dr. Mark Escott told KVUE on Thursday. "Particularly until we can do further investigations to make determinations on what in particular is causing these injuries."

APH said they are still trying to figure out, both locally and nationally, if particular brands or products are associated with the injuries.

Stephanie Helfman, manager of the chronic disease unit at Austin Public Health, said it's important for parents to start talking to their kids about not vaping sooner rather than later.

“We sent information out to our clinicians and area hospitals to start tracking disease as people were coming into the emergency department," said Pichette.

She also said triage nurses are asked to identify if their patient's illnesses were related to vaping or if they have a history with vaping.

Earlier this month, officials said a physician recently reported a possible vaping-related case to the department.

The CDC said that all of the reported cases have had a history of e-cigarette use or vaping, and that most patients reported using THC e-cigarette products. They say the investigation has not yet identified any specific product or substance linked to all cases.