6 News normally looks at the biggest national, local, trending, sports and weather stories. But with three major stories dominating the headlines, we had to adjust. 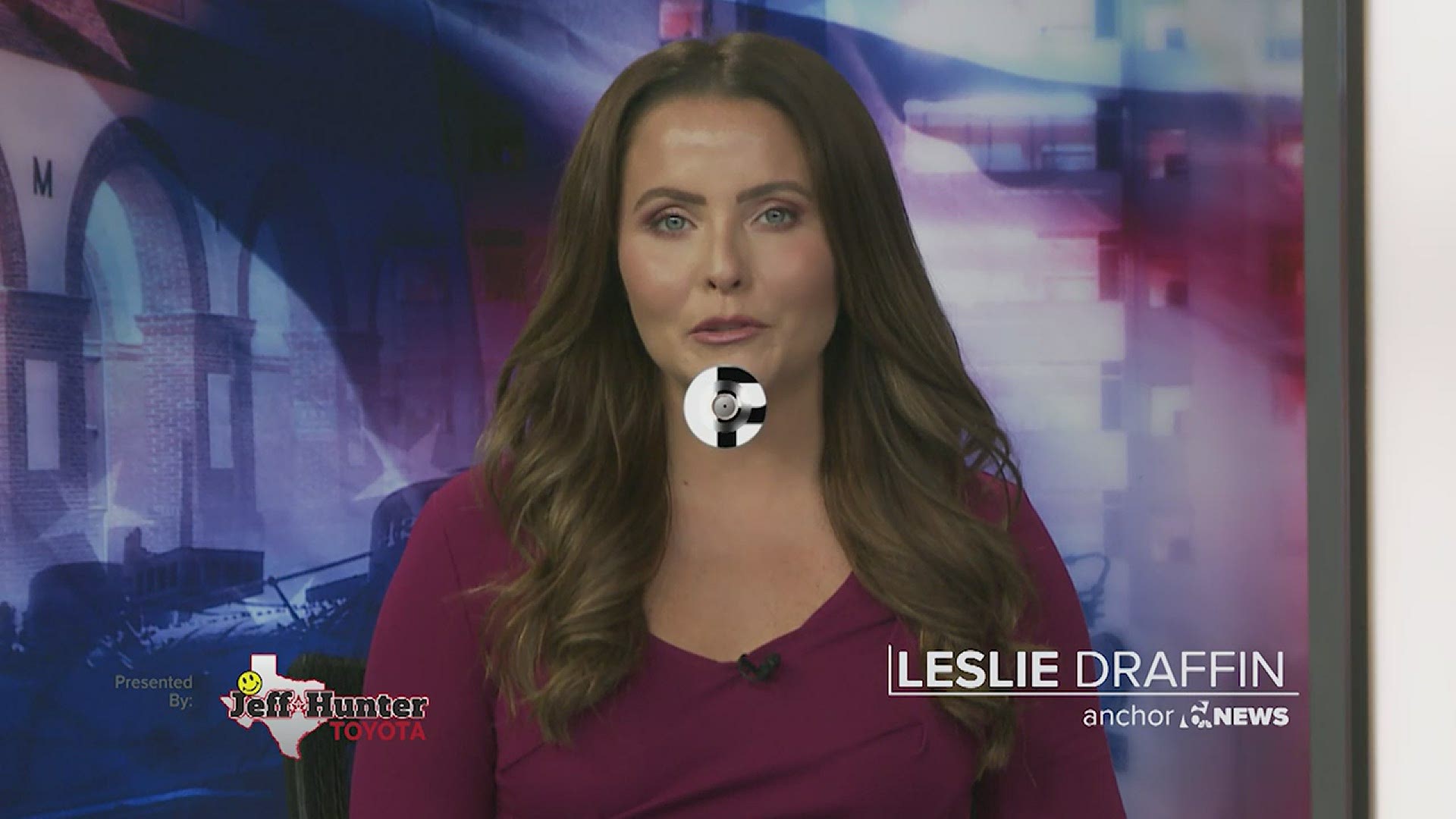 TEMPLE, Texas — 2020 was unlike any in history, which made the annual 6 News Year-in-Review special a little different.

Typically, we look at the biggest national, local, trending, sports, weather and state stories. But with three major stories dominating the headlines locally and around the world, we had to adjust.

The 2020 version still features the top local, trending and sports stories but it also includes a look at the impact of the COVID-19 pandemic, the election and the tragedy of Fort Hood soldier Vanessa Guillen.

Here's a brief overview of what we'll cover.

The tragic death of Frankie Gonzales. The two-year-old was first reported missing and later found dead in a dumpster. Waco police later charged his mother, Laura Sanchez, with murder.

The protests in Central Texas sparked by the death of George Floyd and other Black men and women at the hands of law enforcement. Temple native Michael Dean was among those killed. Temple Police Officer Carmen DeCruz was charged with manslaughter for Dean's death.

The other top stories include the Netflix show Cheer shot in Navarro County. The saga involving the never-to-be Temple Aquarium and the sexual assault case against Falls County Sheriff Ricky Scaman.

RELATED: 7 Seas was 'unfortunately, never a viable option' according to City of Temple emails.

2020 will forever be remembered for the impact of the COVID-19 pandemic. A virus that started in China quickly spread around the world and changed everyone's normal way of life.

Evening anchor Kris Radcliffe broke down how the pandemic started when it first came to the U.S. and how it changed life in Central Texas.

Guillen was killed April 22 by another soldier on post who then dismembered her body and buried her remains, according to a criminal complaint.

Her remains weren't found until June 30 but the search and calls for justice from her family sparked a massive change on Fort Hood.

By the end of the year, new leadership was in place, 14 leaders had been fired or suspended and a bill designed to protect victims of sexual assault or harassment in the military was before congress.

Cole Johnson looks at not just the Presidential election but also the key local and state races.

U.S. Rep. District 17 was up for grabs along with Sen. John Cornyn's seat, who faced a tough challenge from M.J. Hegar.

Sports Director Kurtis Quillin looks at how COVID-19 changed the landscape of sports beginning with the shutdown of all sports in March.

6 News was there when the Big 12 Tournaments were canceled bringing an end to the Baylor men and women's teams chances for championships.

By year's end, sports had returned but with unprecedented safety protocols at every level, from high school to the pros.

The news wasn't all bad in 2020. Texas Today anchors Heidi Alagha and Chris Rogers looked at the top trending stories.

From Royal Family news to a Tiger King and a Baby Shark, these were the stories that had everyone talking.

It was a year many of us would like to forget, but as 2021 arrives, let's stay hopeful that better times are ahead.